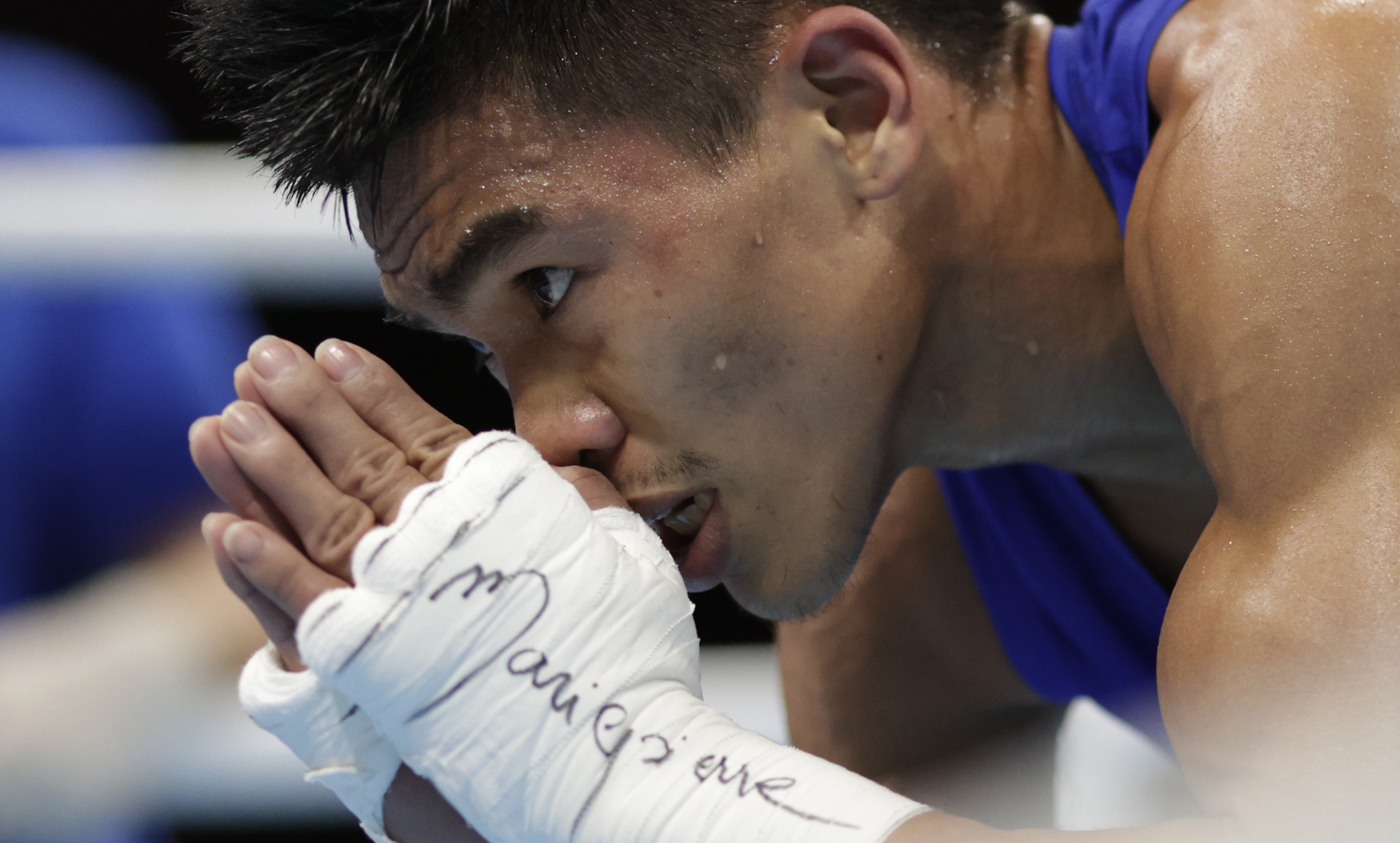 That isn’t lost on the Bukidnon-born boxer, who assured himself of a silver medal in the Tokyo Olympics by outclassing Ryomei Tanaka of Japan in their flyweight semifinal clash on Thursday at the Ryogoku Kokugikan Arena.

This Saturday, Paalam can accomplish something even greater and do what Nesthy Petecio, Onyok Velasco, and Anthony Villanueva couldn’t: Win for fight-crazy Philippines its first-ever Olympic gold medal in boxing. And in a campaign full of feel-good stories, Paalam’s is certainly right up there.

His scavenger-turned-national athlete story is well-chronicled, and a testament to the power of the human spirit. Now, the adopted son of Cagayan de Oro is on the verge of authoring a most improbable ending to his already inspiring story—one where he is standing on a podium, a gold medal around his neck and singing “Lupang Hinirang” as the Philippine flag is being raised.

No one—save for Paalam, his coaches, and a few believers perhaps—could have seen this moment coming. Paalam, after all, is the youngest and the least experienced among the country’s four boxers in the Summer Games. He also didn’t qualify outright, only making it to Tokyo because he was ranked high enough to get a free pass from the International Olympic Committee Boxing Task Force.

The low expectations, however, became a blessing in disguise for the young man. He turned heads in his Olympic debut by beating world no. 6 Brendan Irvine, then served notice that he was no pushover by dominating Mohamed Flissi in the round of 16. Next was a date against reigning gold medalist Shakhobidin Zoirov of Uzbekistan, and quite a few believed that it would be the end of Paalam’s storybook stint.

But Paalam proved the naysayers wrong yet again, riding a strong start to eke out a 4-1 split decision victory. It was an abbreviated contest, halted due to a massive cut on Zoirov’s left eyelid caused by an accidental headbutt. Paalam though was in control at the time of the stoppage, countering beautifully and stifling his world-class opponent with speed and well-timed hits.

Against Tanaka, it was pretty much the same. While it went the full route this time, there was no doubt that Paalam dominated the fight, earning a unanimous decision victory to move on to the gold medal match.

As he has done throughout the tournament, Paalam was quick to deflect credit and instead heaped praise on his coaches, including the now highly regarded Don Abnett, the boxing sage being credited for the country’s breakthrough showing in the Tokyo Olympics.

“Si coach Don malaking bagay sa’kin,” said Paalam. “I always watch the moves of the opponent. They always give me instructions, and I always listen to him (Abnett). Thank you so much. I love you my coach, all my coaches.”

Up against the hometown bet, Paalam, a Southeast Asian Games gold medalist, was once again in fine form, flummoxing Tanaka with counter after counter while moving away deftly from danger. Paalam was also a picture of calm throughout the fight, neither engaging with his taller foe nor falling for his roughhousing tactics. He was simply clinical, combining speed and smarts just as his corner planned.

His unlikely Olympic story is about the end, with Galal Yafai of Great Britain as the final antagonist—the only man now standing in the way of Paalam and boxing immortality.

But whatever the outcome on Saturday, Paalam’s hello to the world has been one to remember, especially for someone barely scratching his immense potential. Then again, there is no better way to end the story but with a dash of gold.

The young, fearless underdog knows it, and he is asking his fellow Filipinos to support him, believe in him, pray for him.

The finish line is two days away, and young Carlo Paalam is no doubt ready to end things on his own terms. (PM)