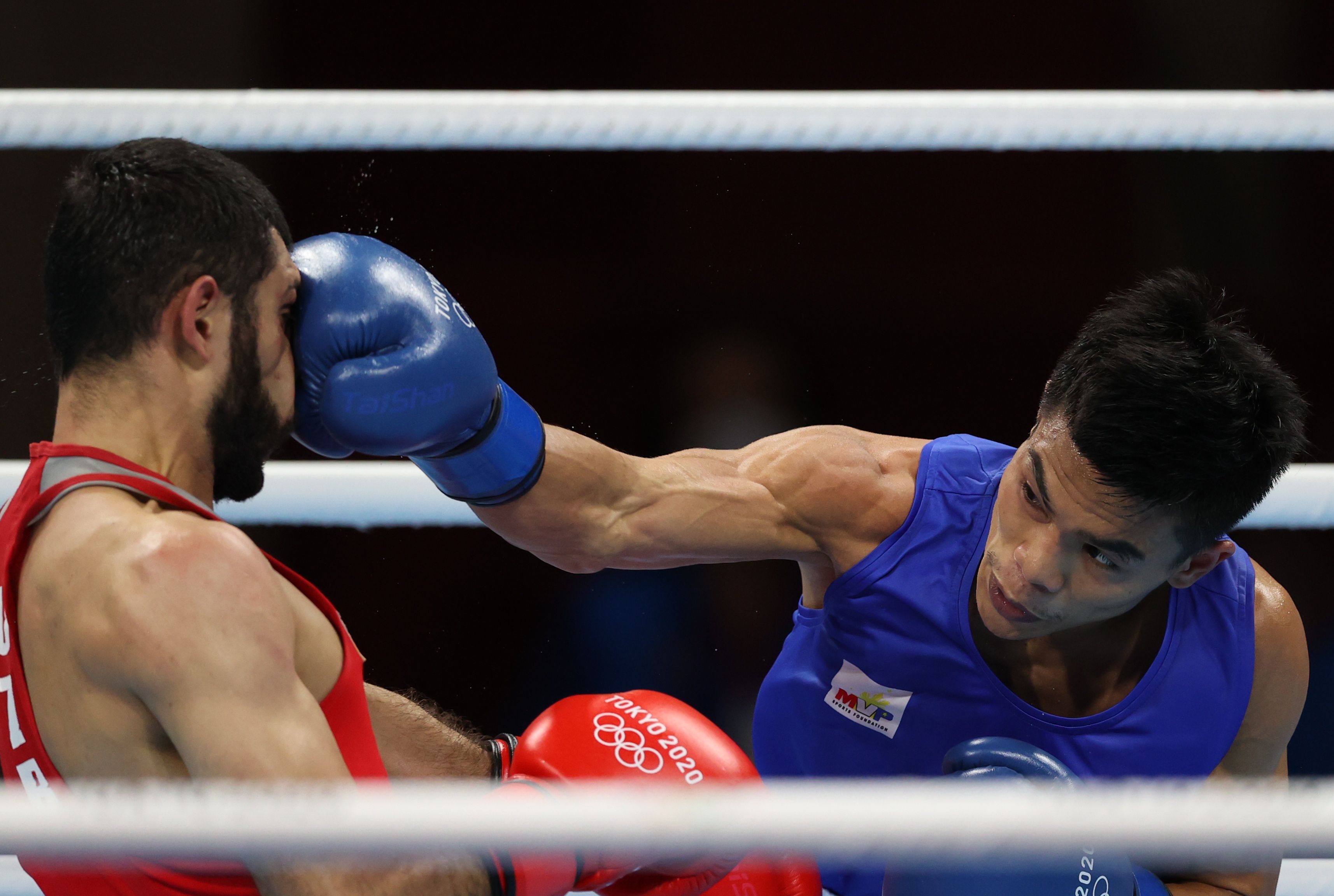 (August 3, 2021) – Defending gold medalist and world no. 1 Shakhobidin Zoirov of Uzbekistan entered the flyweight competition in the Tokyo Olympics armed with a seemingly unbeatable aura.

The champion of the 2016 Rio Olympics and the 2019 AIBA World Championships breezed thru the preliminary contests, scoring comfortable unanimous decision shutouts in his first two matches, utilizing masterful movements to daze both opponents.

But then he came across a mild-mannered, unassuming Filipino pugilist in Carlo Paalam in the quarterfinals on Tuesday, and in just a matter of minutes, Zoirov was crushed.

Paalam scored an impressive split decision victory against the highly favored Zoirov, in one of the most stunning upsets in boxing in this year’s Summer Games. But Paalam was quick to acknowledge the skills of his tough counterpart.

Despite going up against a difficult adversary, the 23-year old Paalam was calm and collected in his approach, and was a picture of consistency throughout the fight.

It can be said that half of the battle was already won even before the two fighters entered the ring, as Paalam’s coach Don Abnett devised a strategy that set up their offense perfectly.

“We didn’t want Carlo to just stand there and trade with him, we wanted him to let Zoirov lead off and counter, then go forward after that,” said Abnett, who previously coached Australia in two editions of the Olympics. “The chest was our target because our opponent’s head was moving a lot.”

Also part of the winning strategy was for Paalam to push hard to win the opening round, and doing so will put pressure on the 28-year-old Zoirov.

All the homework by Paalam and his mentors proved to be the difference. An accidental clash of heads brought a halt to the action inside the two-minute mark of the second round, as the referee noticed blood on both fighters. The ringside doctor then called off the contest after seeing the large cut on top of Zoirov’s left eye. But at that time, it was already apparent that the victory was achieved by the aggressive Paalam.

The Cagayan de Oro native will look to advance to the finals on Thursday and keep his hopes alive for a gold medal—the country’s first, if ever, in Olympic boxing. Paalam, however, also gave a special shoutout to his detractors.

He will next face Japan’s Ryomei Tanaka, who’s also coming off an upset victory of his own after defeating reigning silver medalist Yurberjen Martinez Rivas of Colombia. (PM)