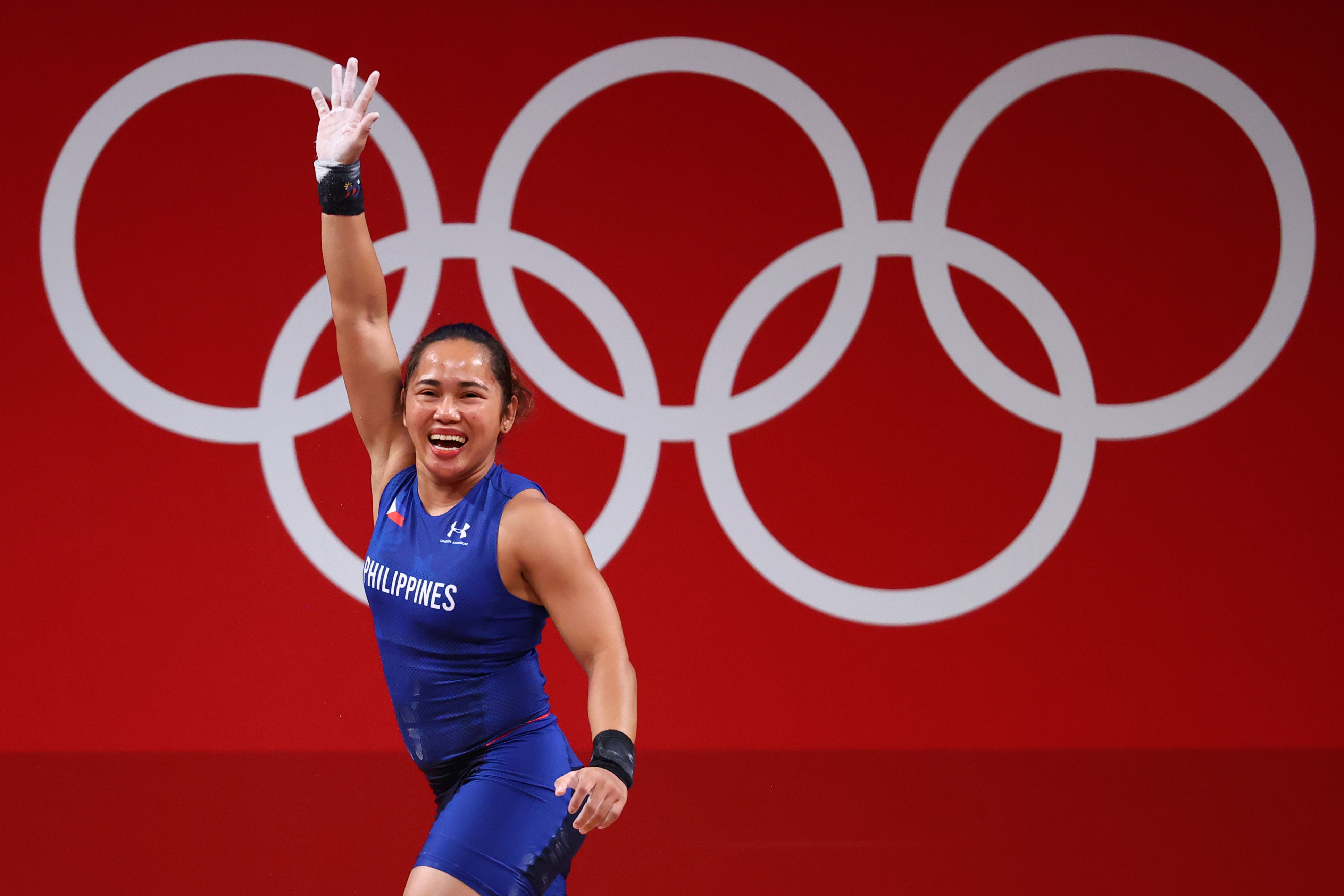 Diaz landed at the Ninoy Aquino International Airport at 5:45 p.m. on Wednesday aboard a Philippine Airlines aircraft. She was scheduled for an earlier arrival but the flight was moved by more than an hour from Tokyo, Japan.

With Diaz are members of Team HD, coaches Gao Kaiwen and Julius Naranjo, psychologist Dr. Karen Trinidad, and nutritionist Jeaneth Aro. It was a triumphant return for them after Diaz captured the milestone gold medal in weightlifting in the Tokyo Olympics last Monday.

Also with them on the flight was skateboarder Margielyn Didal, who charmed the Summer Games with her infectious, ever-present smile and cheerful, happy-go-lucky demeanor, as was well as her coach Dani Bautista.

Due to her ankle injury, Didal was in a wheelchair, although she has said it’s nothing too serious. She fell short in bringing home a medal.

Decked and looking sharp in her Philippine Air Force uniform, Diaz was cheered on by an adoring crowd, which would have been significantly larger had there been no COVID-19 crisis. The four-time Olympian then paid a virtual courtesy call to Malacañang, where she was congratulated by President Rodrigo Duterte and several Cabinet members.

Duterte then awarded the 30-year-old Diaz an additional P3 million, along with a fully furnished house and lot in her hometown of Zamboanga City. He also reminded Diaz that she will receive the Presidential Medal of Merit “at an appropriate time.” With this honor, Diaz will join a distinguished list of Filipino athletes that include bowler Paeng Nepomuceno and boxers Gabriel Elorde and Manny Pacquiao.

Diaz wasn’t given time to talk during the virtual courtesy call.

Waiting eagerly for the 30-year-old weightlifting wonder is her family, who she has not seen for almost two years due to her continuous training for the quadrennial meet and the COVID-19 pandemic, which kept her stuck in Malaysia. From there, she went straight to the Tokyo Olympics.

According to the Tokyo Olympics Organizing Committee, athletes and their teams are mandated to leave within two days after finishing their event as part of strict COVID-19 protocols.

“I want to hug her,” said Diaz’s mother Emelita in Filipino in an interview with CNN Philippines’ Sports Desk. “I really miss her. It’s been a year since we last saw each other.”

The Diaz family, however, would have to wait for a few more days as the newly minted Olympic queen will be staying in a hotel in Pasay for their mandatory seven-day quarantine. (PM)