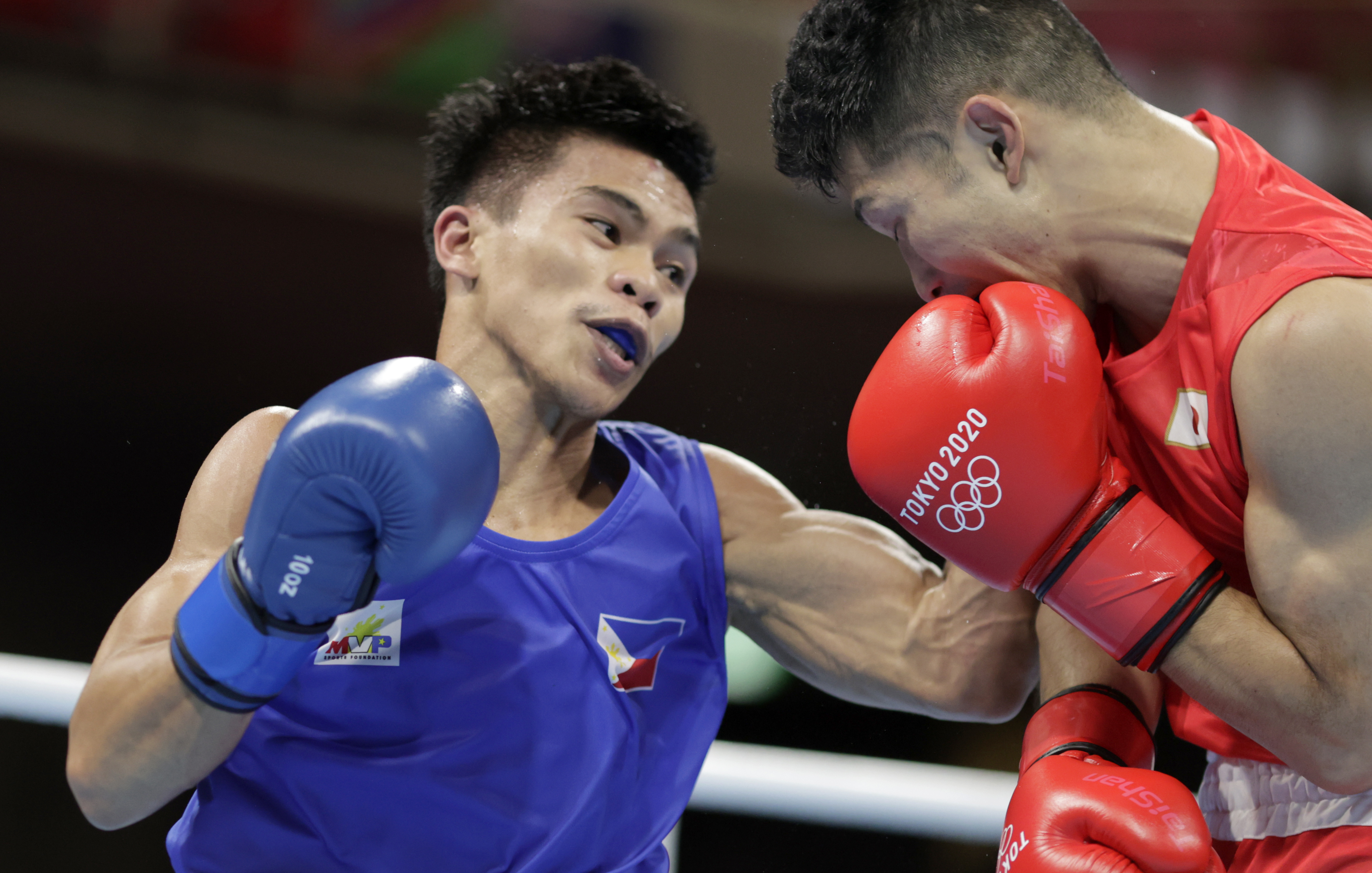 (August 6, 2021) – For the first time in the Tokyo Olympics, Carlo Paalam will not enter the ring as an underdog, never mind if his opponent, Galal Yafai, is used to the world stage and has boxing in his blood.

Yafai’s older brother, Kal, is a former Olympian and world champion while his other brother, Gamal, is a European champion and former professional. The youngest Yafai is also part of the vaunted Great Britain squad, which has already secured six medals in this Summer Games. The 28-year-old Yafai is also taller and more experienced than the 23-year-old Paalam.

Even so, little seems to separate the two fighters who will contest the gold medal in the flyweight category on Saturday at 1 p.m. Manila time at the Ryogoku Kokugikan Arena. The edge in experience goes to Yafai, who already competed in the 2016 Rio Olympics, but Paalam has proven himself to be one fine fighter—smart and slick, patient and precise, methodical and masterful.

Paalam is also a counterpuncher, a tonic against an aggressive, hard-charging adversary like Yafai.

“There are still several flaws in his (Yafai’s) style,” said boxing analyst Atty. Ed Tolentino in an interview with CNN Philippines. “This guy tends to rush in. He’s a pressure fighter. He comes forward, both hands up. He tries to pressure you up along the ropes. But the punches of Yafai are wide. He is open to counterpunches.”

Yafai is also a southpaw, a stance Paalam knows quite well now, having beaten lefties in each of his two previous bouts—Ryohei Tanaka of Japan in the semifinals and reigning gold medalist Shakhobidin Zoirov of Uzbekistan in the quarterfinals.

So, no, the forever underdog is an underdog no more, at least not in the gold medal match that will end historic either way: Paalam will deliver the Philippines’ first-ever Olympic gold medal in boxing if he wins, while Yafai will give Great Britain its first Olympic title in boxing in 65 years if he beats the Filipino.

But if Paalam is to make history for the country, he will need to get out of harm’s way better, especially after admitting in a postfight call with his family that Tanaka rocked him solid in the second round.

Hurt and humbled, the youngest of the four Filipino pugilists in the Tokyo Olympics nonetheless persevered and controlled the fight well enough to outlast his Japanese foe via unanimous decision. Now, he is on the cusp of doing what seemed impossible years ago, when Paalam was making a living as a scavenger in Cagayan de Oro.

Paalam’s convincing win against Tanaka should also give him the edge in terms of confidence, considering Yafai barely escaped his semifinals match, winning 3-2 against Saken Bibossinov of Kazakhstan.

But Paalam, of course, is playing with house money now, having already exceeded modest expectations coming into the quadrennial event.

The Bukidnon-born boxer no doubt deserves everything he has gotten so far, and he certainly deserves gold around his neck. Whether Paalam’s best will be good enough to win the prize is just one of the subplots that make his final bout with Yafai must-see TV.

It is also a contrast of styles: Yafai will be looking to impose his will on the smaller, younger, less experienced Filipino, but Paalam will aim to counter the Briton to oblivion. Either way, expect a fascinating, frenetic conclusion. (PM)