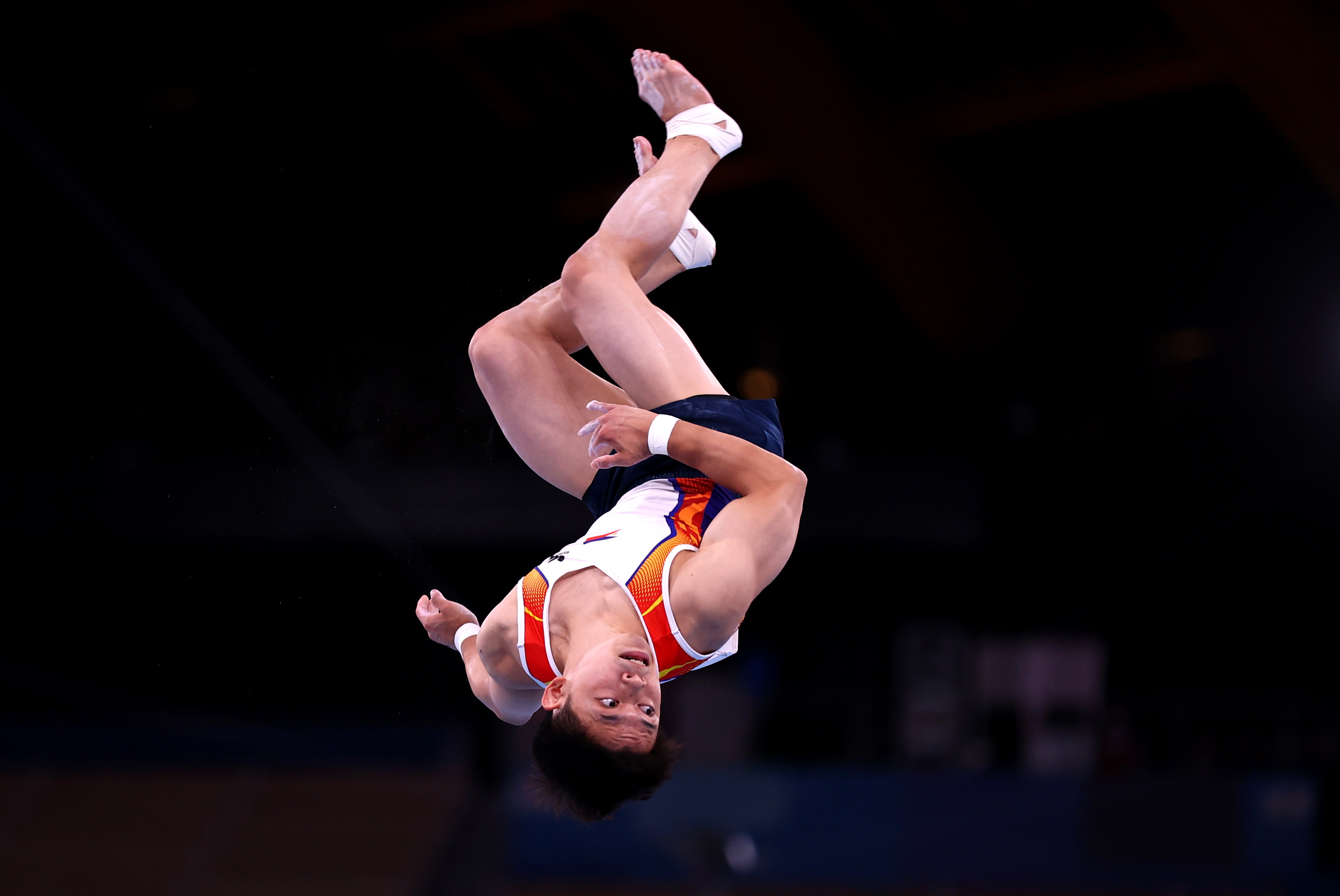 (August 2, 2021) – Carlos Yulo was seemingly an afterthought in the vault finals of gymnastics in the Tokyo Olympics on Monday, but he showed a much-improved form, narrowly missing a podium finish.

Yulo was only given a sliver of a chance to medal against a field headlined by Jeahwan Shin of South Korea, Dennis Abliazin and Nikita Nagornyy of the Russian Olympic  Committee, and Arthur Davtyan of Armenia.

But the 21-year-old Yulo nearly vaulted into a very impressive finish, scoring a 14.716 average to finish in fourth place—just .017 points away from the bronze medal ultimately won by Davtyan, who finished with a 14.733 average.

Going last among the eight finalists, Yulo submitted a 5.60 start value in each of his two attempts. He, however, was unable to finish cleanly in his first attempt, a triple twist executed beautifully except for the landing, where Yulo stepped wide to the right and out of bounds. The failed landing cost him dearly, as he was slapped with a -0.1 penalty that brought down his first attempt score to 14.566.

But with the medal still within reach, Yulo recorded the highest score of the entire finals—a near-perfect Dragulescu that netted him a 14.866. His landing this time was better and cleaner, but it still wasn’t enough to push his average to enter the top three and salvage a medal.

The soft-spoken wunderkind topped his personal best with his final score and improved on his 14.712 tally in the preliminary round.

The near-bronze medal concludes what has been a subpar stint for Yulo, who was projected as a possible multi-medal winner coming into the Summer Games. He, however, vowed to bounce back in the 2024 Paris Olympics.

Shin, the heavy favorite and the only vaulter to submit a start value in the 6.0 range, bagged the gold medal via a tie-break with Abliazin, who settled for the runner-up finish. They both tallied a 14.783 average, but Shin was awarded the win by recording the highest score among their attempts. (PM)