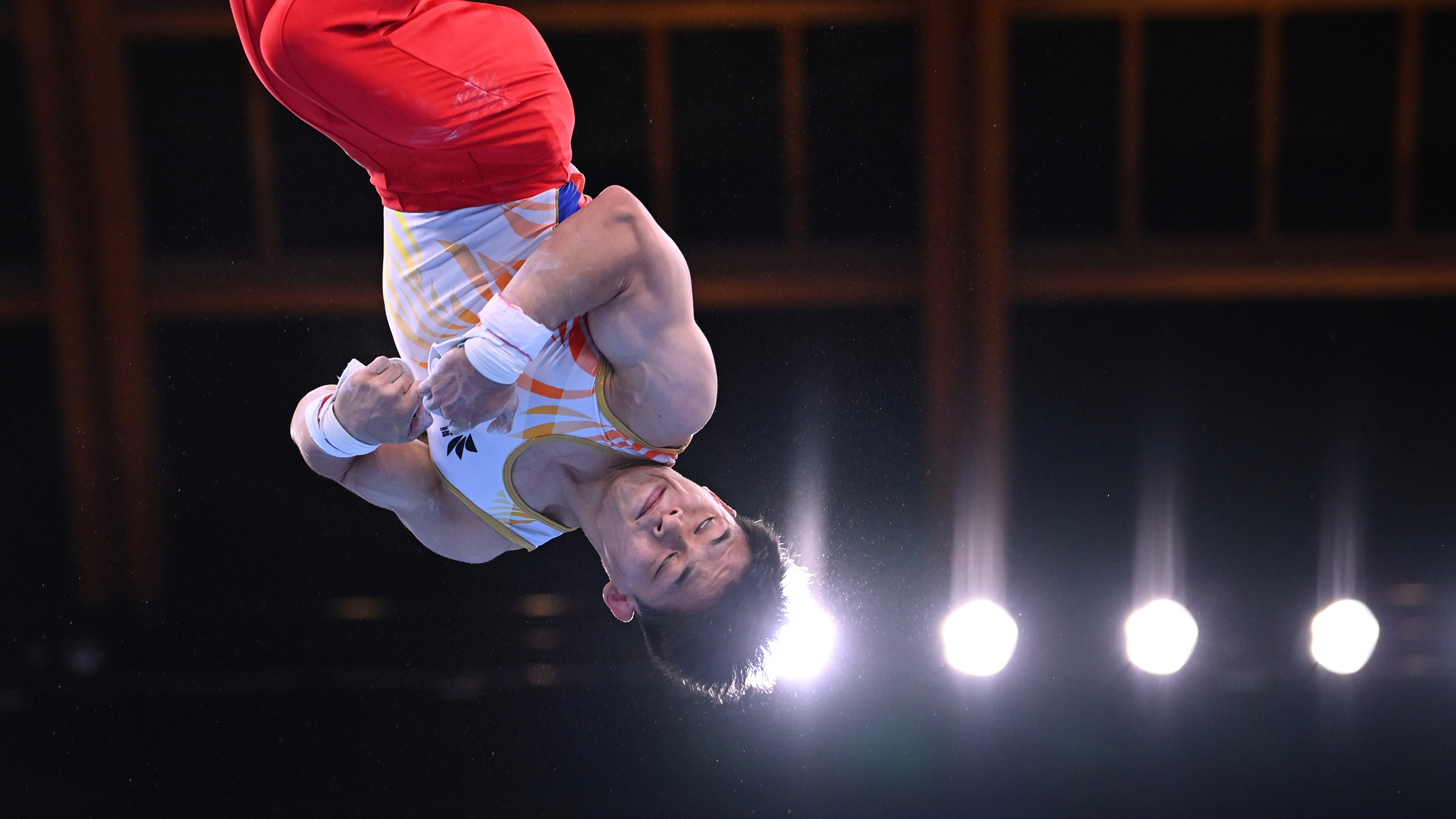 (August 1, 2021) – Two Filipino bets are slated to see action on Monday in the Tokyo Olympics, one looking to close his stint with a medal and the other looking to kick off her campaign on a positive note.

Gymnast Carlos Yulo, the “bunso” of the Philippines, aims to salvage a podium finish in what has so far been a heartbreaking performance in the Summer Games. Tipped as a possible multiple medal winner, the 21-year-old Yulo only qualified for the finals of the vault event.

The reserved wunderkind faltered in his pet event, the floor exercise, where he was expected to battle for the gold medal. It went all downhill from there for Yulo as he was unable to flash the form that has made him one of the rising stars in gymnastics.

All, of course, is not lost for the pride of Malate, Manila, who in 2019 became the first-ever male Southeast Asian to rule the 2019 World Artistic Gymnastics Championships. But he will have to raise the degree of difficulty of his routine to score an upset against his highly touted competitors and take home a medal.

“The technical people told me that as long as Caloy sticks to the floor (and doesn’t wobble), and then gets that difficulty score (5.60) in the two vaults, he has a shot,” said Cynthia Carrion, president of the Gymnastics Association of the Philippines, in a report by Philippine Star.

Yulo was inconsolable after his dismal showing in the qualifying round, struggling to search for the proper words to describe his performance.

“I don’t know what happened,” admitted Yulo to reporters. “I came here really prepared. I did my best. Maybe it just wasn’t meant for me.”

Now, he has the chance to turn that bitter dejection into sweet redemption and become the first-ever gymnastics Olympic medalist of the Philippines. But needless to say, Yulo, who has been training in Japan for years now, needs to be flawless if he is to give the country a record-breaking fourth medal.

Filipino-American sprinter Kristina Knott, meanwhile, will begin on Monday morning her own quest for a medal in the 2oo-meter dash. She is slated to race in lane 4 of heat 7, where she will look to finish in the top three to advance to the semifinals on Monday evening.

That, however, figures to be a tall order for the 25-year-old Knott, who qualified for the Tokyo Olympics through the universality slot or wild card entry. She also tested positive for COVID-19 a few days before flying to the Summer Games. She has fully recovered and has been in high spirits.

But if Knott is to make it through to the next round, she will likely need to top her personal best and national record of 23.01 seconds as the six other sprinters in heat 7 have all submitted career bests of less than 23 seconds.

Knott, who won two gold medals and two silver medals in the 2019 Southeast Asian Games, has said she is ready to defy the odds for the flag.

“I’ve prepared three years for this,” said the Orlando-born track star in a report by Philippine Star.

This year alone, Knott, whose mother hails from Cavite, has competed in 19 tournaments leading to the Tokyo Olympics. That’s on top of her six-day culminating training camp in Nagasaki.

“No pressure on Kristina,” said Knott’s coach Roshaan Griffin. “She’ll be out there to bring it and let’s see how it goes.”