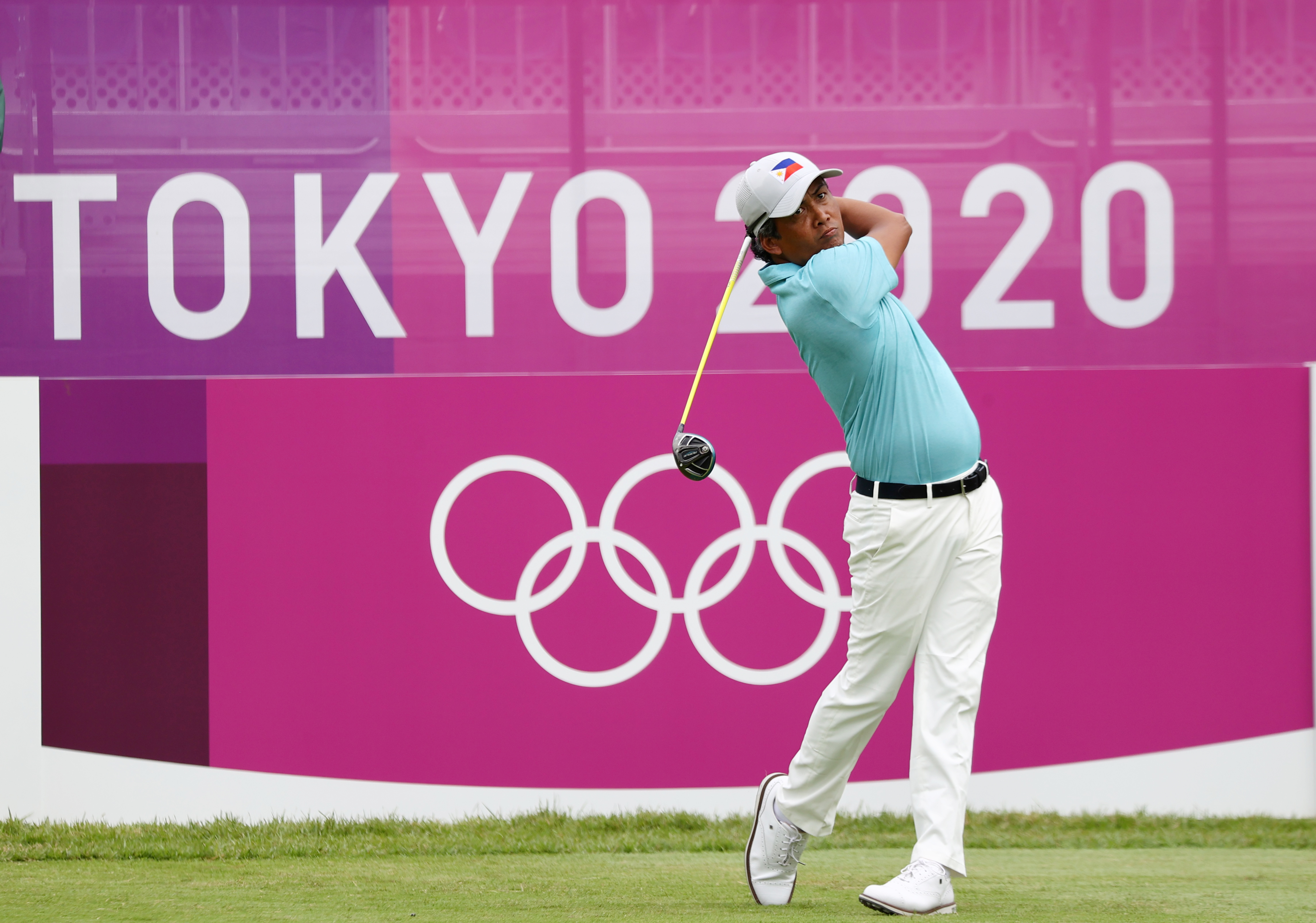 (July 29, 2021) – Juvic Pagunsan’s medal quest in the Tokyo Olympics is off to a good start—never mind the bad weather at the Kasumigaseki Country Club East Course on Thursday.

The 43-year-old Pagunsan ended up tied for fifth place at the end of round  1 after he carded a solid 66 or 5-under. He is only three strokes behind leader Sepp Straka of Austria, who shot a blazing 63 to end the day at 8-under.

Right behind him is Jazz Janewattananond of Thailand, who carded a 64 highlighted by four consecutive birdies in holes 8 to 11. In joint third place are Thomas Pieters of Belgium and Carlos Ortiz of Mexico, who both shot a 65 to finish two strokes off the lead.

Pagunsan is tied with Joachim Dansen of Denmark and Jhonattan Vegas of Venezuela.

One of the last to tee off, Pagunsan, the country’s lone bet in men’s golf started strong, carding a birdie in the very first hole. A bogey in hole 4 dropped the Japan Golf Tour veteran to even-par, but birdies in holes 6 and 8 pushed him to 2-under par to finish the front nine tied for 19th place.

A birdie on hole 11 further pushed Pagunsan to 3-under for a share of 13th place, before play was suspended due to inclement weather. Only 27 of the 60 golfers had finished the course when the suspension was announced.

Pagunsan continued his solid play after the three-hour weather delay, adding birdies in holes 13 and 16 and shooting for par in holes 12, 14, 15, 17, and 18 to end up inside the top five.

Medal favorites Xander Schauffele, Patrick Reed, and Collin Morikawa of the United States, Rory McIlroy of Ireland, and Hideki Matsuyama of Japan are also within striking distance of Straka. Schauffele, the world no.4, and Reed, the 2018 Masters champion, carded a 68, while Matsuyama, the reigning Masters champion, carded a 69. Also finishing with the same score are Morikawa, the defending Open Championship winner, and McIlroy, ruler of multiple majors in the PGA Tour.

Pagunsan, who skipped The Open Championship to focus on the Tokyo Olympics, will look to ride his momentum tomorrow. (PM)