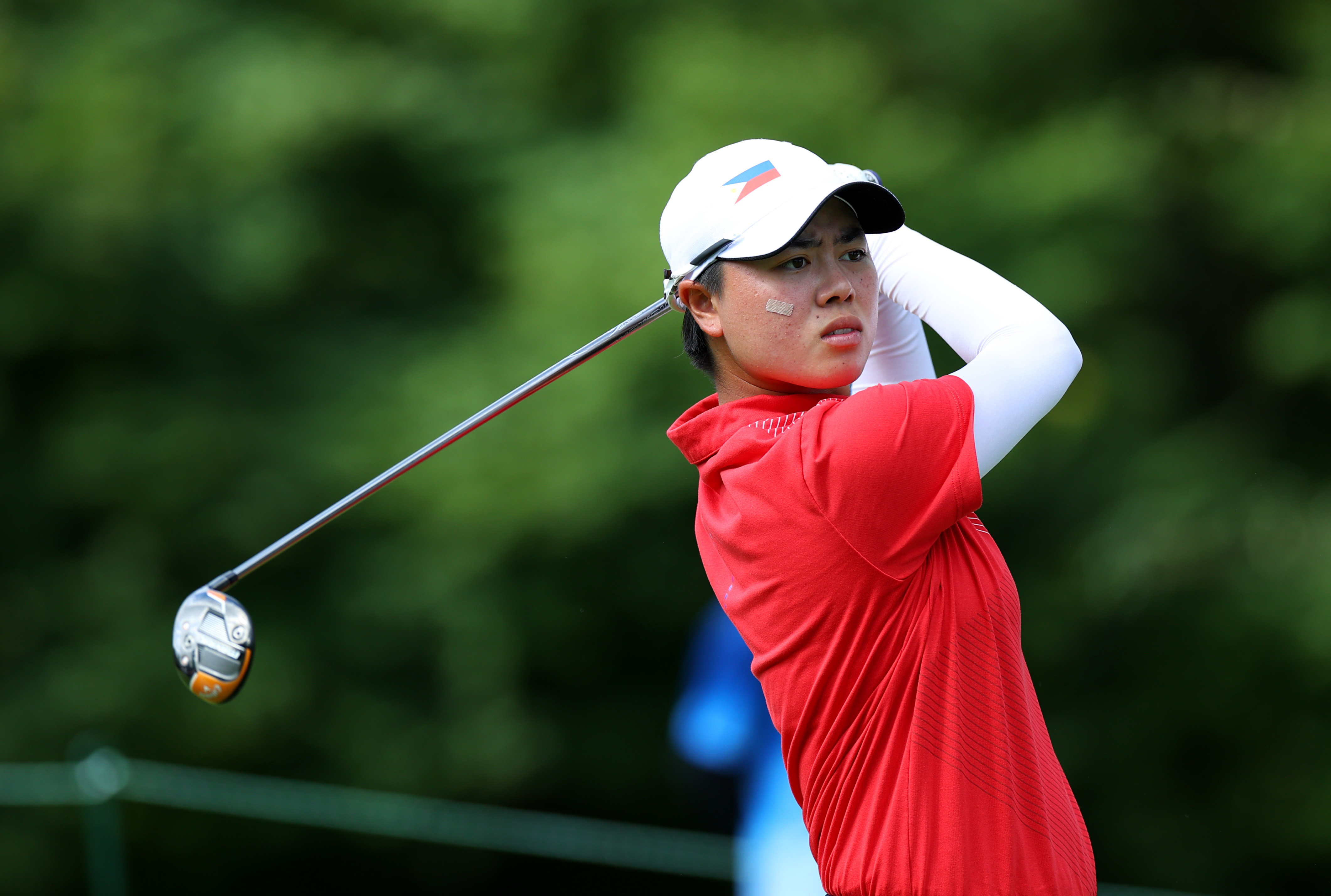 (August 6, 2021) – Day 3 of the women’s golf competition in the Tokyo Olympics became another display of contrasting performances for the Philippines’ pair of Yuka Saso and Bianca Pagdanganan.

Saso’s rise in the rankings continued on Friday, finishing at 20th place after carding a 4-under par 67, improving her overall score to 209. The reigning US Women’s Open champion now finds herself only six shots behind the third spot.

Saso, who started the competition at 47th place on day 1, registered a total of 5 birdies in the latest salvo, against just a single bogey in hole 10.

Pagdanganan, on the other hand, started strong with her front nine, going bogey-less while also delivering two birdies. But her struggles began at the back nine, recording a bogey at hole 15 and a couple of double-bogeys in holes 11 and 14. The 23-year-old ended the day with an even-par 71 and is now at 29th overall, continuing her skid in the leaderboard after a 7th place finish on day 1.

Nelly Korda of the United States still leads the pack after the latest round of competition with an impressive 15-under-par 198, followed closely by India’s Aditi Ashok who carded a 12-under-par 201. Tied at third place with 10-under-par 203 apiece are Lydia Ko of New Zealand, Hannah Green of Australia, Emily Kristine Pedersen of Denmark, and Mone Inami of Japan.

The fourth and final day is set tomorrow at the Kasumigaseki Country Club, as Saso and Pagdanganan look to make their last push for a podium finish and the country’s first-ever medal in golf in the Summer Games. (PM)