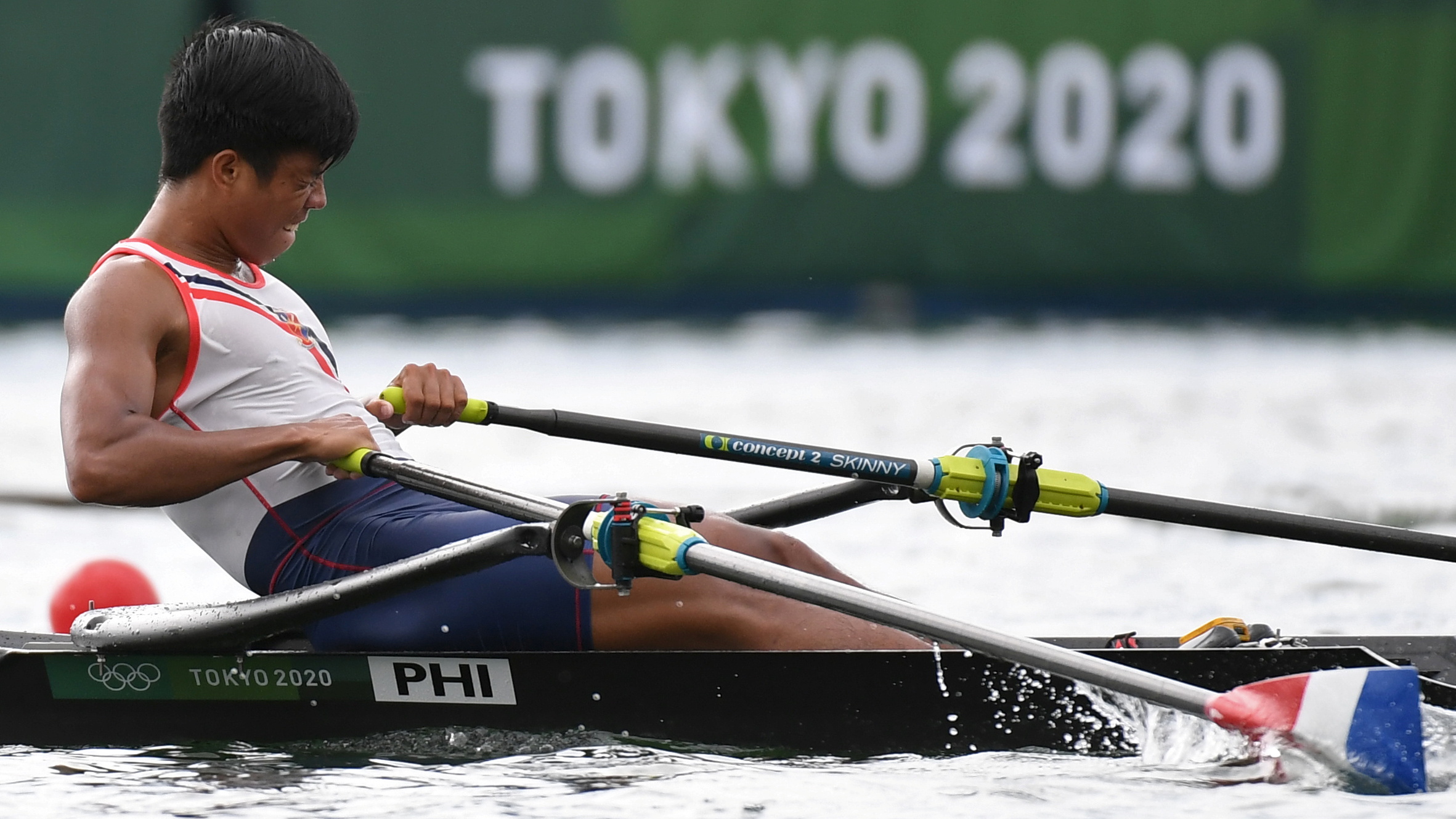 (July 30, 2021) – Cris Nievarez ended his Tokyo Olympics stint with a fifth-place finish in the D Final classification round of the single sculls event in rowing on Friday, ending up in 23rd place among 32 competitors in the overall rankings.

After an impressive performance in the preliminary heat, Nievarez, in his first trip to the Summer Games, officially bowed out of medal contention in the ensuing race, as he failed to crack the top three in his heat.

Nonetheless, his latest performance in the classification round caps a promising debut for the native of Atimonan, Quezon, who at only 21 years old, could represent the Philippines in competitions for years to come.

Nievarez, the lone participant from Southeast Asia in the single sculls event, is one of only three Filipino rowers to have competed in the Summer Games following his coach Ed Maerina in the 1988 Seoul Olympics and Benjamin Tolentino Jr. in the 2000 Sydney Olympics.

He is the first one to advance after the preliminary heat. (PM)