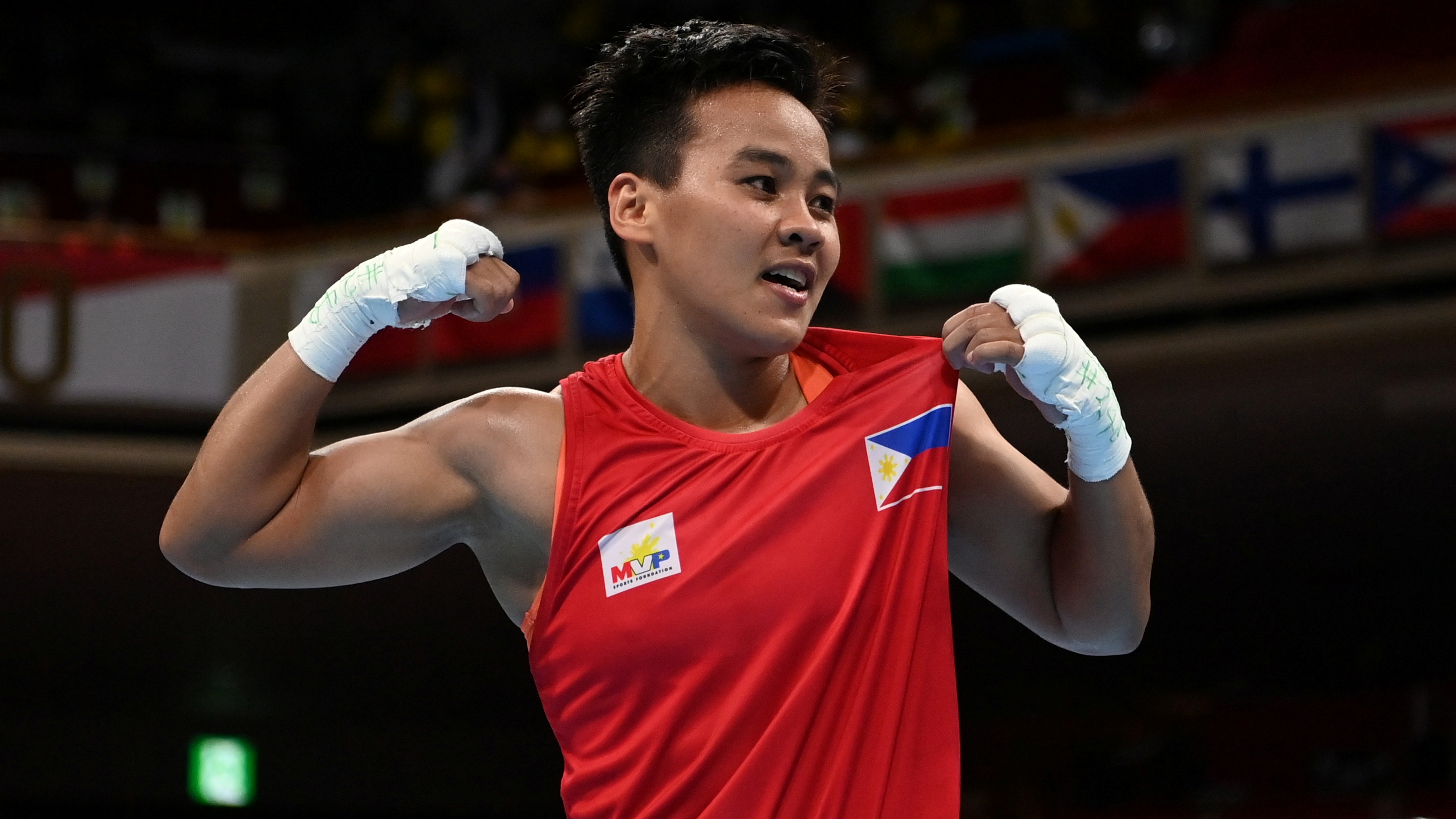 (August 3, 2021) – Nesthy Petecio finished her campaign in the Tokyo Olympics with a silver medal after losing to hometown bet and rival Sena Irie of Japan via unanimous decision in their featherweight finals on Tuesday.

Already the fourth time fighting each other, it didn’t take long for Petecio and Irie to get reacquainted. They went toe-to-toe right from the get-go, but the Japanese succeeded in halting Petecio from gaining any kind of momentum with tie-up after tie-up while connecting on a few quick jabs on the aggressive Filipina. Irie did enough to get the upper hand on the scorecards after the opening round.

Petecio, the pride of Santa Cruz, Davao del Sur, initiated the action early in the second round and seemed to have figured out the perfect distance to land her combinations. Sticking to her strategy, Irie was now being caught with crisp punches before she could initiate a tie-up. The judges gave Petecio the nod to even up the tally.

The final round became a war of attrition. Both visibly exhausted, Petecio and Irie dug deep, as they looked to make one final push for the gold medal. Most of the round was a virtual stalemate as both connected with their own flurries, but none of them were enough to clearly win the deciding round.

In the end, the judges gave Irie the unanimous decision victory, with four judges scoring it 29-28, and the other one at 30-27.

With the win, she widened the gap on her personal matchup with Petecio, 3-1, with the Filipina pugilist’s lone victory coming from the 2019 AIBA World Boxing Championships.

Despite the loss, the 29-year-old Petecio still made history for the Philippines by becoming the only Filipina boxer to win a silver medal and only the second female athlete of the Philippines to do so after Hidilyn Diaz.

Petecio also became the third Filipino boxer to win the silver medal in the history of the Summer Games, following Anthony Villanueva in 1964 and Onyok Velasco in 1996.

The Philippines still has a chance for the elusive Olympic gold medal in boxing with Eumir Marcial and Carlo Paalam still in contention. (PM)