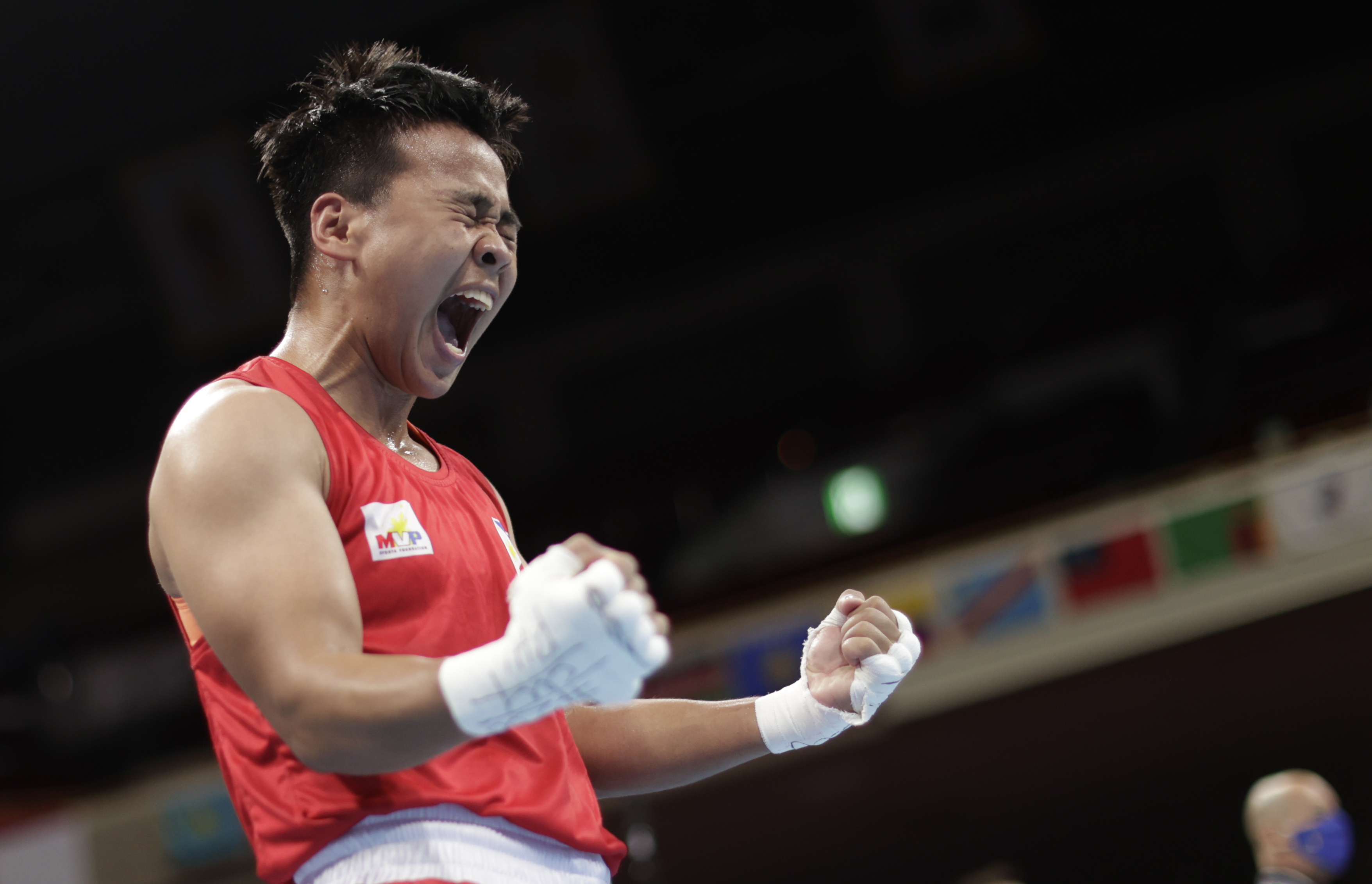 (July 31, 2021) – Nesthy Petecio is still very much in the hunt for the country’s second gold medal after booking her place in the finals of the featherweight division in the Tokyo Olympics in nail-biting fashion.

Displaying grit against Italy’s Irma Testa at the Ryogoku Kokugikan Arena on Saturday, Petecio assured a silver medal for the Philippines after scoring a split decision victory.

Round one was a feeling-out process for the 29-year-old Petecio and Testa, as they stalked each other waiting for the other to attack. The 5’8″ Testa used her patented jab to keep the Filipina at bay, who visibly struggled in trying to measure the distance against her rangier opponent. Testa won the opening round with more activity compared to Petecio.

Testa had breezed through her three previous matches, only losing a solitary round.

But Petecio’s scouting paid dividends in the second round as she seemed to finally gauge the right distance to be effective in the match. Inside the two-minute mark, she connected with a powerful 1-2 combination that stunned the Italian. Petecio kept Testa on the backpedal as she continued to connect on the body and the head. She earned the nod of the judges, 10-9.

Petecio’s work rate could not be faulted in the third round as she kept throwing punches that often found the target. At this time, the height and reach advantage of an exhausted Testa was negated as Petecio unleashed an unrelenting assault.

In the end, Petecio, the world no. 2, went down on her knees in delight and pure relief after she was announced as the winner, with four out of the five judges giving the victory to the hard-fighting pride of Davao del Sur.

Petecio will face the winner of the other semifinals match between Great Britain’s Kariss Artingstall and hometown bet Sena Irie of Japan. The finals will take place on Tuesday. (PM)