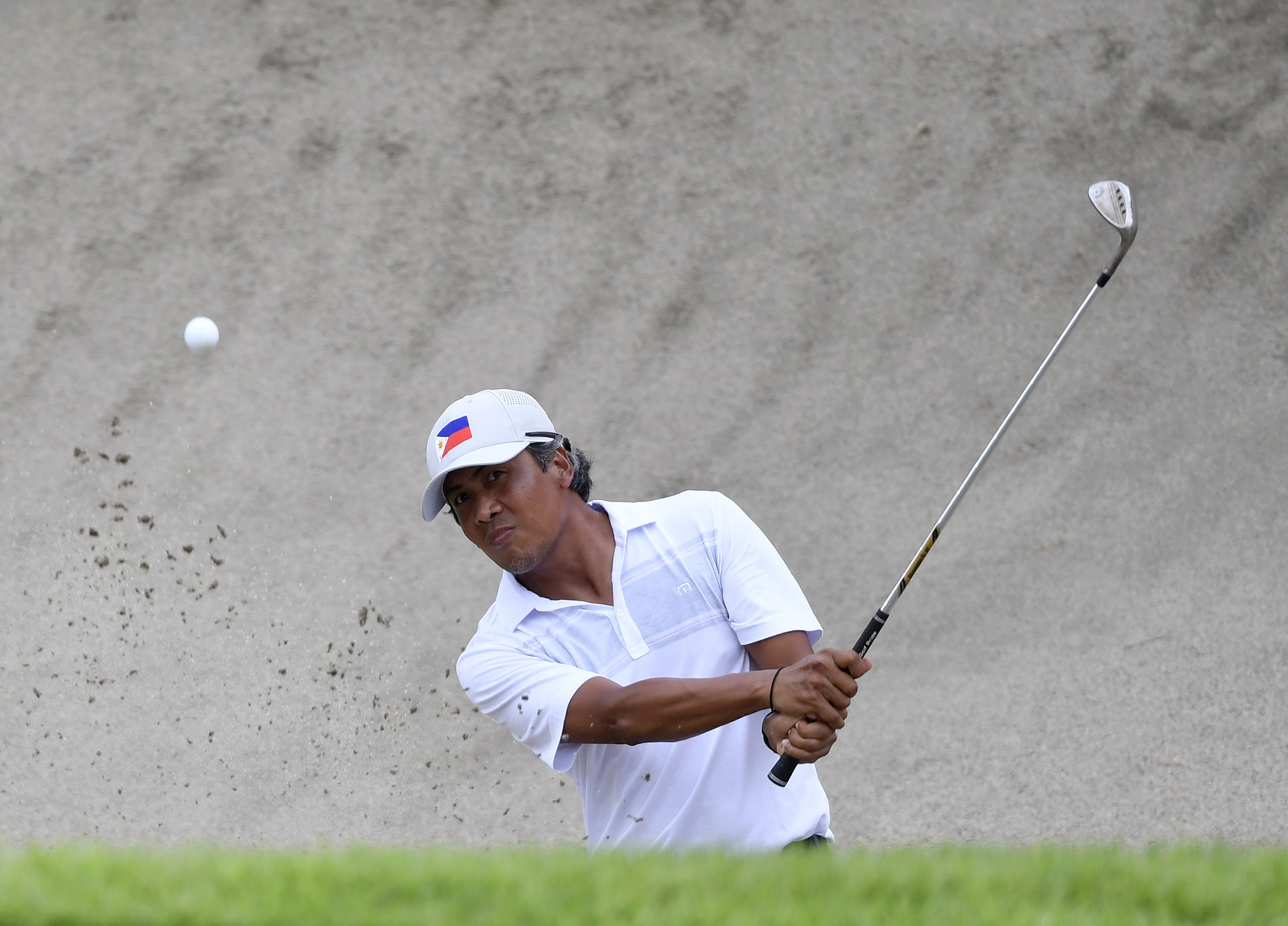 (July 30, 2021) – Juvic Pagunsan’s medal chances took a hit on Friday after he failed to sustain his fiery form in the opening round, as he finished day 2 of the golf competition in the Tokyo Olympics at two-over par to score a two-round total of 139.

Halfway through the contest, Pagunsan is seven strokes back of co-leaders Carlos Ortiz of Mexico and Xander Schauffele of the United States, who carded 132 after day 2. Ortiz followed his round 1 score of 65 with a 67, while Schauffele made his move, shooting a 64 to climb up the leaderboard.

The 43-year-old Pagunsan had a hot start in round 1 after carding a sizzling 66.

Erstwhile leader Sepp Straka is in joint second after finishing Friday at even-par for a two-round tally of 134. Joining him are Mito Pereira of Mexico and Alex Noren of Sweden, who shot 65 and 67, respectively, to move near the top of the leaderboard. Jazz Janewattananond of Thailand, despite finishing at even-par only, is in joint third with Rory McIlroy and Shane Lowry of Ireland at 135 apiece.

Bogeys on holes 5 and 8 sandwiched Pagunsan’s birdie in hole 6—his lone birdie on the front nine—to drop him to even-par for the day. Play was once again halted after Pagunsan’s par in hole 10, this time due to lightning.

Bogeys in 11 and 13 when play resumed after an hour dropped Pagunsan to two-over for the day and to joint 33rd on the leaderboard. A birdie on 15 stemmed the tide for the Filipino veteran, who finished a difficult second round with three consecutive pars to card a 73.

Pagunsan, a many-time participant in the Japan Golf Tour, is in a logjam in the middle of the pack, along with notable names such as Collin Morikawa and Patrick Reed of the United States and Tommy Fleetwood of Great Britain.

Despite going in the red in round 2, Pagunsan remains firmly in contention for a medal if he can go on a hot streak again in the next two rounds. His quest will continue tomorrow at the Kasumigaseki Country Club East Course. (PM)