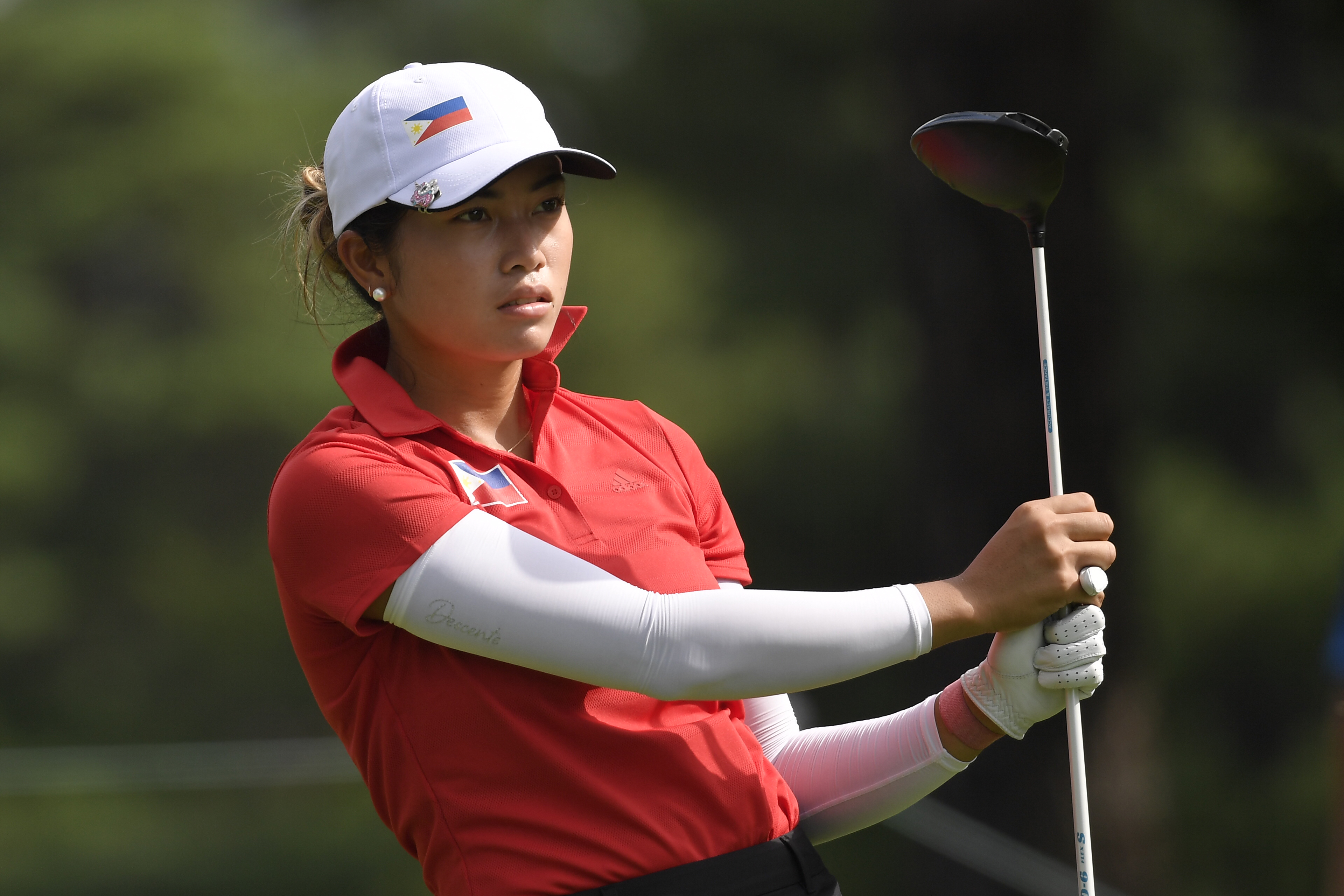 (August 4, 2021) – Bianca Pagdanganan and Yuka Saso are on opposite ends of the leaderboard after the opening round of the women’s golf competition in the Tokyo Olympics on a humid Wednesday.

Pagdanganan had a solid start to her campaign, finishing tied for seventh place. The 23-year old finished with a 2-under-par 69, finding herself in a nine-way logjam with Inbee Park and Sei Young Kim of South Korea, Klara Spilkova of Czech Republic, Nanna Koerstz Madsen of Denmark, Wei-Ling Hsu and Min Lee of Chinese-Taipei, Azahara Munoz of Spain, and Danielle Kang of the United States.

Pagdanganan, who hails from Quezon City, hit two straight birdies in the first two holes, before nailing three more on the 5th, 14th, and 16th holes, ending the round with five birdies against three bogeys.

Her teammate Saso, however, struggled on the green as she carded a 3-over-par 74 to finish 47th out of the 60 competitors after day 1.

The reigning US Women’s Open Champion recorded a bogey on the 2nd hole and registered another one at the 6th hole to finish her front nine at 1-over-par. Her scores dipped further in the last nine holes, delivering three more bogeys in holes 11, 16 and 17, while only registering a single birdie at the 14th hole.

Pagdanganan and Saso, along with their caddies and the rest of the field had to endure the sweltering heat at the Kasumigaseki Country Club, with temperatures going as high as 35 degrees.

In a tweet by the MVP Sports Foundation, Pagdanganan’s coach and caddie, Carito Villaroman, was seen getting medical treatment due to dehydration. Last Tuesday, Saso’s caddie, Lionel Matichuk, was rushed to a hospital after suffering from heatstroke during practice.

The tough weather, however, didn’t stop early leader Madelene Sagstrom of Sweden, who finished with a 5-under-par 66, while tied at second place are Nelly Korda of the United States and Aditi Ashok of India with a 4-under-par 67 apiece.

Pagdanganan and Saso look to improve their standing tomorrow as they tee off at 6:52 a.m. and at 7:25 a.m., respectively, both on Manila time. (PM)