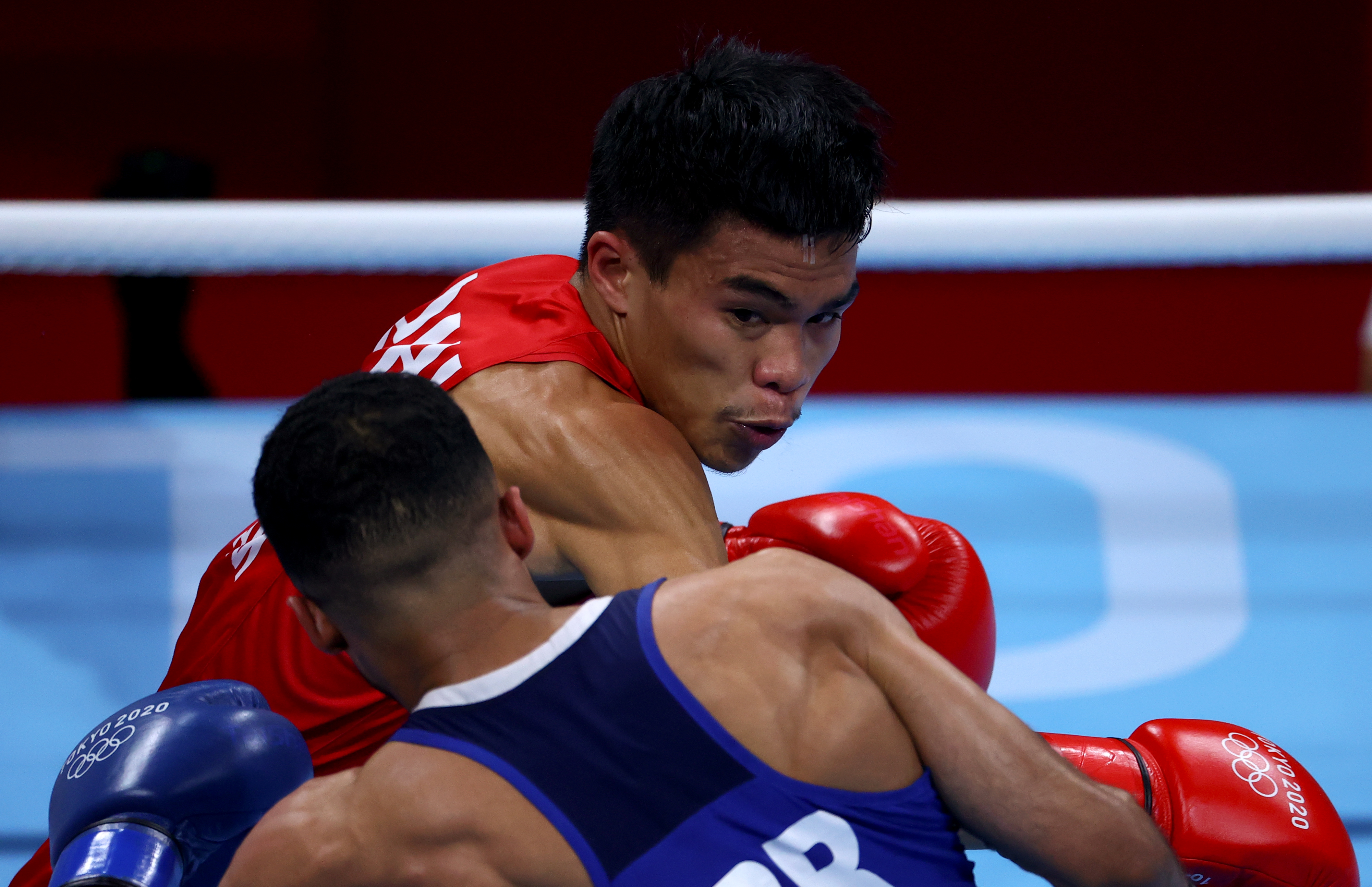 (August 7, 2021) – Carlo Paalam’s underdog story in the Tokyo Olympics is now over, but it ended with a silver lining.

Paalam, the scavenger-turned-boxer who pulled off upset after upset on his way to the finals of the flyweight category, just could not solve the puzzle that was Galal Yafai of Great Britain, who scored a 4-1 split decision victory to deny the Filipino a golden ending at the Ryogoku Kokugikan Arena.

Yafai as expected started aggressively but was surprisingly measured in attacking the younger Paalam. The 28-year-old stalked the Bukidnon-born pug into the ropes, where he landed solid combinations to set the pace. Yafai ultimately imposed his will in the first round, sending Paalam to the canvas with a pinpoint left jab followed by a cracking overhand right.

Paalam, known for his precise counterpunching and movement, was unable to stymie the two-time Olympian, who kept pushing forward and tagging the smaller Filipino in the second round. The 23-year-old pride of Cagayan de Oro gamely stood toe-to-toe with Yafai, getting in good shots himself but taking as many, if not more, in return.

In need of a definitive third round, Paalam surprisingly did not go for broke, boxing cautiously rather than going on an all-out offensive. Yafai, perhaps sensing he was on his way to winning the gold medal, did much of the same, staying out of Paalam’s range and mostly keeping him on the outside with stiff jabs.

Paalam’s silver medal is the country’s fourth medal in the Tokyo Olympics after Hidilyn Diaz’s gold medal in weightlifting, Nesthy Petecio’s and Eumir Marcial’s silver medal and bronze medal, respectively also in boxing. It is the Philippines’ 14th medal overall in the quadrennial meet and the eighth in Olympic boxing.