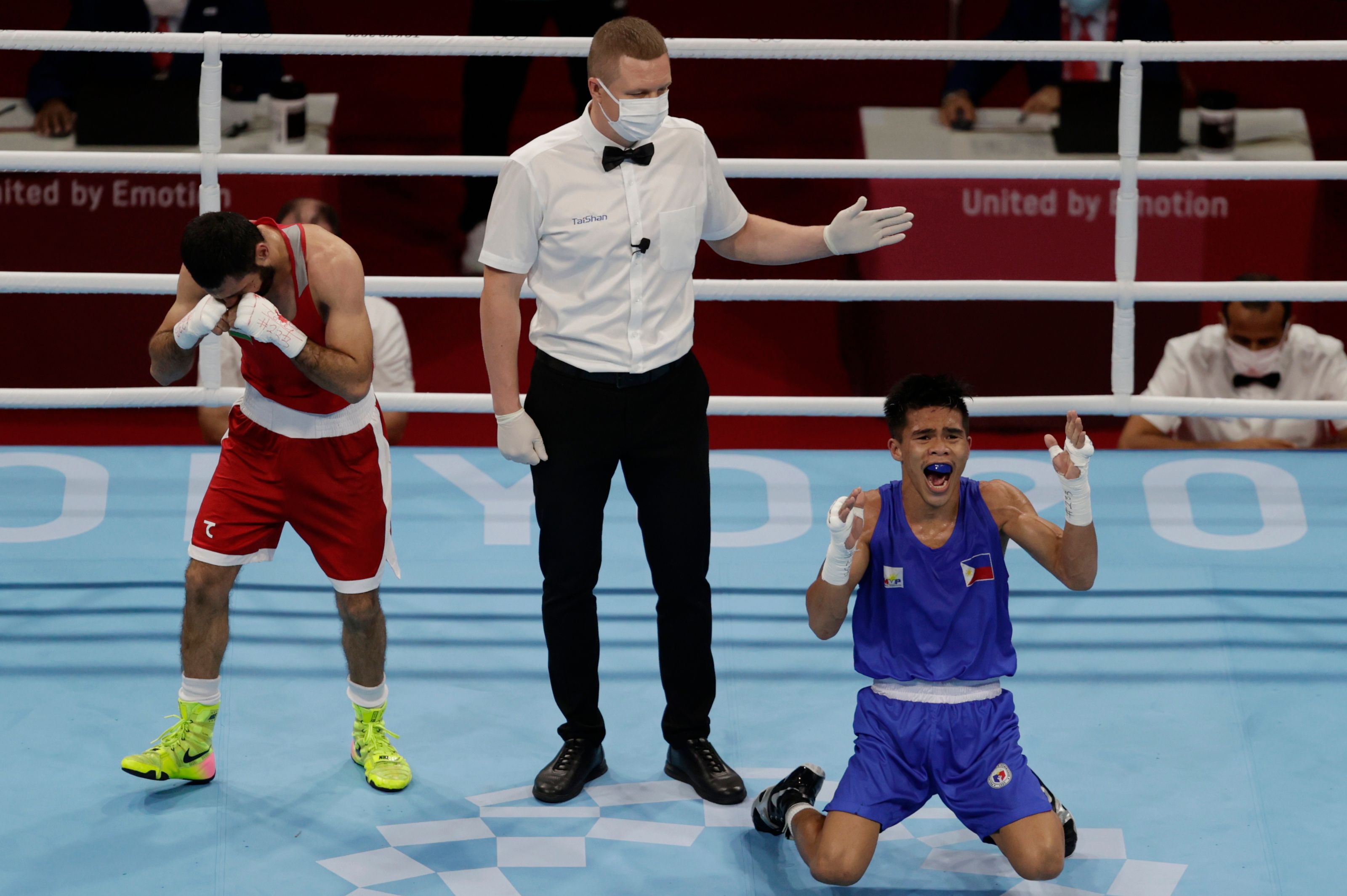 (August 3, 2021) – Carlo Paalam is not ready to end his campaign in the Tokyo Olympics just yet, as he scored an impressive split decision win against Shakhobidin Zoirov of Uzbekistan in the quarterfinals of the flyweight division on Tuesday.

With the victory, Paalam advanced to the semifinals and secured a fourth podium finish for the Philippines in what has been a breakthrough edition of the quadrennial event.

Paalam entered the match as the clear underdog against Zoirov, who is the reigning gold medalist and also the world no. 1. He was virtually unscathed in the Summer Games, winning his last two fights via 5-0 sweeps.

In the first round, Paalam quickly showed Zoirov that he was not at all intimidated as he immediately made his presence felt with a powerful counter right in the opening seconds. The 23-year old Paalam was calm and collected as he capitalized on Zoirov’s missed punches by answering with beautiful combinations on the body and the head. His activity earned him the nod of the judges.

Banking on his strong opening salvo, Paalam continued to be aggressive in the second round, stunning Zoirov with crisp and quick hits, powered by slick in-and-out movements. The fight, however, was stopped just inside the two-minute mark because of a cut on the top of Zoirov’s left eye, following an accidental clash of heads.

By that time, momentum was clearly on the side of the Filipino pugilist, and in the end, four out of the five judges favored Paalam in the scorecards, giving him the split decision victory.

The pride of Cagayan de Oro joined teammates Nesthy Petecio and Eumir Marcial as sure medalists while assuring the Philippines of its biggest medal haul ever since joining the Olympics in 1924.

Paalam will now look to secure a sure silver medal and fight for the title as he faces hometown bet, Ryomei Tanaka of Japan, in the semifinals on Thursday. (PM)