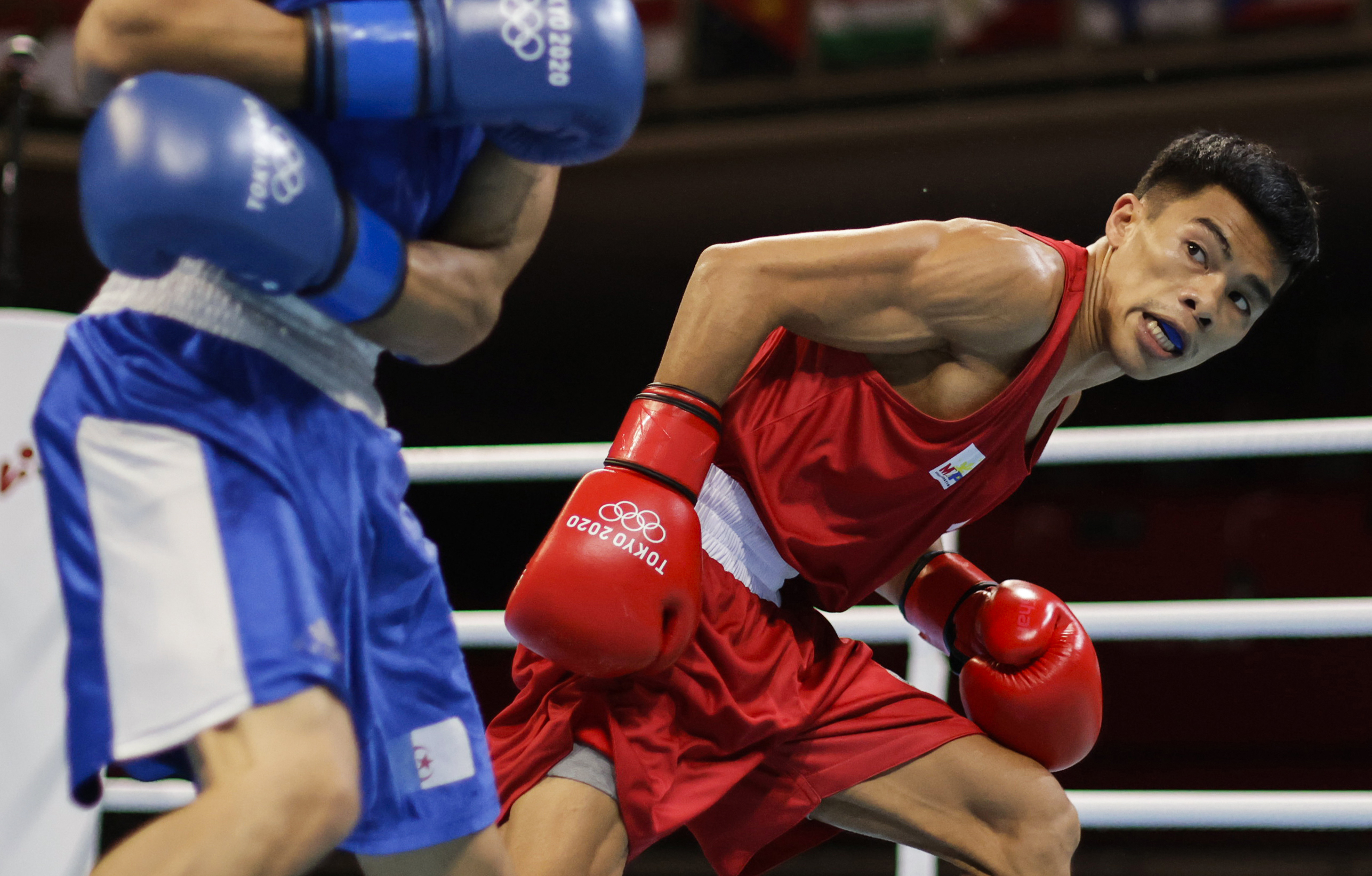 Paalam bucked disadvantages in height, reach, and experience to beat Mohamed Flissi of Algeria via unanimous decision in their round of 16 flyweight showdown on Saturday at the Ryogoku Kokugikan Arena in the Tokyo Olympics.

The world no. 12 Paalam was clinical against Flissi, boxing beautifully to flummox his much older foe throughout the fight.

The 23-year-old Filipino was more methodical compared to his debut last Monday, when he came out aggressive against the highly regarded Brendan Irvine of Ireland. Against Flissi, Paalam was much more calculated, picking his spots and landing crisp 1-2 combinations—a left jab followed by an overhand right—on the taller, rangier three-time Olympian from Algeria.

That right hand repeatedly found a home in the very first round, with Paalam connecting on four solid overhand hits on Flissi. It was much of the same in the ensuing rounds, with the Cagayan de Oro native continuing to land his lightning-fast right to counter the advancing Algerian.

Paalam, who was gassed in the third round against Irvine, underscored his dominance with a strong final round this time against Flissi, landing well-timed counters. The 2019 Southeast Asian Games gold medalist punctuated the round with another overhand right that buckled Flissi, who was aiming for his first medal in the Summer Games.

Next up for Paalam will be Shakhobidin Zoirov of Uzbekistan, the reigning world and Olympic flyweight champion. Fight time will be on Tuesday at 11:15 a.m. (PM)