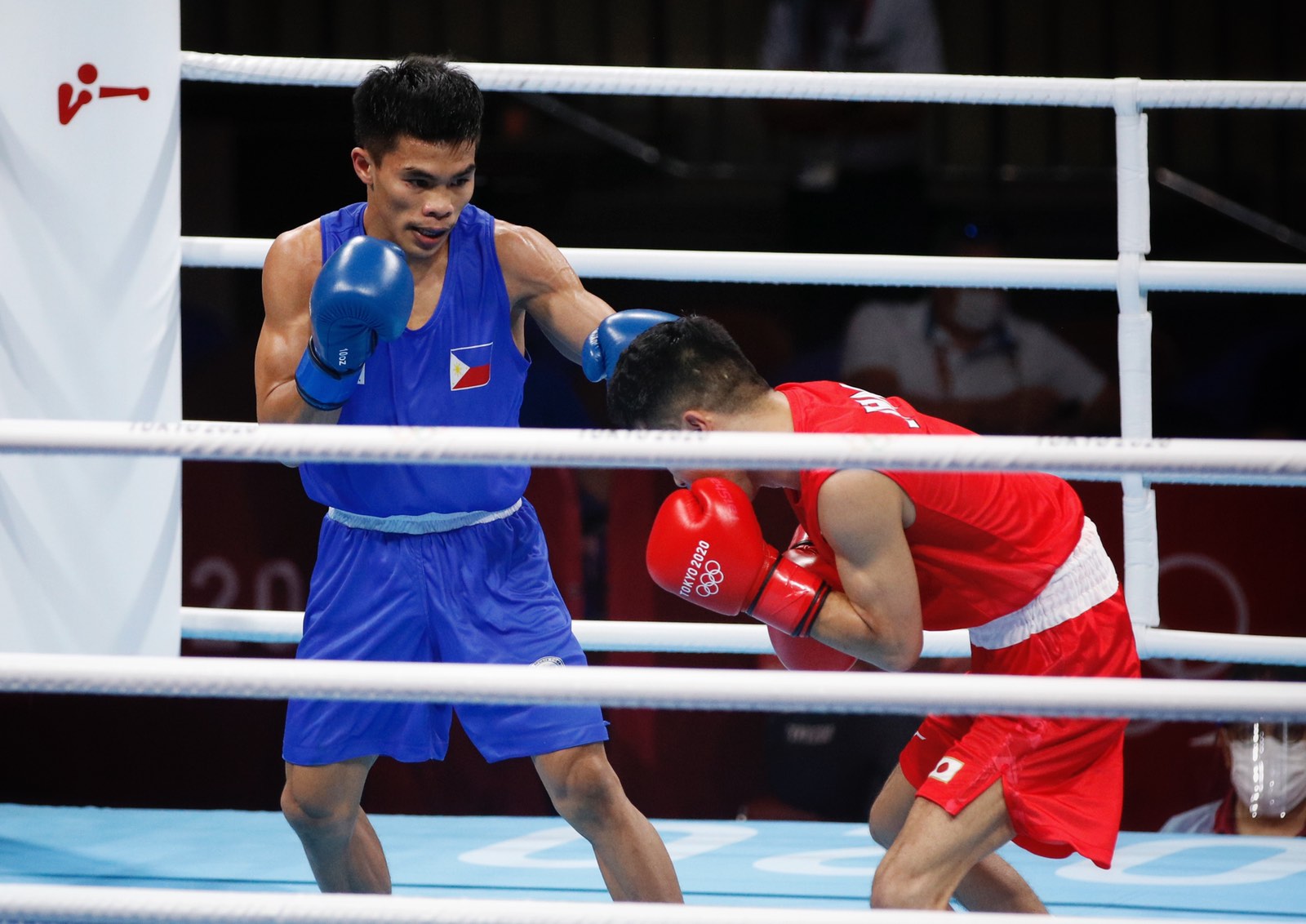 (August 5, 2021) – Carlo Paalam is now through to the flyweight finals in the Tokyo Olympics, where he is guaranteed to take home at least a silver medal, after a unanimous decision victory against hometown bet Ryomei Tanaka of Japan in the semifinals on Thursday.

Banking on the confidence he got from beating the tournament favorite in the quarterfinals, Paalam displayed beautiful boxing all throughout the fight, as he once again showed his patented counterpunching game that has brought him success in his very first campaign in the Summer Games.

In the opening round, Tanaka, who defeated three former Olympic medalists to get to the semifinals, tried to force Paalam into a hectic pace, the same strategy he used to win his last fight. But the pride of Cagayan de Oro was calm and assured, waiting for Tanaka to make a mistake. Paalam managed to connect with solid hits every time Tanaka failed to connect, winning the first round, 10-9.

Knowing that Tanaka will go out with guns blazing in round two, the 23-year-old Paalam shifted to a higher gear, peppering his Japanese foe with solid combinations that prevented Tanaka from setting up any effective attacks. Paalam once again won the round, widening the gap in the scorecards.

The visibly frustrated Tanaka kept looking for a desperate haymaker in the third round, but his aggressive style backfired as Paalam found numerous openings to land his own powerful flurries. In the end, it became a one-sided victory for the previously unheralded Filipino warrior, winning via 5-0 sweep.

Paalam will now get the chance to make history as the first Filipino boxer to win an Olympic gold medal after silver medal finishes by Anthony Villanueva in 1964, Onyok Velasco in 1996, and Nesthy Petecio this year.

The reserved Paalam, who won the gold medal in the 2019 Southeast Asian Games, will now face Galal Yafai of Great Britain for the gold medal this Saturday. (PM)