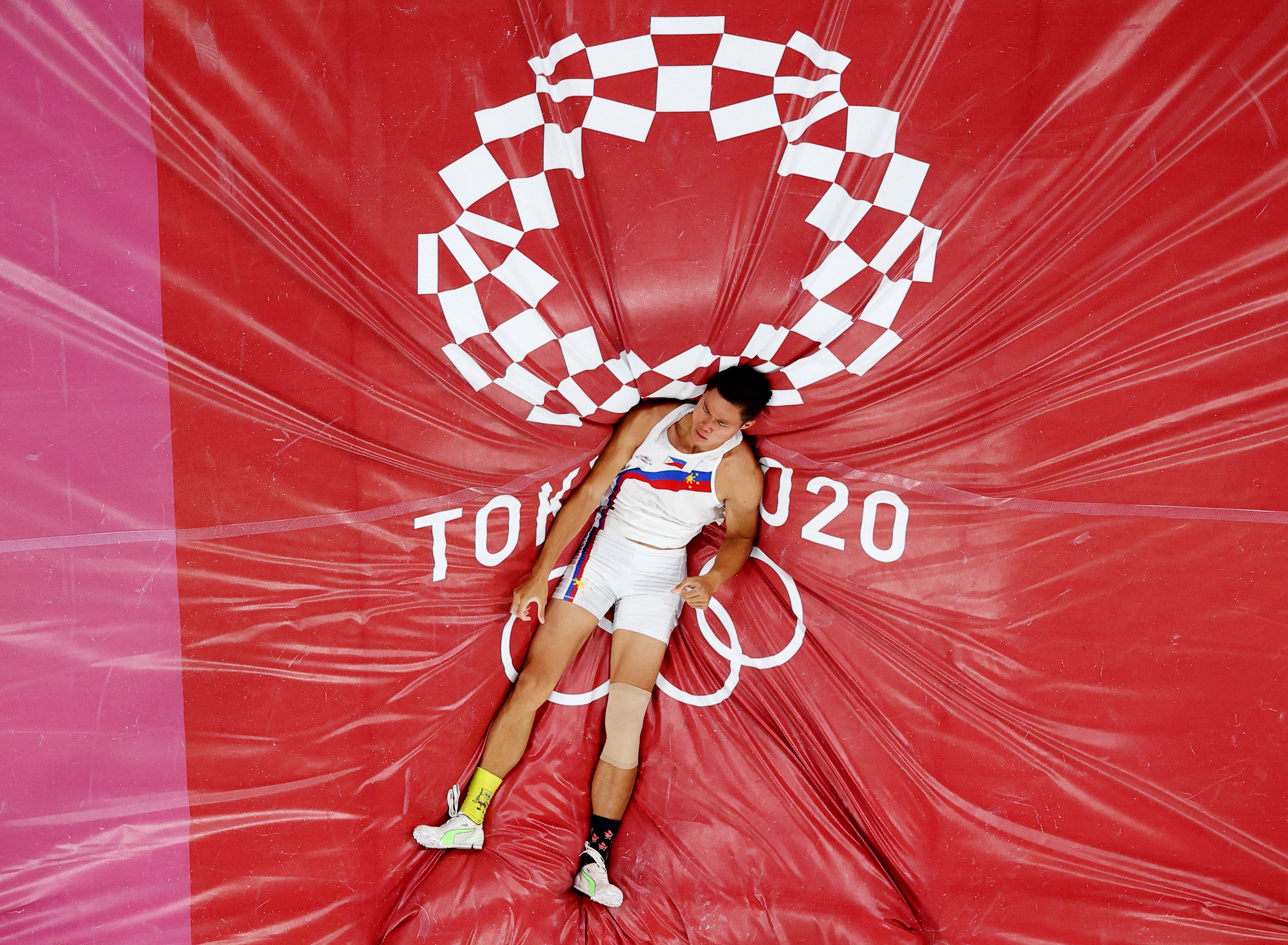 EJ Obiena ended his promising stint in the Tokyo Olympics without a coveted medal after failing to clear 5.80 meters in pole vault finals on Tuesday at the Olympic Stadium.

Obiena started strong, clearing 5.50 meters easily in just one try. The pride of Tondo, Manila, however, would unravel in the next round, fouling two attempts before finally clearing 5.70 meters.

It was much of the same in the third round, with the 25-year-old Obiena fouling two attempts at 5.80 meters. Obiena was unable to clear his third try as well, but he got a fourth attempt after a slight controversy.

After his third attempt, Obiena informed the officials that the uprights were moving before he jumped. A lengthy review confirmed his plea, and the judges gave him another attempt. The University of Santo Tomas alumnus, however, could not take advantage and once again fouled, as his upper torso touched the bar ever so slightly on his way down.

The blunder officially dropped Obiena from medal contention, along with the chance to go inch for inch against the pole vault’s biggest names in Armand Duplantis of Sweden, Thiago Braz of Brazil, and Renaud Lavillenie of France.

Obiena also fell short of topping his personal best and national record of 5.87 meters he set just this June in a tournament in Poland.

Duplantis, the overwhelming favorite, won the gold medal, clearing 5.80 meters, 5.92 meters, 5.97 meters, and 6.02 meters all in just one attempt each. United States’ Christopher Nilsen bagged the silver medal, while Braz completed the podium.

Obiena, the first Filipino athlete to clinch a spot in the Tokyo Olympics, finished tied for 11th place with Bo Kanda Baehre of Germany. (PM)