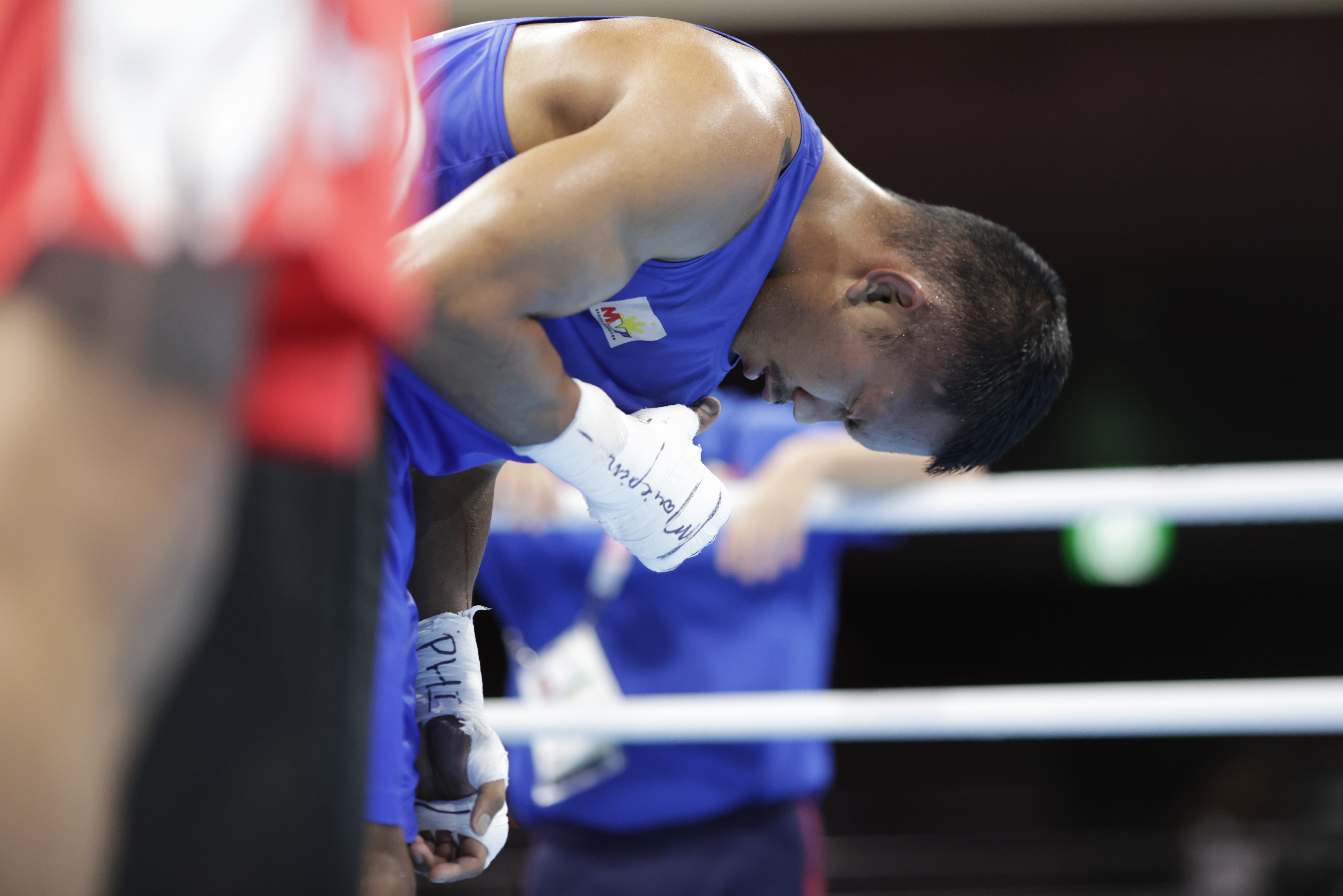 (August 5, 2021) – Eumir Marcial gave it his all, but he will have to settle for the bronze medal in the Tokyo Olympics.

The 25-year-old firebrand lost a razor-thin 3-2 split decision to his former tormentor Oleksandr Khyzhniak of Ukraine in the middleweight semifinals on Thursday in what was easily one of the best fights in this Summer Games.

The fight was intense, action-packed, and bloody—exactly what one would expect from two world-class boxers looking to punch a ticket to the gold medal match.

Khyzhniak was his usual aggressive self, stalking Marcial and throwing punches with bad intentions. The pride of Zamboanga City, however, did not back down, himself throwing haymakers with even meaner intentions. The two engaged in a slugfest right from the opening bell, each connecting with good, hard shots that would have felled lesser fighters.

Marcial, whose previous two fights lasted less than five minutes combined, went the distance this time around against a fighting machine. He looked gassed in the third round, softened up and slowed down no doubt by Khyzhniak’s non-stop aggression. But Marcial gutted it out and continued to go toe-to-toe with his foe from Ukraine until the final bell in what turned out to be a classic war of attrition.

Khyzhniak, a former world champion, will next face Hebert Sosa of Brazil, who pulled off a shocker in defeating reigning world titlist Gleb Bakshi of the Russian Olympic Committee in their semifinals pairing.