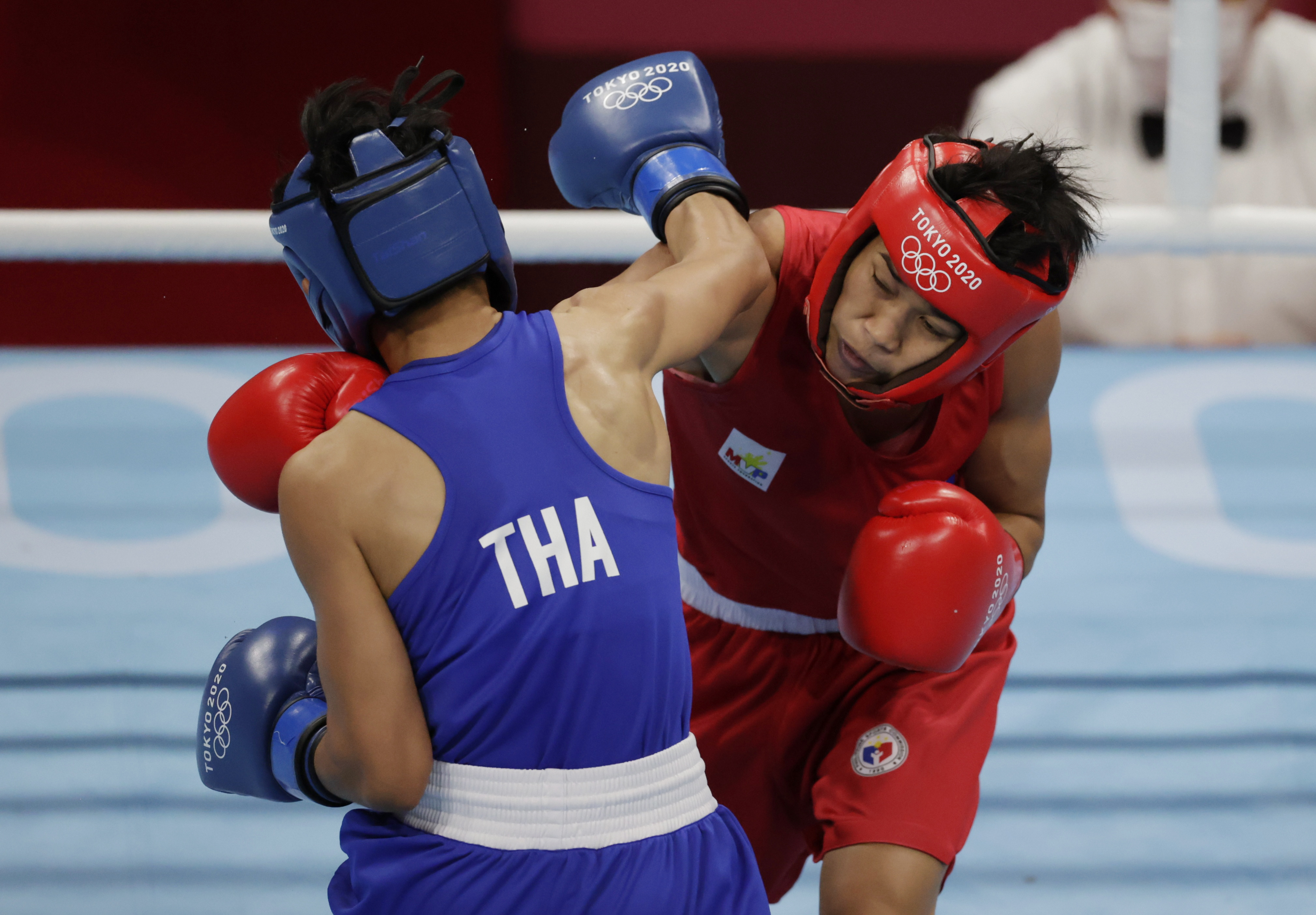 (July 29, 2021) – The Philippines absorbed its first defeat in boxing in the Tokyo Olympics after Irish Magno bowed out of the round of 16 in the flyweight competition on Monday against Jutamas Jitpong of Thailand.

It was a rematch for Magno and Jitpong as they previously met in the 2019 Southeast Asian (SEA) Games semifinals, with the soft-spoken Filipina eliminating her hard-punching foe.

Being familiar with each other’s style, both fighters started out slow and cautious in the opening round. Virtually at a stalemate, it was Magno who tried to come in first but Jitpong cracked her with beautifully placed counterpunches. Magno tried to steal the round with a solid 1-2 combination in the last 20 seconds, but it wasn’t enough to turn it around as the judges gave the round to Jitpong.

A much more confident Jitpong continued her calculated strategy in the second round, throwing beautiful hits as Magno cannot seem to gauge the right distance to be effective.

It’s more of the same story in the last round, as Magno, who just celebrated her 30th birthday last Tuesday, had little answer to Jitpong’s powerful onslaught. The Thailand bet ultimately avenged her SEA Games defeat and eliminated Magno via unanimous decision.

It’s only the first loss after six straight victories for the four-fighter team representing the Philippines in the Summer Games. The country is already assured of a bronze medal with Nesthy Petecio reaching the semifinals in the featherweight division. Eumir Marcial, who convincingly won in his middleweight debut earlier today, only needs to win one more to guarantee another podium finish. Flyweight bet Carlo Paalam needs to win two more for a sure medal.

Jitpong will now go up against Turkey’s Buse Naz Cakiroglu in the quarterfinals. (PM)