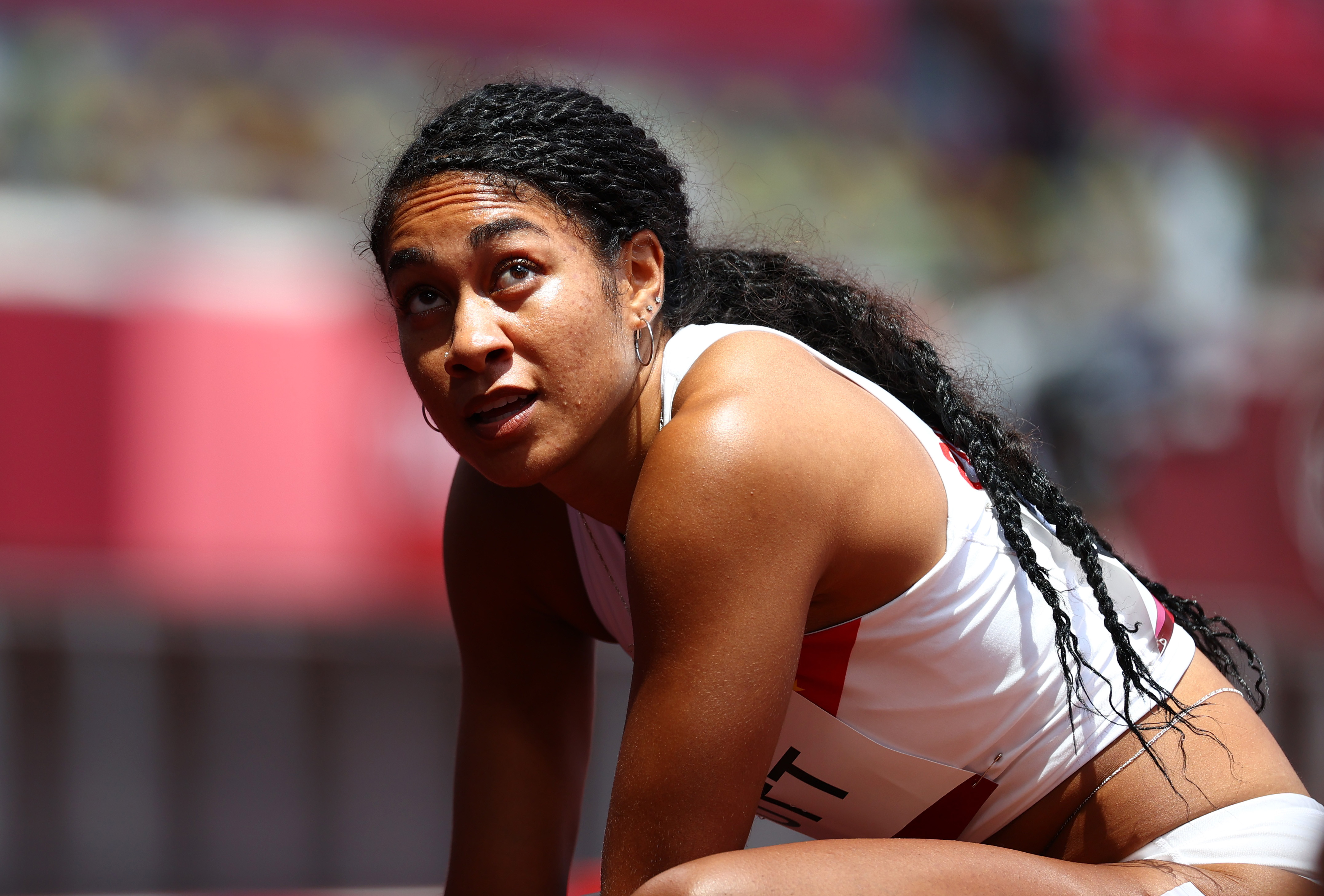 (August 2, 2021) – Kristina Knott’s journey in the Tokyo Olympics came to a swift end on Monday after failing to advance to the semifinals of the 200-meter dash at the Olympic Track Stadium.

Knott, a two-time Southeast Asian Games gold medalist, ran in heat 7 and recorded a time of 23.80 seconds, finishing last among five sprinters. She needed to finish in the top three of her heat to advance to the next round.

The 25-year-old Filipina-American, who traces her roots to Imus, Cavite, also fell short of beating her national record of 23.01 seconds. Overall, she placed 37th out of the 41 competitors in her first stint in the quadrennial event.

Finishing first in heat 7 was United States’ Jenna Prandini, who clocked in at 22.56 seconds. She was followed by Gambia’s Gina Bass and Australia’s Riley Day who recorded 22.74 seconds and 22.94 seconds, respectively.

The whole field was topped by Christina Mboma of Namibia who clocked in at an astonishing 22.11 and Gabrielle Thomas of the United States with 22.20.

The semifinals will be held later this afternoon. (PM)