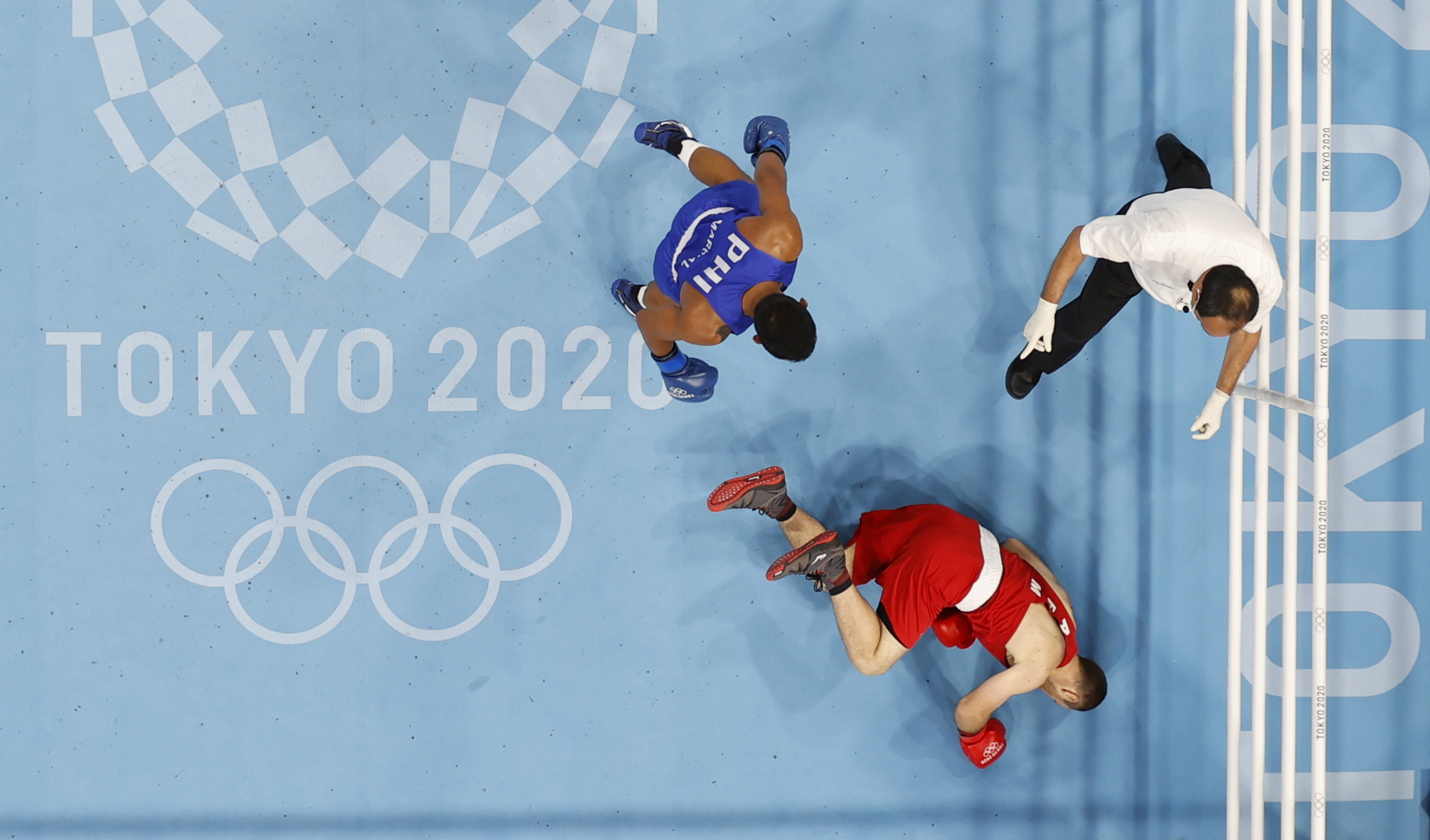 (August 1, 2021) – Eumir Marcial’s path of destruction continues in the Tokyo Olympics, as he scored an impressive knockout win against Arman Darchinyan of Armenia in their middleweight quarterfinals match, securing another podium finish for the Philippines.

For the second straight time, the pride of Zamboanga only needed one round on Sunday to dispatch his opponent, similar to his Olympic debut in the round of 16 against Algeria’s Younes Nemouchi. This time though, Marcial’s elite boxing skills were on full display.

Fighting at an almost similar style like his uncle, Vic Darchinyan, the Armenian entered the fight against the Filipino with just one strategy in mind: Move forward and hope to catch Marcial. But the 25-year-old Marcial was always one step ahead, using superb movement and perfectly timed jabs as he immediately took control of the fight.

Just inside the two-minute mark, Marcial caught Darchinyan with a beautiful combination that forced the referee to give the Armenian a standing eight-count, which proved to be the beginning of the end for him.

A few seconds later, the hard-hitting Marcial connected with a powerful right hook counter to his unsuspecting opponent, knocking out Darchinyan in stunning fashion at the 2:11 mark to earn another quick victory. The winning punch was reminiscent of Manny Pacquiao’s now-iconic KO of Ricky Hatton in 2009. It’s worth noting that like Pacquiao, Marcial has also trained under Freddie Roach.

It has only taken Marcial a total of four minutes and 54 seconds to win his first two fights.

With Marcial’s quarterfinals win, the Filipino boxing crew is now assured of a second podium finish in the Tokyo Olympics, following Nesthy Petecio’s victory in the semifinals of the featherweight competition.

Standing in the way of Marcial for a spot in the gold medal match is Oleksandr Khyzniak of Ukraine, who’s also a furious fighter. Their semifinals bout is set for Thursday. (PM)