MENU
Share Tweet
THE OTHERS | Aside from athletes, other Filipinos also lend talent to Tokyo Olympics
Aug 06, 2021 | 04:22 PM 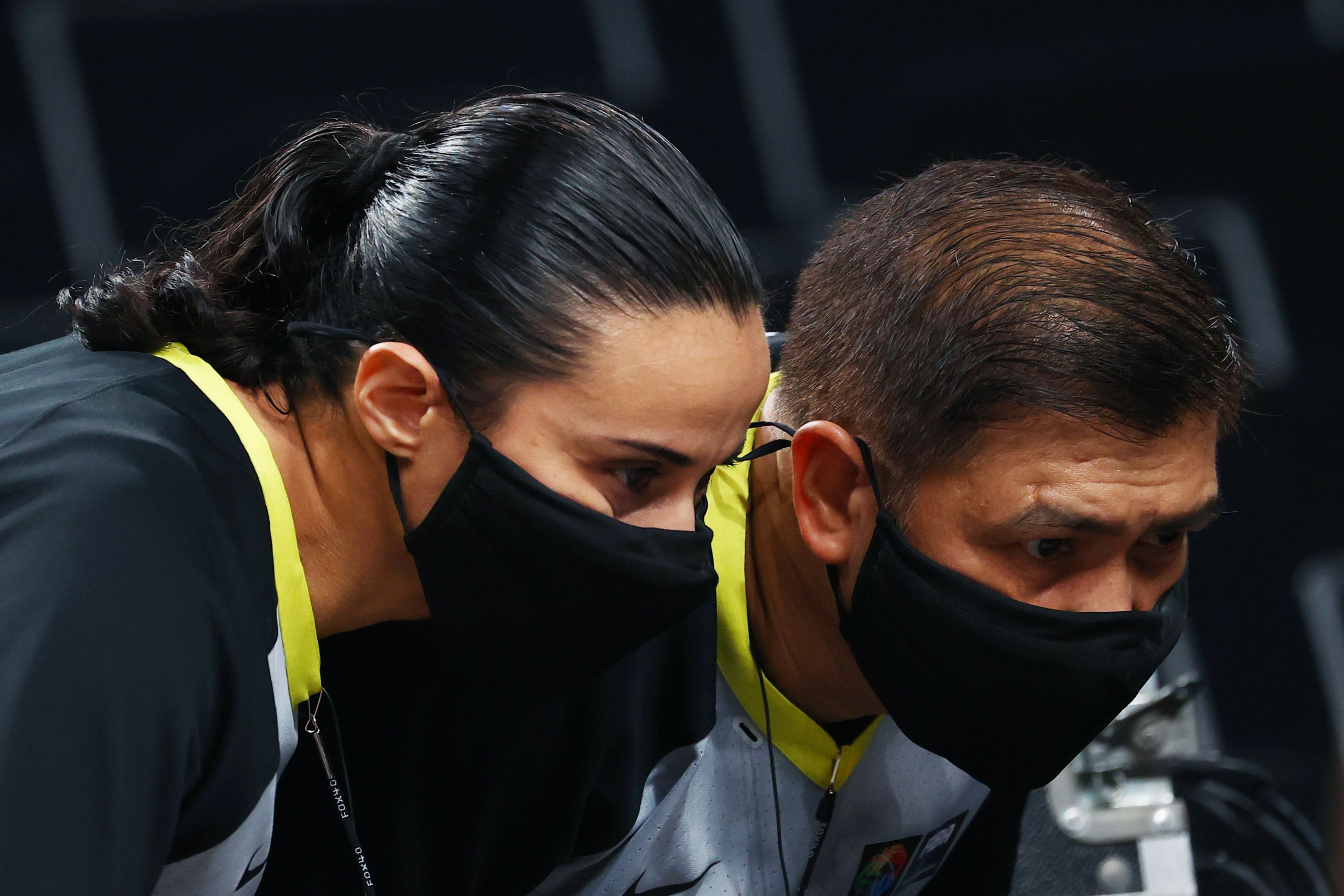 (August 6, 2021) – The Filipino athletes competing in the Tokyo Olympics are getting the headlines and receiving all the adulation—and rightfully so.

Even their coaches like Hidilyn Diaz’s coach Julius Naranjo and boxing tactician Don Abnett have gotten their share of the spotlight, their stories now being told by the media and many praising their contributions to the country’s best performance ever in the Summer Games.

But behind the scenes, several more Filipinos are representing the Philippines the best they can as well, but as officials, talents, and staff members in various sports.

The most notable is Filipino basketball referee Bong Pascual, who officiated in his second Olympics. The PBA’s supervisor of referees is a veteran of international competitions, having officiated in both the 2014 and 2019 FIBA World Cups.

He refereed his first quadrennial meet in the 2016 Rio Olympics, where he became only the second Filipino to referee in the Summer Games after Medardo Felipe did it in the 1984 edition in Los Angeles.

The 51-year-old Pascual began his second Olympic tour of duty in the women’s tiff between Spain and South Korea last July 26. He also refereed the match between Slovenia and Japan in the men’s division. The game featured Dallas Mavericks superstar Luka Doncic and Washington Wizards rising star Rui Hachimura. So it’s safe to say Pascual’s stint in the Tokyo Olympics—the last one according to him—was a memorable one.

Perhaps the most recognizable, meanwhile, is sportscaster Mara Aquino, who was one of the emcees of the inaugural 3×3 basketball event in the Olympics. Aquino previously shared on Instagram her excitement over her latest gig, which she says began when she was hired by FIBA to host the 3×3 World Tour last year.

“I never thought holding a mic and hosting would take me this far,” wrote the ever-lively Aquino, who has served as a courtside reporter for the PBA. “The Olympics? Is this real life?”

It was real life all right, and Aquino proved to be up to the task, never mind that she had to emcee in a mostly empty venue due to COVID-19 protocols that kept fans from watching 3×3 hoops.

Aquino’s colleagues Sev Sarmenta and Carlo Pamintuan, meanwhile, have been lending their voice, expertise, and wit as commentators for the international broadcast of some of the events, including boxing, badminton, wrestling, sailing, judo, and weightlifting to name a few.

“It’s an honor to cover not just the Philippines in these games but all other teams and matches to a global audience. I am honored that Carlo Pamintuan and I can represent Filipino sportscasting and sports following. Our knowledge and skills in covering sports are appreciated by our international broadcast producers,” said Sarmenta.

Two other Filipinos who also represented the Philippines in this Summer Games as officials were Ramon “Tats” Suzara, president of the Philippine National Volleyball Federation, and Ricky Santiago, education committee and referee groups chief of the Philippine Taekwondo Association.

Suzara served as a member of the technical committee of the volleyball competition, while Santiago was part of the officiating crew of the taekwondo event.

Of course, there’s former national equestrienne Mikee Cojuangco, who now serves as executive board member of the International Olympic Committee. Quite memorably, she was the one who handed Diaz her gold medal during the awarding ceremony.

They may not take home medals, and they certainly won’t be getting accolades and monetary incentives, but they are Olympians in their own right, and they have helped in their own little way in making the Tokyo Olympics the success it has been amid the difficult circumstances due to the health crisis. (PM)