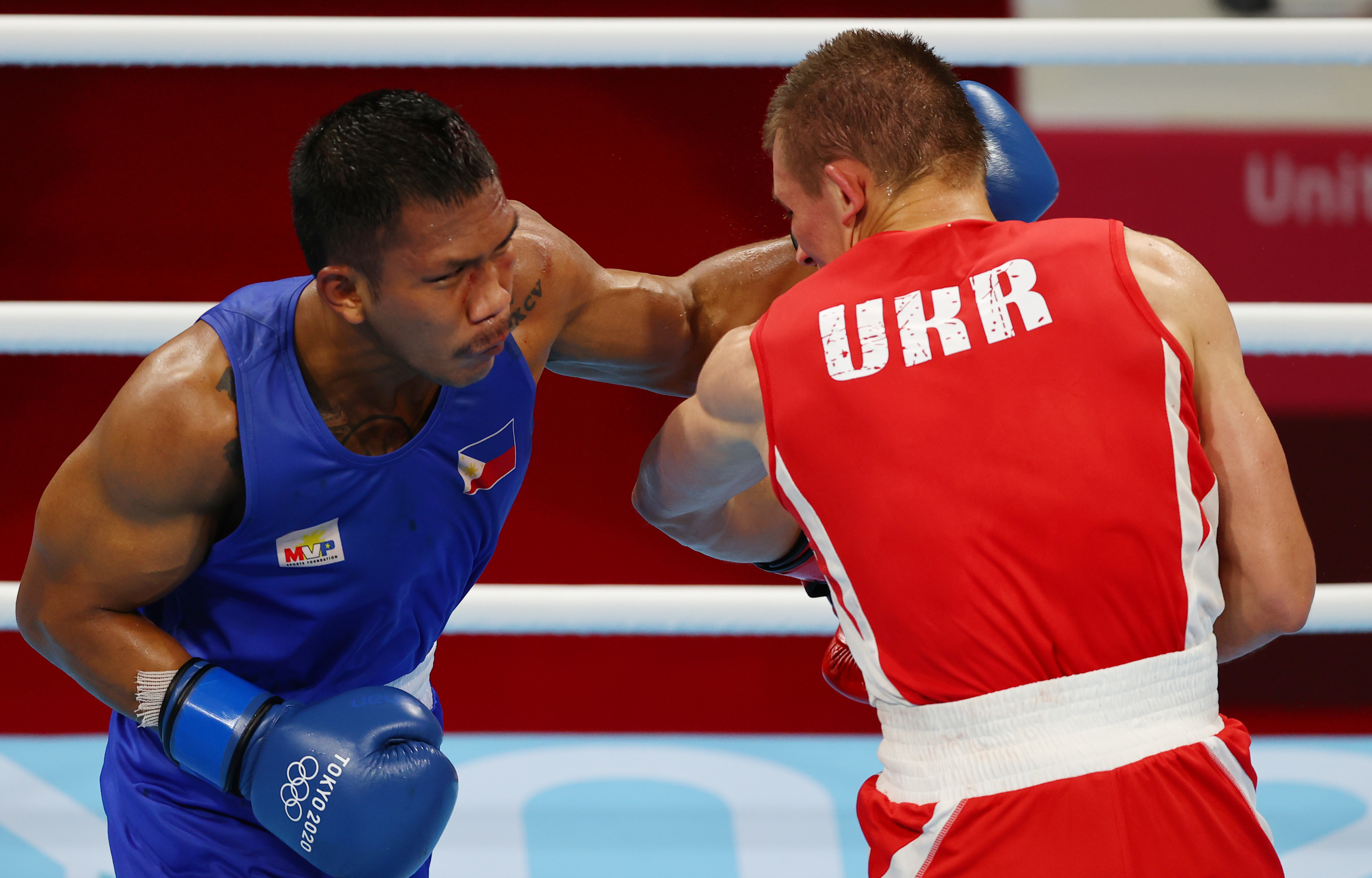 (August 5, 2021) – Eumir Marcial went toe-to-toe with a mean fighting machine from Ukraine, and he didn’t back down.

He came up just short of a win and a trip to the gold medal match on Saturday, but it was a gritty stand that epitomized the relentlessness and fighting spirit of Filipinos.

After that all-out war against Oleksandr Khyzhniak in the middleweight semifinals in the Tokyo Olympics, Marcial deservedly got lots of love on social media, with everyone from the common folk to Filipino luminaries congratulating him and offering words of encouragement.

On the top of the list was Sen. Manny Pacquiao, who has been one of Marcial’s most ardent supporters. Minutes after the 25-year-old’s heartbreaking loss, the only eight-division world champion tweeted his support for Marcial and teammate Carlo Paalam.

“Thank you, Eumir Marcial for giving your best! Your Olympic effort was solid as gold,” said Pacquiao, whose fight with Errol Spence Jr. is just three weeks away.

Marcial, who turned professional in July 2020, is under Pacquiao’s MP Promotions, so the “Pambansang Kamao” truly knows the mettle of the Zamboanga City native.

Fight for Gold, Carlo Paalam! We are rooting for you.

Thank you, Eumir Marcial for giving your best! Your Olympic effort was solid gold.

The two of you make us very proud! 🇵🇭

Pacquiao’s “solid as gold” quip is an apt description for Marcial, who lasted all of nine minutes against a monster of a puncher, and dished out as much damage as he took in a fight that may very well end up as one of the best in Olympic history—or at least the most action-packed. Marcial even had scars from the battle: A cut on his forehead and a swollen right temple.

That Marcial gave nothing but his all wasn’t lost on everyone watching and praying for the Filipino pug, who fulfilled his promise to his parents to win a medal and was looking to win the golden prize for his late older brother. He couldn’t get the job done, but not that it matters to those awed by his resolve and refusal to back down.

Count weightlifting wonder Hidilyn Diaz as one of Marcial’s well-wishers.

“Doy, congratulations! Happy kami,” said Diaz in a video she posted on Facebook. “Congratulations, you did your best. Laban Pilipinas.”

Of course, Khyzhniak landed several more telling blows on Marcial, but the three-time Southeast Asian Games gold medalist unleashed some good shots of his own, so much so that the fight was virtually up-for-grabs going into the final round.

Marcial’s impressive performance wasn’t lost on PBA superstar Kiefer Ravena as well, who congratulated the southpaw boxer and intimated ever so slightly that the judges may have erred.

“Congrats, Eumir Marcial,” tweeted Ravena. “I dunno what match that other judge was watching, but nevertheless, gallant stand! Mabuhay ka!”

Congrats, Eumir Marcial! I dunno what match that other judge was watching but nevertheless, gallant stand! ✊🏽🙏🏽 Mabuhay ka!

It was a gallant stand, indeed, and certainly worthy of both a podium finish and the adulation of an entire nation. (PM)