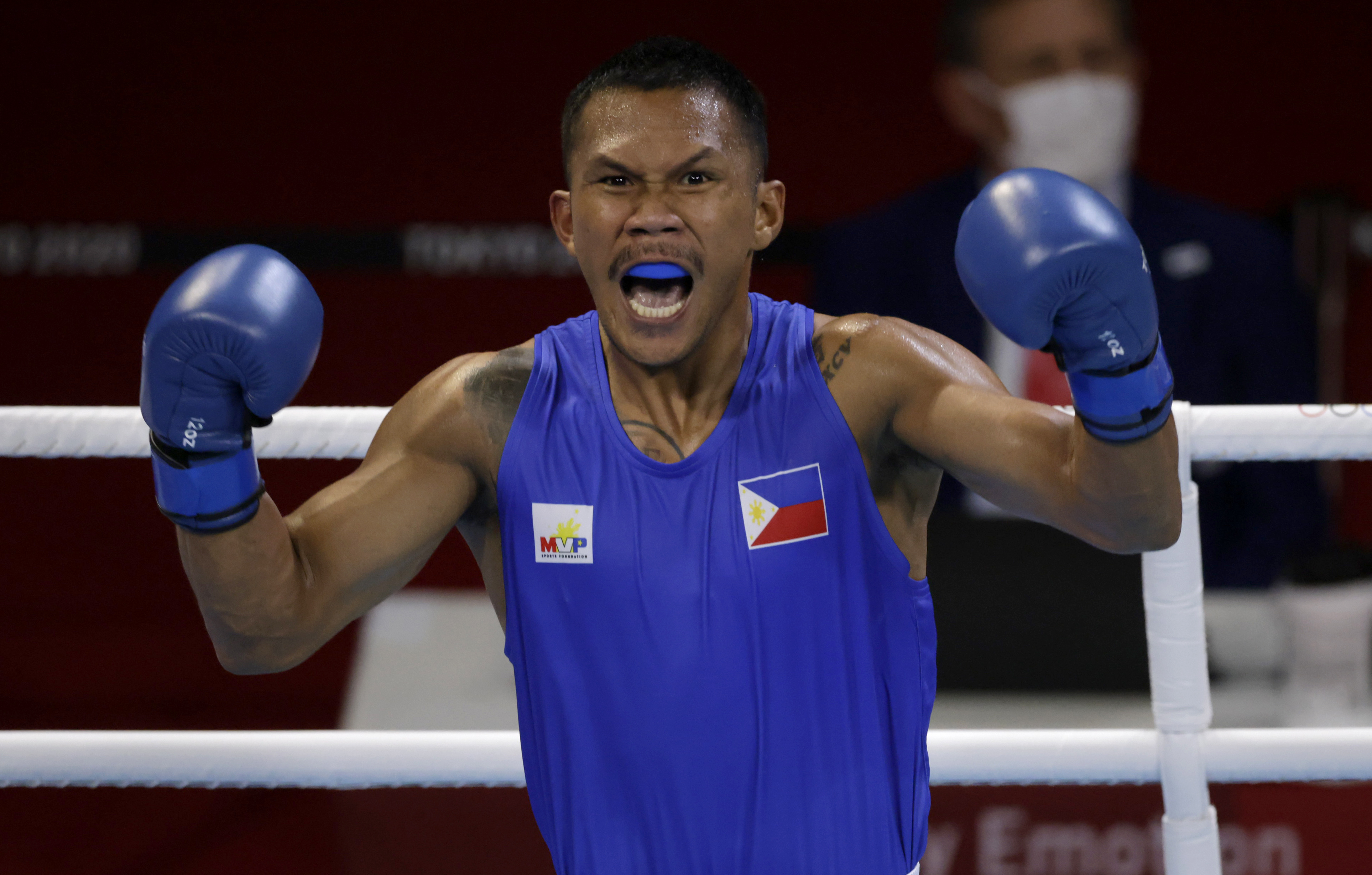 (August 4, 2021) – Eumir Marcial and Carlo Paalam on Thursday will look to extend their impressive stay in the Tokyo Olympics by booking tickets to the finals at the Ryogoku Kokugikan Arena.

Both already assured of a bronze medal, Eumir and Paalam will face tough hurdles in the semifinals of the middleweight and flyweight divisions, respectively.

Marcial, who has breezed through the competition with quick, resounding wins, will go toe to toe with Ukraine’s Oleksandr Khyzhniak. The 25-year-old pride of Zamboanga City has a score to settle with Khyzhniak, who beat him in a tournament in Bulgaria in 2019. Marcial suffered a shoulder injury, forcing his corner to throw in the towel.

Marcial has only spent less than five minutes inside the ring in his two previous wins, including a devastating knockout on fellow professional Arman Darchinyan of Armenia in the quarterfinals.

But it appears he would have to take his sweet time cutting down an aggressive Khyzhniak, who has also recorded strong victories with his seemingly non-stop motor. The 26-year-old punching machine has also pummeled the best of them, ruling the 2017 AIBA World Championships.

Marcial, however, isn’t too focused on the past, as he feels he’s improved a lot since their maiden battle.

Paalam will also face a hurdle the size of Mt. Fuji as he’s set to trade blows with Japan’s Ryomei Tanaka. While combating the host country’s bet always adds an extra layer of difficulty, the soft-spoken Paalam has already dispatched the biggest threat to his gold medal quest.

The 25-year-old Cagayan de Oro native scored arguably the biggest win of his career in the quarterfinals, as he upset defending champion Shakhobidin Zoirov of Uzbekistan via split decision.

Paalam’s confidence is peaking at the right time, even calling out critics who said he can’t beat Zoirov, and he hopes to bring that surging moxie of his against Tanaka at 1:30 p.m. Manila time.

It’s almost impossible to ignore the similarities between Marcial and Paalam. Both won a gold medal in the 2019 Southeast Asian Games, both are economical with words, both had hardscrabble childhoods, both are coming off rousing victories, and both are assured of a bronze medal. Safe to say, they’re also hoping they both get to the finals.