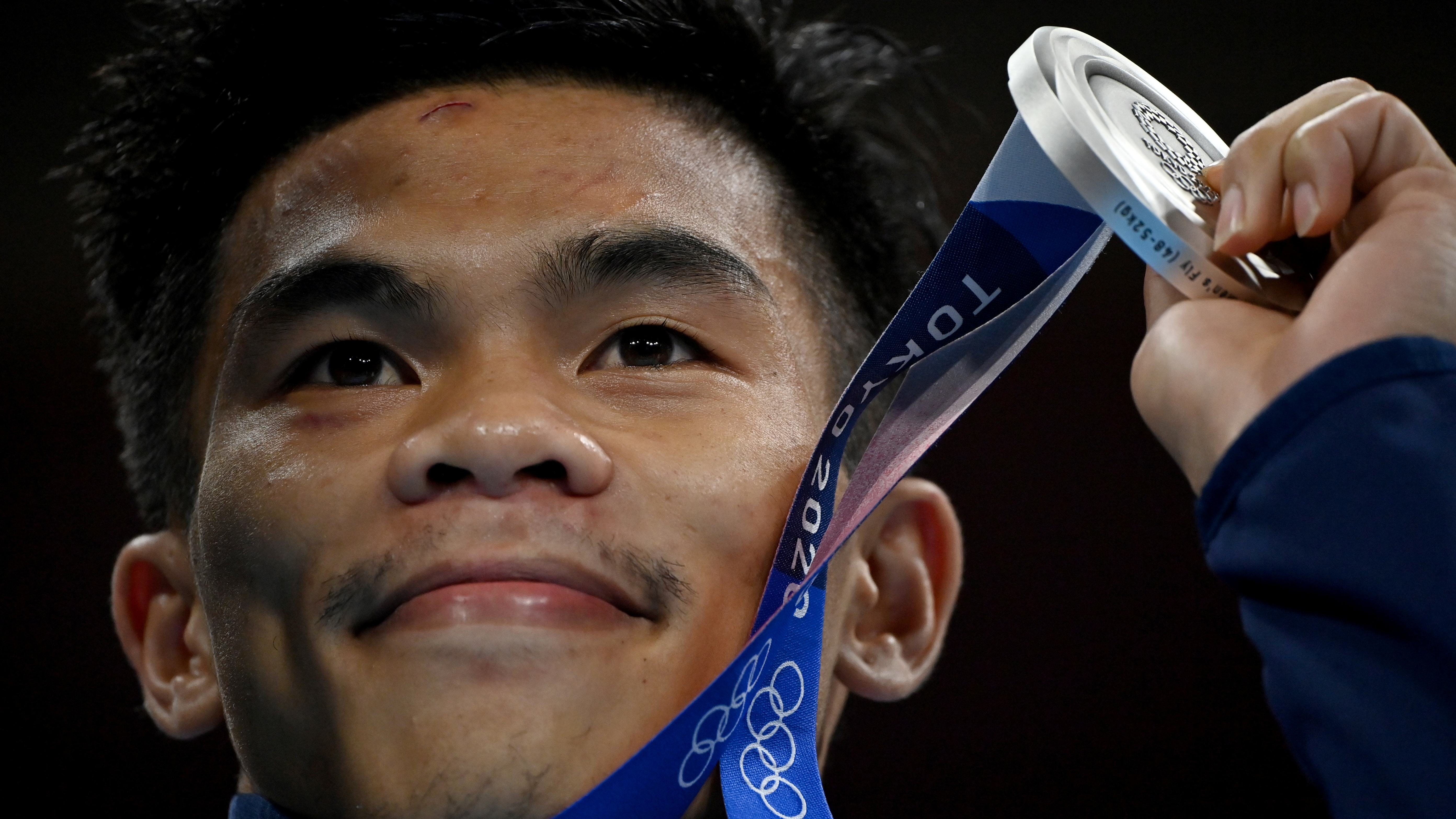 (August 7, 2021) – Backed into a corner by a most formidable adversary, Carlo Paalam did what any Filipino would: He fought back, but a little too eagerly it turns out.

A picture of calm and composure in the four fights prior, Paalam looked like a completely different boxer in the flyweight finals against Galal Yafai in the Tokyo Olympics on Saturday, drawn into a slugfest in the first two rounds and swinging for the fences one too many times.

It wasn’t a winning formula.

Paalam needed to be masterful and methodical against the aggressive, volume-punching Yafai. He had to be the same boxing clinician who outclassed Brendan Irvine of Ireland in the round of 32, Mohamend Flissi of Algeria in the round of 16, defending champion Shakhobidin Zoirov of Uzbekistan in the quarterfinals, and Ryomei Tanaka of Japan in the semifinals. He needed to outsmart and outbox Yafai, to move with a purpose and counter with precision.

An early knockdown, however, forced a change of plans.

That Paalam wanted to get back at Yafai was normal. It’s human nature. It’s how fighters are hardwired.

Paalam had another reason: This all meant so much to him, particularly winning a most unusual medal made of recycled materials. The adopted son of Cagayan de Oro, of course, made a living way back when scavenging for scraps, and memories from those days long ago surely fueled Paalam—in training, in his previous fights, and most definitely in this ultimate bout for all the glory.

The medals in the Tokyo Olympics were made from old electronic devices, in an effort by the organizers to promote sustainability and transforming unwanted junk into something useful. Something that the 23-year-old Paalam knows all too well.

The scavenger-turned-boxer came from next to nothing, and when faced with adversity, he went all-or-nothing. It might not have been the wisest decision, but that’s what fighters do.

In the end, Paalam came up just short of winning the gold medal and will. But his silver medal, pardon the cliché, is surely as good as gold for Paalam, whose life of hardship has seemingly come full circle: From looking for scraps to winning a most prestigious medal made out of scraps.

Despite the coming fame and fortune, expect Paalam to stay humble and grateful, his gleaming silver medal forever reminding him of his hard-luck life before becoming an Olympic hero. It will also be a reminder of what more Paalam can win: A gold medal in the 2024 Paris Olympics.

Paalam, the inspiring underdog of the Tokyo Olympics, will be ready. (PM)