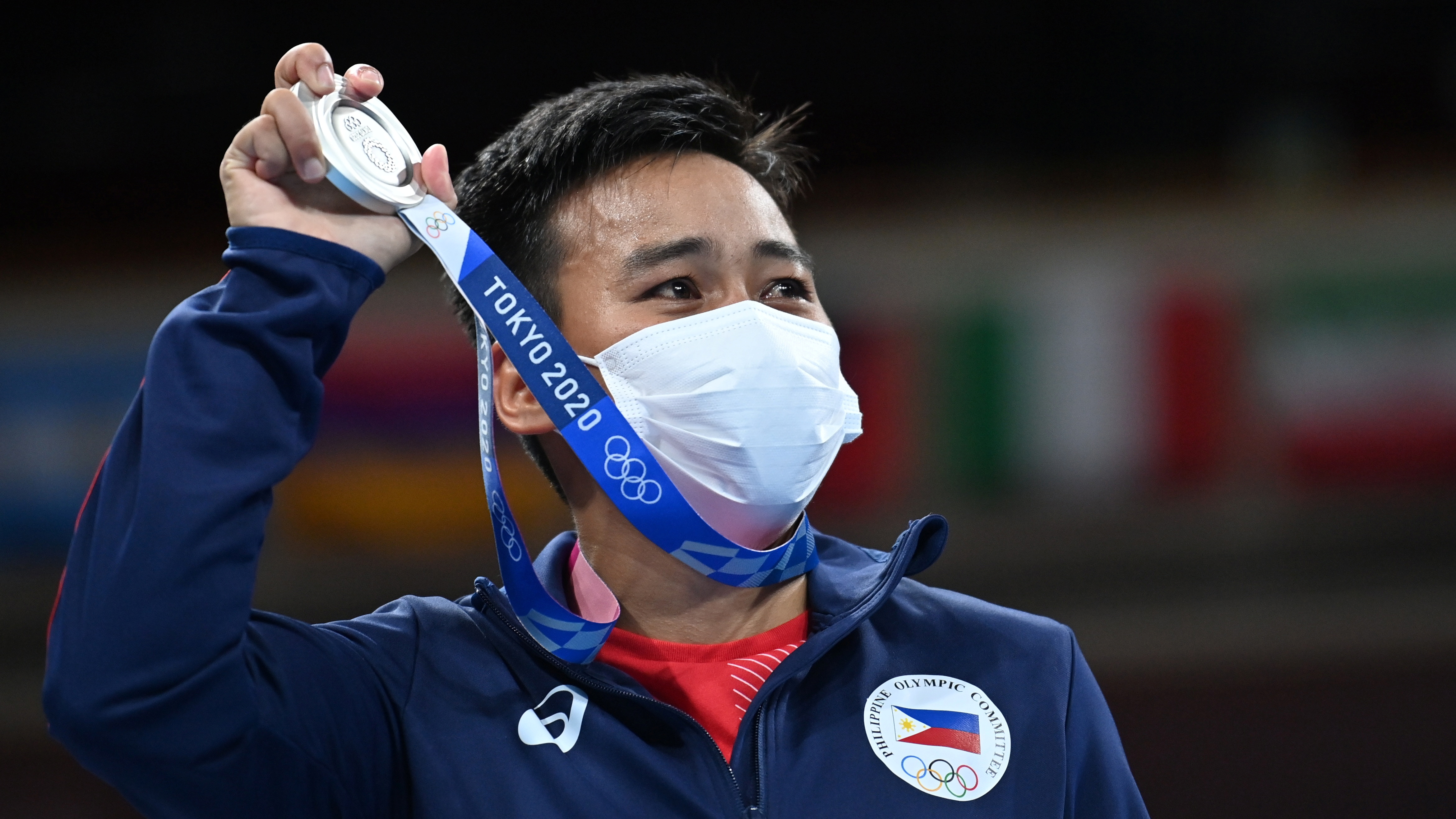 Once more, the cheery, ever-smiling pride of Davao del Sur was her usual jolly self as she bared during a virtual press conference on Wednesday the first thing she will do when she comes home: Get the lucrative rewards promised to her by different sectors.

“Siguraduhin ko muna ‘yung mga pinangako po,” said the newly minted Olympic silver medalist, who already broke into a hearty giggle even before she could finish her answer.

Even Philippine Olympic Committee president Rep. Bambol Tolentino, who was seated right next to Petecio, let out a chuckle as the 29-year-old boxer keeled over in laughter, delight apparent in her beaming eyes.

But of course, the fact that Velasco still hasn’t received most of his rewards is no laughing matter. The legendary boxer recently pointed out anew that he never got all the incentives promised to him after winning the silver medal in the 1996 Atlanta Olympics. Coincidentally, his brother, Nolito Velasco, is one of Petecio’s coaches.

It highlighted the fact that before the country’s breakthrough campaign in the Tokyo Olympics, national athletes didn’t usually get the support they deserve, whether from the government or the private sector.

But with the inspiring performances of Petecio, Hidilyn Diaz, and the rest of the 19-strong Philippine contingent in the Summer Games, it appears things are changing for the better.

As of posting, Petecio is set to receive at least P20 million—P5 million from the government, P5 million each from the MVP Sports Foundation and San Miguel Corporation, P3 million from Phoenix Petroleum, and P2 million from House Deputy Speaker and sports enthusiast Mikee Romero. That’s on top of the condominium unit worth P10 million pledged by real estate mogul Andrew Tan, the house and lot worth P2.5 million promised by Ovialand, and the unlimited flights for five years from AirAsia.

Petecio is set to receive a king’s ransom, so forgive her if she wants to secure her fortune first thing when she gets home. After all, she earned every single peso and every bit of recognition accorded to her.

Another thing the reigning world champion is looking forward to is to enjoy her glorious moment and get some much-deserved rest. Even so, Petecio has duty on her mind. In fact, she seems to be plotting already for the next time she will represent the Philippines.

The 30th SEA Games, which was supposed to be held in Vietnam this December has been postponed due to the COVID-19 pandemic.

Petecio was also quick to add that she’ll report back to training the moment her coaches ask her to. That makes perfect sense given what seems to be Petecio’s grand plan: Represent the flag all the way to the 2024 Paris Olympics.

It is quite the gauntlet, but the country’s latest boxing sensation is all for it. That’s not a joke this time. (PM)