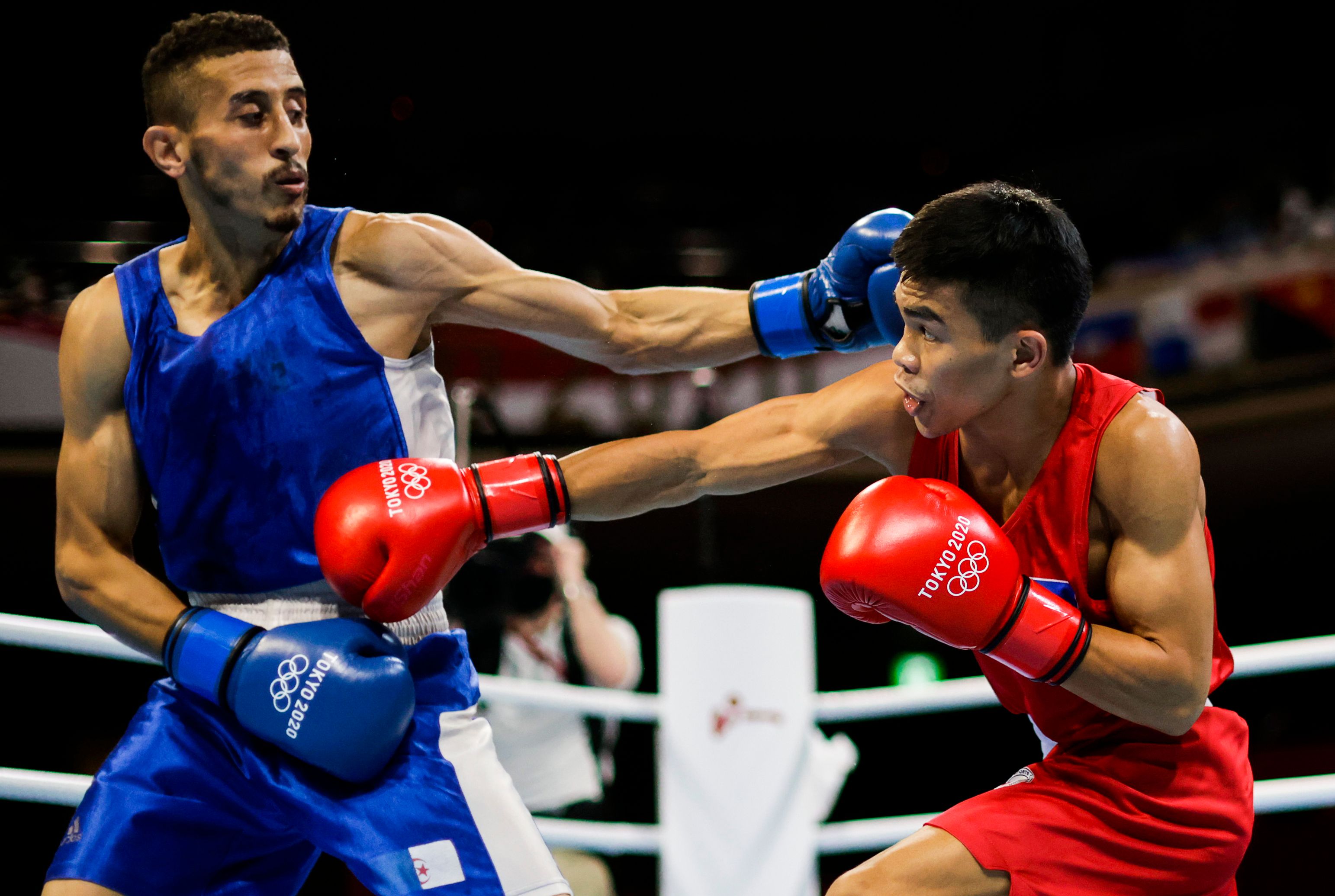 (July 31, 2021) – Carlo Paalam had a poker face as he made his way to the ring at the Ryogoku Kokugikan Arena on Saturday for his round of 16 fight in the flyweight division in the Tokyo Olympics.

After barely surviving in his previous match, Paalam played his cards right against Mohamed Flissi of Algeria, notching a unanimous decision win to march to the quarterfinals.

The 24-year-old Paalam made it a convincing triumph this around, as he displayed a more methodical tactic against the much-experienced Flissi, who has been to the Summer Games thrice already.

The soft-spoken pugilist from Cagayan de Oro, who used to pick trash to help his family make ends meet, may have said all the cliches, but there’s no denying that his performance was a nuanced one.

Clinical in his approach, Paalam surveyed Flissi all throughout the match. His evasive moves made it hard for Algeria’s bet to land hits while staying aggressive enough to sway the judges.

The road only gets tougher for Paalam though as he will next face reigning world champion and 2016 Rio Olympics gold medalist Shakhobidin Zoirov of Uzbekistan. Clearly, it will be Paalam’s toughest test in the Tokyo Olympics. But with a steady corner behind him, led by his coach Don Abnett, a veteran mentor from Australia, Paalam remains confident.

Paalam will look to score the giant upset against Zoirov and secure a bronze medal for the Philippines on Tuesday.