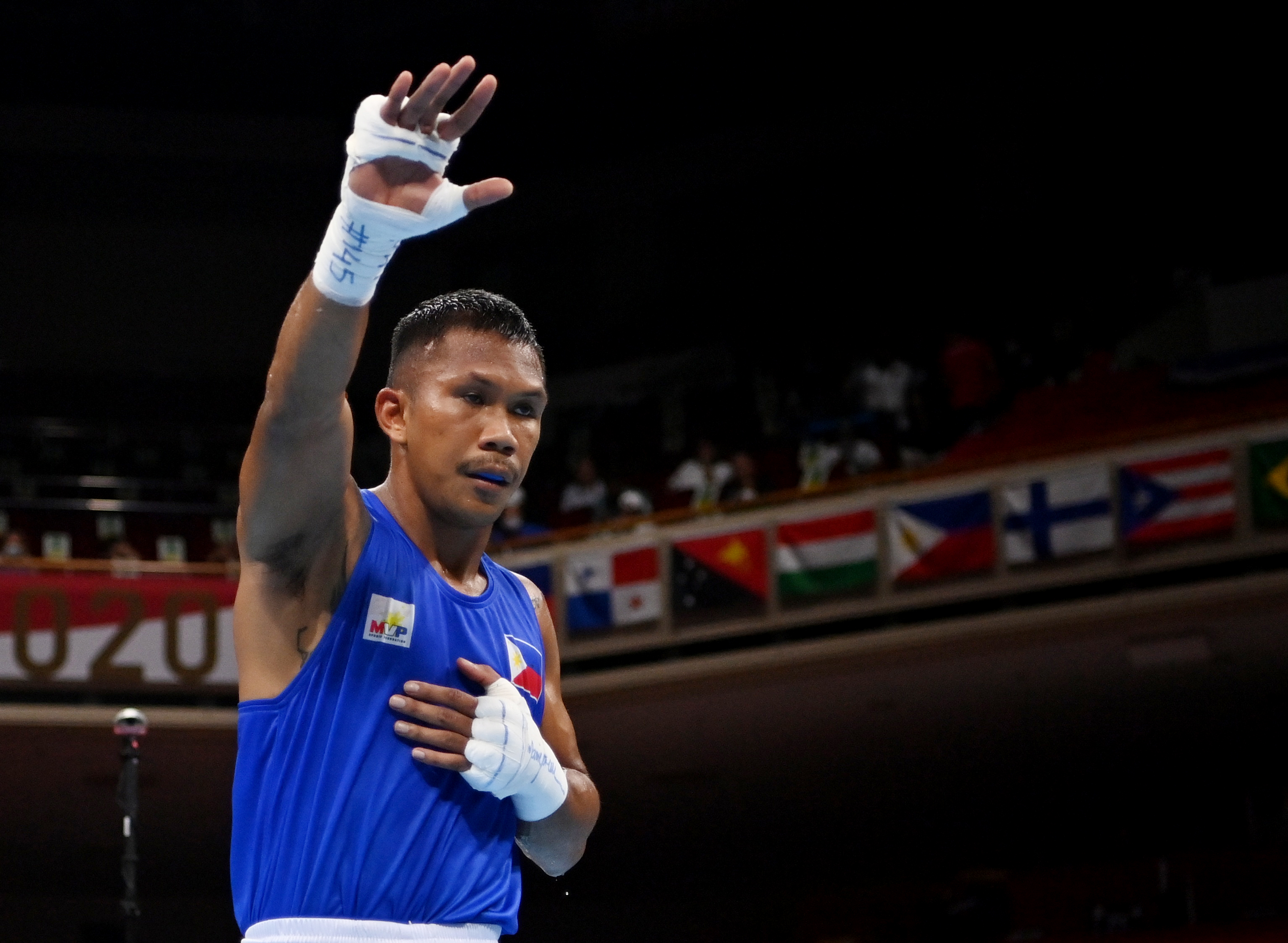 (August 8, 2021) – Eumir Marcial, now richer by millions after securing the bronze medal in the Tokyo Olympics, has a professional career to look forward to, having signed a contract with Manny Pacquiao’s MP Promotions last year.

Marcial is set to take a break for a while but is likely to hook up again with Pacquaio’s long-time trainer Freddie Roach, who has been impressed by the young pug’s talent and power.

With the Tokyo Olympics over, Marcial and Roach can re-focus on the former’s budding professional career, and he is already looking forward to it. In fact, he is keeping an eye out on the middleweights who competed in the Summer Games, believing that he will cross paths with most of them, including Armenia’s Arman Darchinyan, who Marcial knocked out in the quarterfinals.

Likely to be in Marcial’s crosshairs too are Wilfred Ntsengue of Cameroon, the most experienced professional boxer in the  Tokyo Olympics, and eventual gold medalist Hebert Souza.

Despite a fast-rising career oozing with potential and high-profile fights, the fighting pride of Zamboanga has vowed to keep representing the Philippines in international competitions, with the 2024 Paris Olympics his ultimate target. All he is asking for this time around is that he still be given a chance.

The next couple of years are sure to be hectic for the soft-spoken southpaw, who figures to have Pacquiao in his corner a lot more moving forward after the eight-division world champion recently promised to share a few tricks, noting Marcial’s weak points in his loss to Oleksandr Khyzhniak of Ukraine.

An inspired Marcial may be focusing on his prizefighting career now, but make no mistake about it: He will put it on pause again for an opportunity to bring more glory to the Philippines. All he asks for is a chance, and he will be more than willing and ready. (PM)