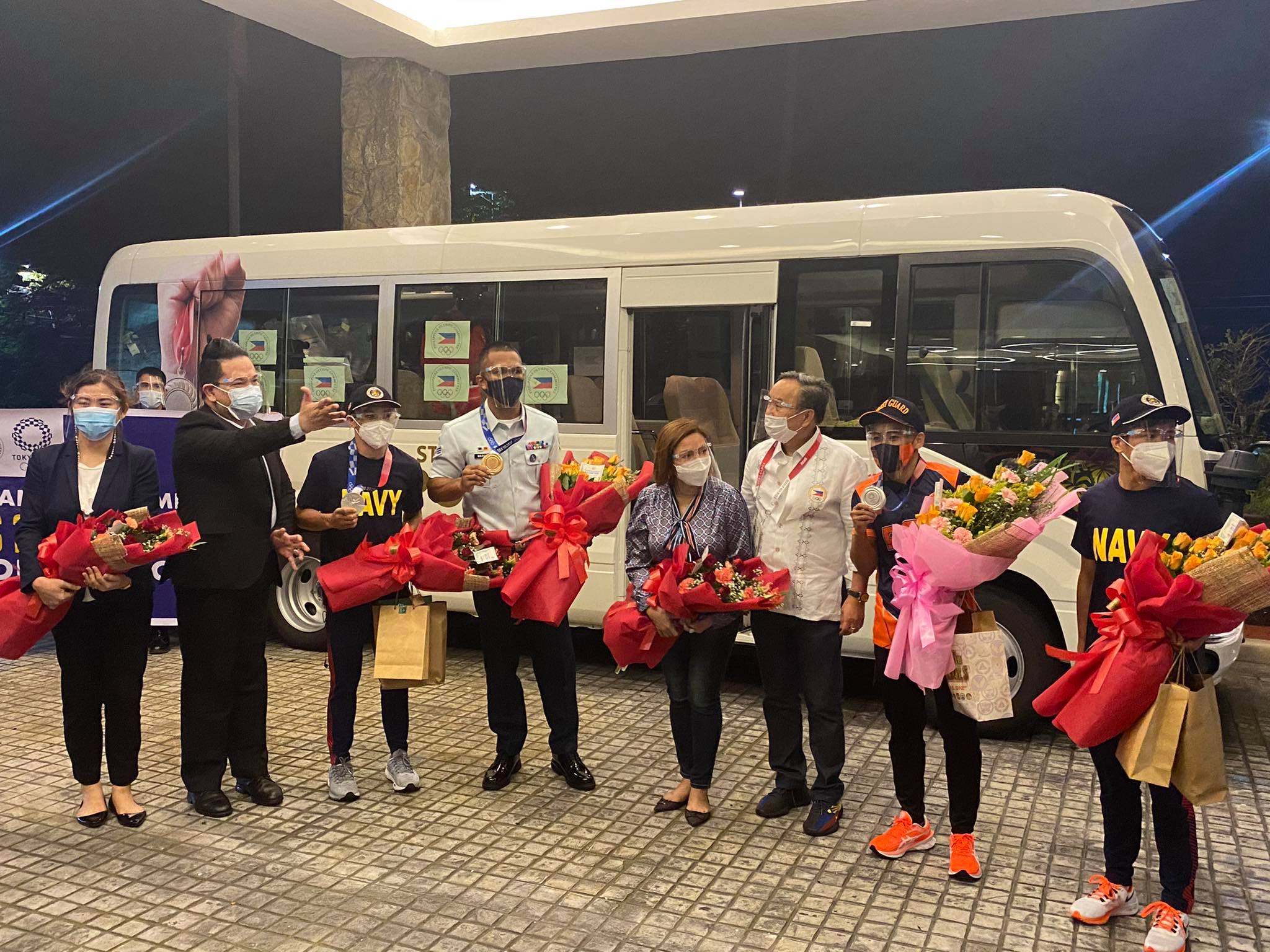 (August 9, 2021) – President Rodrigo Duterte on Monday will confer the Order of Lapu-Lapu to all athletes who competed in the just concluded Tokyo Olympics after they brought home four medals, the best ever performance of the country in almost a century in the Summer Games.

The four Filipino boxers, who won two silver and bronze medals, paid a virtual courtesy call to the president, who promised cash rewards for all athletes, even those who failed to make it to the podium.

“You all won in that… those who participated in all events brought honor to the country irrespective of… I don’t care about winning and that is why they will receive P200,000, all of you,” Duterte said during a courtesy call with the boxing athletes.

“It is not an everyday occurrence that we receive such an honor from our citizens of the Republic of the Philippines. You went to Tokyo to fight and I, well, say that you did your best and the Filipino people appreciate it,”

The four medalists, including weightlifter Hidilyn Diaz, who won the country’s first Olympic gold medal, will be conferred the Order of Lapu-Lapu, presidential award given to government officials, state workers and private individuals in recognition of invaluable or extraordinary service in relation to a campaign or advocacy of the president.

All athletes will get a presidential citation for their participation in the 32nd Olympiad which was delayed by a year because of the coronavirus pandemic. The United States emerged as the overall winner in the medal race with 113, including 39 gold medals, one more than China’s 38.

The Philippines placed 50th, the best-ever finish since 1924 when it first sent an athlete to the Olympic Games. It was also the best finish among 10 Southeast Asian countries. Indonesia was at 55th, Thailand at 59th and Malaysia at 74th. The rest did not win any medal.

Middleweight bronze medalist Eumir Marcial will be P1 million richer on top of the legally mandated P2 million reward. He was also promoted to sergeant in the Philippine Air Force.

The fourth boxer, Irish Magno who was eliminated earlier, will take home P200,000. All other members of the Philippines Olympic team will receive a similar P200,000 each.

Diaz also received P3 million from the Office of the President, in addition to the P10 million incentives under a law. (MM)