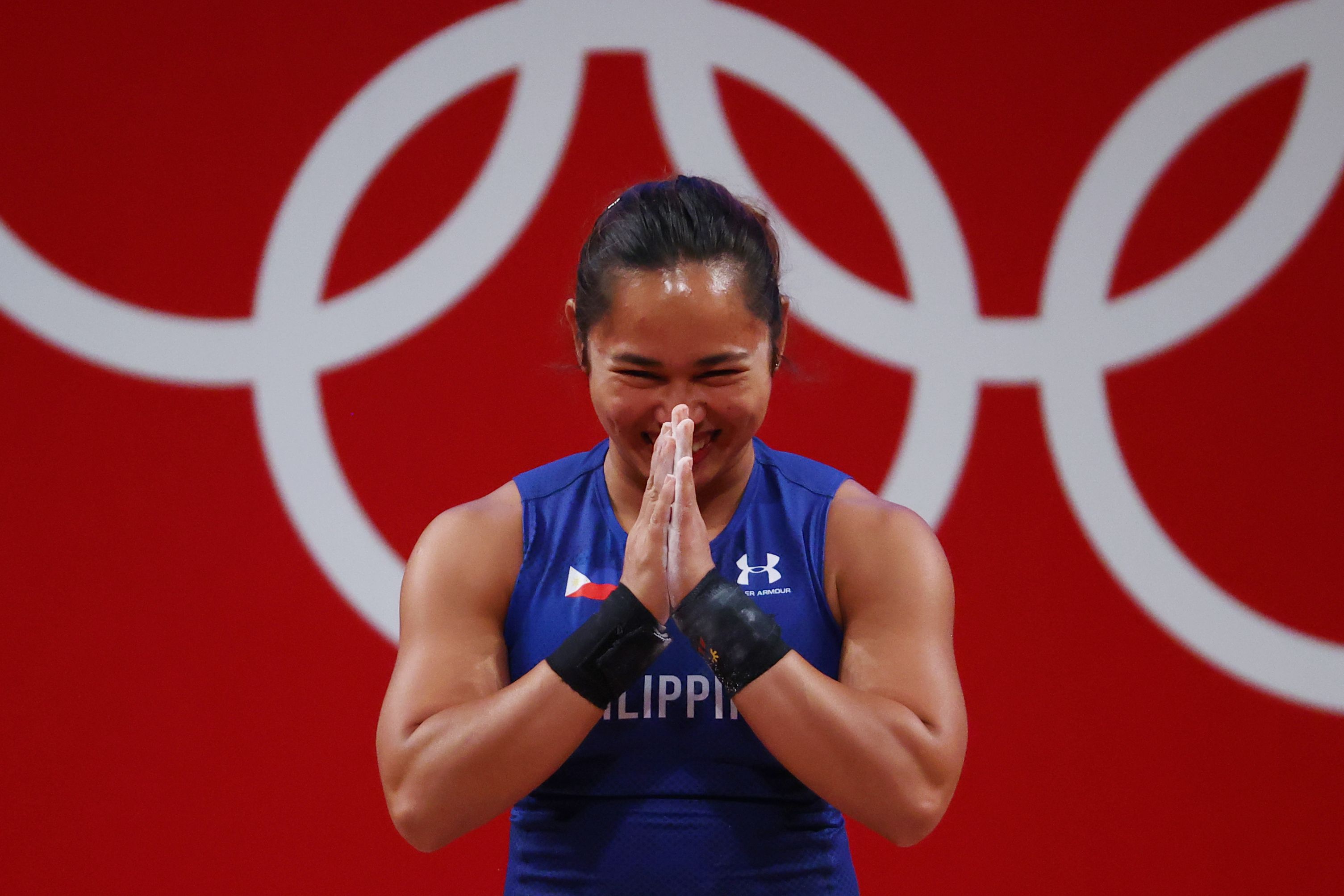 That’s one of the overriding themes in the Philippines’ impressive four-medal haul in the Tokyo Olympics, and it was most apparent in Hidilyn Diaz winning the country’s first-ever gold medal—against a stronger, more physically imposing adversary no less.

Diaz, of course, was equally up to the task, her strength much improved and her technique more refined. But equally key was her mental fortitude, which she showed when she took in stride a failed attempt in the snatch—her second try of 97 kilograms (kg)—and then responded with four straight completed attempts, the last being her decisive, gold-clinching 127 kg clean and jerk.

Maybe three years ago, Diaz would not have powered through such a high-stakes failure because for all her physical strength, her headspace was quite fragile, vulnerable to self-doubt and negative thinking. It is something the golden girl has been open about for years, even admitting that she hit rock-bottom after injuring her knee.

Trinidad has since become part of Team HD, and she is just as vital as coaches Gao Kaiwen and Julius Naranjo, who together built Diaz back up physically. Trinidad took care of the mental side, and the result was an athlete ready for her big, defining moment.

“Even if she (Diaz) is strong physically and technically, but if the psychological aspect is not good—the holistic part usually gets neglected—she will fall apart,” said Trinidad in a report by Rappler. “There should be balance in everything.”

That balance translated into a winning performance for the 30-year-old Diaz, who vanquished a cast of formidable opposition, including the supposedly unbeatable Liao Quiyun of China. That balance was also evident in the country’s boxing team, which secured three medals: A silver medal each for Carlo Paalam and Nesthy Petecio and a bronze medal for Eumir Marcial.

Dr. Marcus Manalo, another sports psychology consultant of the PSC, touched on how they improved the mental outlook of the country’s four boxers, including Irish Magno.

“You have to have a long-term approach,” said Manalo in a virtual press conference on Sunday. “Even sa training periodization namin, even si coach Don (Abnett) and ‘yung ibang coaches, won’t be comfortable with having like a one-week break just months before the Olympics. Pero meron kaming strategic breaks that we incorporate in our training plan.”

He also highlighted the unit’s people-first approach, which he says allows Filipino athletes to open up and be trusting of the PSC’s sports psychology program.

“Palagi may consideration sa mga nararamdaman nila, mga naiisip nila. We always try to recognize and increase our awareness of their thoughts and feelings. Our approach is, what we’re coaching, what we’re training for is not really boxing,” said Manalo. “We always try to understand where they’re coming from kasi kasama ‘yun sa program.”

With the strategy bearing fruit in the Tokyo Olympics, it’s no wonder sports psychology is included in the main priorities of the Philippine Olympic Committee (POC) to continue the country’s fine athletic performance in international meets.

With Diaz and company raising the bar so high, expectations on Filipino bets will surely be loftier moving forward. But with a sports psychology program in place, and hopefully continued support from the private sector, there’s a good chance that national athletes will have the mental fortitude to deal with all the pressure and adversity they will be facing—in sports and even in life. (PM)