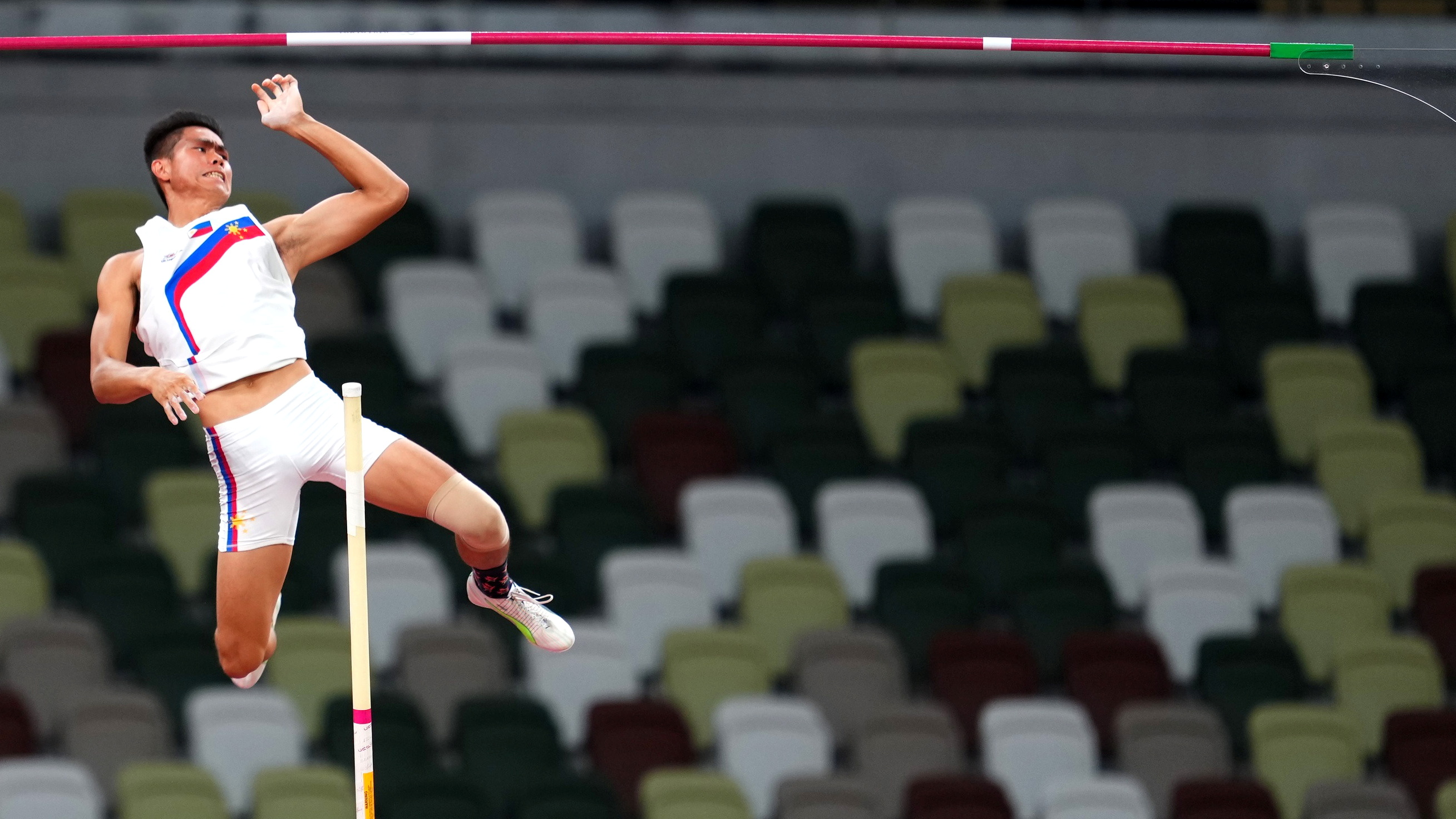 Understandably so. He is a world-class athlete, one of pole vault’s young, rising stars. He was also expected to soar to a podium finish and become the first Filipino to win a medal in athletics since high jumper Simeon Toribio did it in the 1932 Los Angeles Olympics.

But he couldn’t get the job done. He wasn’t even close. He underperformed, for a lack of a better word, fouling off each of his attempts at 5.80 meters in the Tokyo Olympics when his personal best was 5.87 meters.

Obiena was vilified by some on social media after his dismal showing in the pole vault finals. Apparently, people also put words into his mouth after saying he doesn’t have a plan yet, let alone think about the future.

Way to keep a man down.

Obiena, however, is not a quitter. Far from it. What Obiena is at the moment is an elite athlete felled by failure, and taking it to heart. That much he made clear in a Facebook post on Wednesday night, where he rued reports that he was having second thoughts about competing in the 2o24 Paris Olympics.

“It was just reported that I am ‘unsure’ or ‘not keen’ on competing at the 2024 Paris Olympics,” the Tondo-born high-flyer wrote. “My comments were taken out of context and have created an uncertainty and distraction to our country’s amazing Olympic performance.”

Of course, his performance in the pole vault finals was far from amazing. But it was definitely not for a lack of trying.

“I did not come to Tokyo 2020 Olympics to experience the Olympics,” added Obiena. “I did not come to just ‘Make the final.’ I came to win a medal for my country. This goal was not achieved. I hold myself to high standards. I am thus, understandably upset, disappointed, and reflecting so I can learn and improve myself.”

It’s clear Obiena is downtrodden. He wanted to give glory to the country, just as he did in the 2019 Summer Universiade in Italy, where he won the gold medal. He wanted that Olympic medal as much as everyone else in the Philippines. He wanted it bad, and he knew he could win it.

Even Brazil’s Thiago Braz, Obiena’s long-time training partner, knew what Obiena was capable of doing, having seen first-hand the gravity-defying ways of the 25-year-old Manileño and his commitment to getting better.

“I’m proud of him. He’s a good guy, a strong guy,” said Braz, who won the bronze medal. “He worked hard to arrive here in Tokyo and like me tried to win a medal. He deserves a medal.”

Obviously dejected after the competition, Obiena admitted he has a love-hate relationship with the sport.

“It’s clearly not my best day. Not even my second, not even my third. I don’t really know what happened. It’s more mental than physical,” said Obiena in an interview with One Sports. “I love the sport, just a little bit right now, I don’t love it that much. It’s like we have this fight.”

He also accepted a harsh reality.

“I kept saying to myself that ‘This is just gonna be another competition.’ But it wasn’t. So I guess that hit me differently,” said the Southeast Asian Games gold medalist.

Now, aside from the painful loss, Obiena is left trying to defend his name from undeserved vitriol and unfounded, misinformed conclusions. But he will be back—better than ever and soaring to greater heights.

But for now, Obiena wants his peace. It will be the prelude to a comeback. (PM)