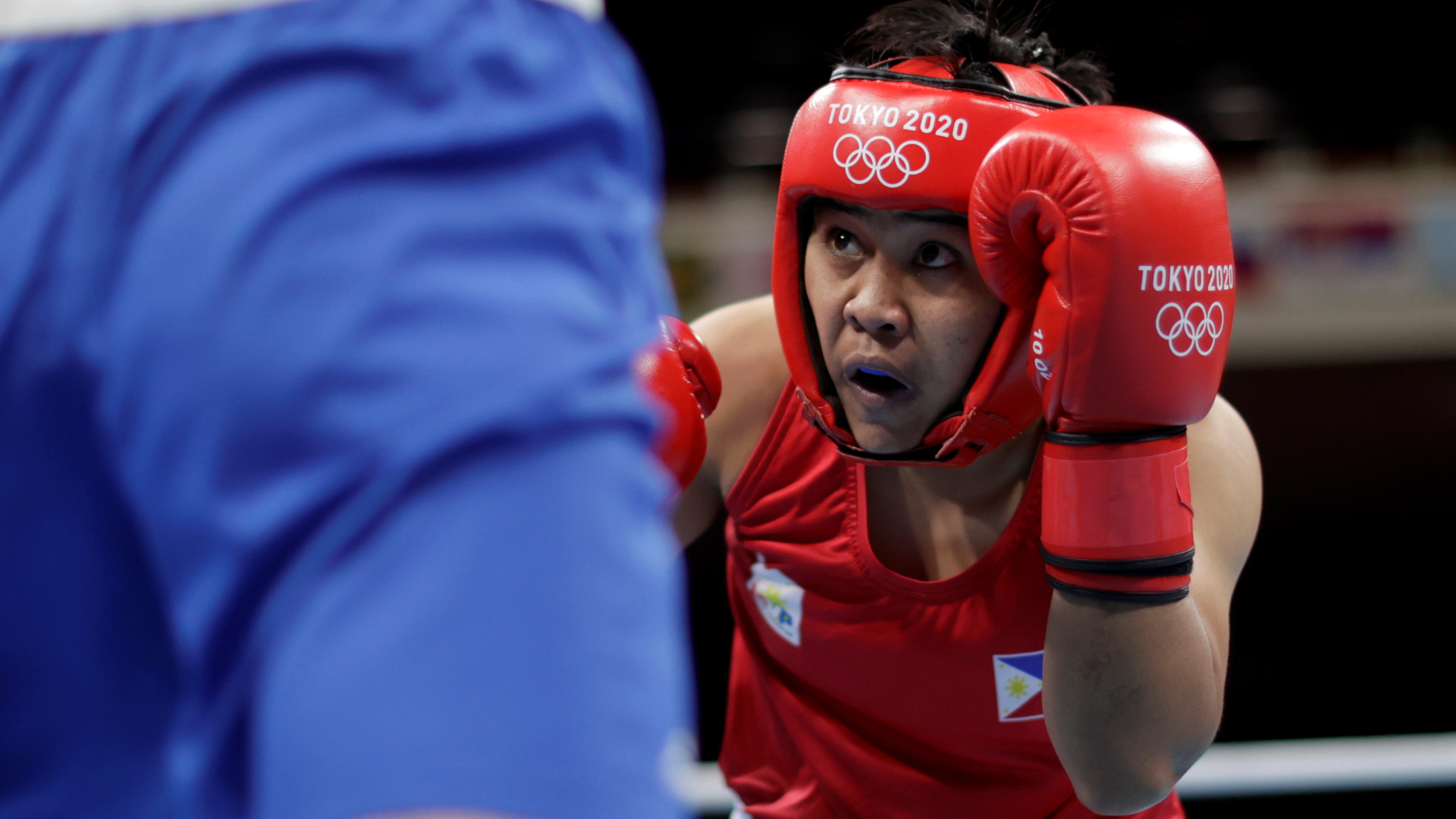 Exactly 25 years after Mansueto “Onyok” Velasco lost a heartbreaker in the light flyweight finals in the 1996 Atlanta Olympics, the closest the Philippines ever got to an Olympic gold medal at that point, the country now finds itself in a similar situation.

Now, the hopes for Philippine boxing’s very first gold medal in the Summer Games lies squarely on the sturdy shoulders of one Nesthy Petecio. She, however, is not marinating on that.

But for the 29-year old featherweight, who entered the finals in thrilling fashion after narrowly beating Italy’s Irma Tesa, the storyline also branches towards another path. For her, it’s a chance to catch up to a recent rival.

Standing in the way of Petecio and her date with history on Tuesday is hometown bet, Sena Irie of Japan, a foe she’s very much familiar with.

It was actually Petecio who welcomed Irie to the world of amateur boxing in April 2019 in Thailand. But in her debut, the Japanese escaped Petecio via split decision, a result largely considered a monumental upset, as the Filipina already had 64 wins under her belt at that time.

The pride of Santa Cruz, Davao del Sur got her revenge six months after, as she defeated Irie in the quarterfinals of the 2019 AIBA Women’s World Boxing Championship in Russia. Petecio went on to win the prestigious tournament, further cementing her status in the global scene.

The 2020 Asia/Oceania Olympic Qualification Tournament was the site of their third meeting. The serious-looking Irie proved to be a huge thorn on the side of Petecio, as she pulled off another upset victory in the quarterfinals, eliminating the Filipina and denying her an automatic slot in the Tokyo Olympics.

In just a few days, their paths will once again cross, and this time, it will be on the world’s biggest stage and with the stakes at an all-time high. Both Petecio and Irie have already secured their respective countries’ first-ever women’s boxing Olympic medal, but of course, they’re gunning for the golden one.

Irie, nine years younger than Petecio, hopes to convincingly end the score. Momentum is also on her side after an inspired showing against Great Britain’s Karriss Artingstall in their semifinals pairing. Petecio, on the other hand, aims to even up her matchup against Irie, with a landmark win 25 years in the making also at stake.

With no shortage of motivation for both fighters, expect an absolute war of attrition.

By now, Petecio knows that underestimating the less-experienced Irie will be detrimental to her goal. This time, she will be more than ready to finish the job.