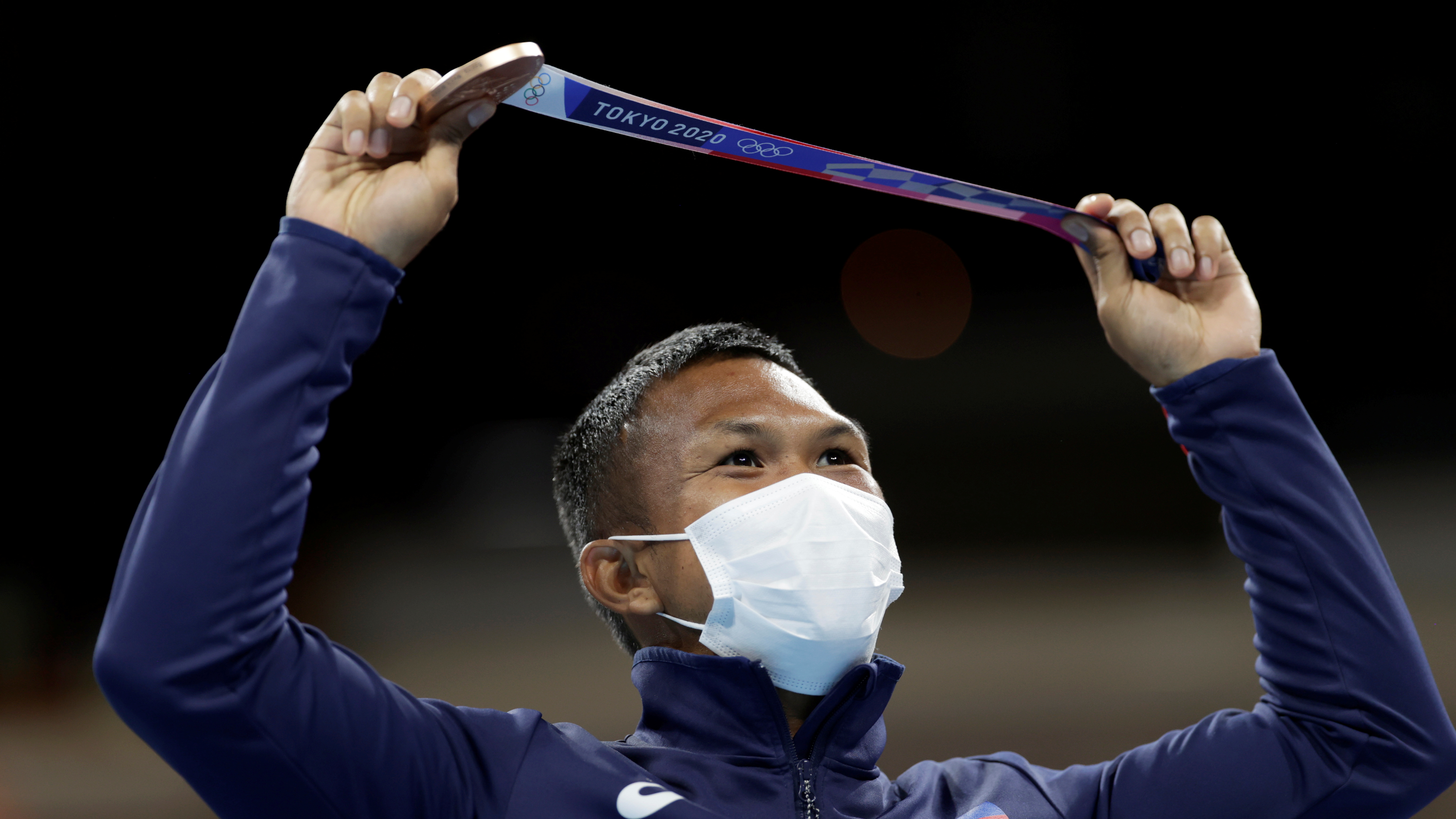 (August 7, 2021) – The Philippines will take home three medals in boxing in what has been the country’s best Olympic performance ever, adding to the gold medal of weightlifting wonder Hidilyn Diaz.

The four-medal haul in the Tokyo Olympics, according to bronze medalist Eumir Marcial, is a testament to the Filipinos’ hard work and resolve, and all the sacrifices in being away from their families even amid the crippling COVID-19 pandemic.

Marcial was, of course, talking about the most successful boxing crew the country has ever sent to the Summer Games, with his teammates Nesthy Petecio and Carlo Paalam winning a silver medal each. But he may have very well been speaking of everyone else in the 19-athlete contingent that represented the Philippines.

The 25-year-old Marcial, his face still looking a bit swollen after his loss in the semifinals, was all smiles while holding his bronze medal. While it wasn’t the ideal prize, the shy boxer beamed with pride.

Eight of the country’s 14 medals since first joining the Olympics in 1924 are from boxing, second only to basketball in terms of popularity in the Philippines. With the long history of success of local boxers, not a few Filipinos also view boxing as a ticket out of poverty.

Marcial himself feels there could be an impending boxing boom in the country, with their triumph in the Tokyo Olympics inspiring young boxers, especially in Mindanao. Marcial, Petecio, and Paalam are all native Mindanaoans, hailing from Zamboanga, Davao del Sur, and Cagayan de Oro, respectively.