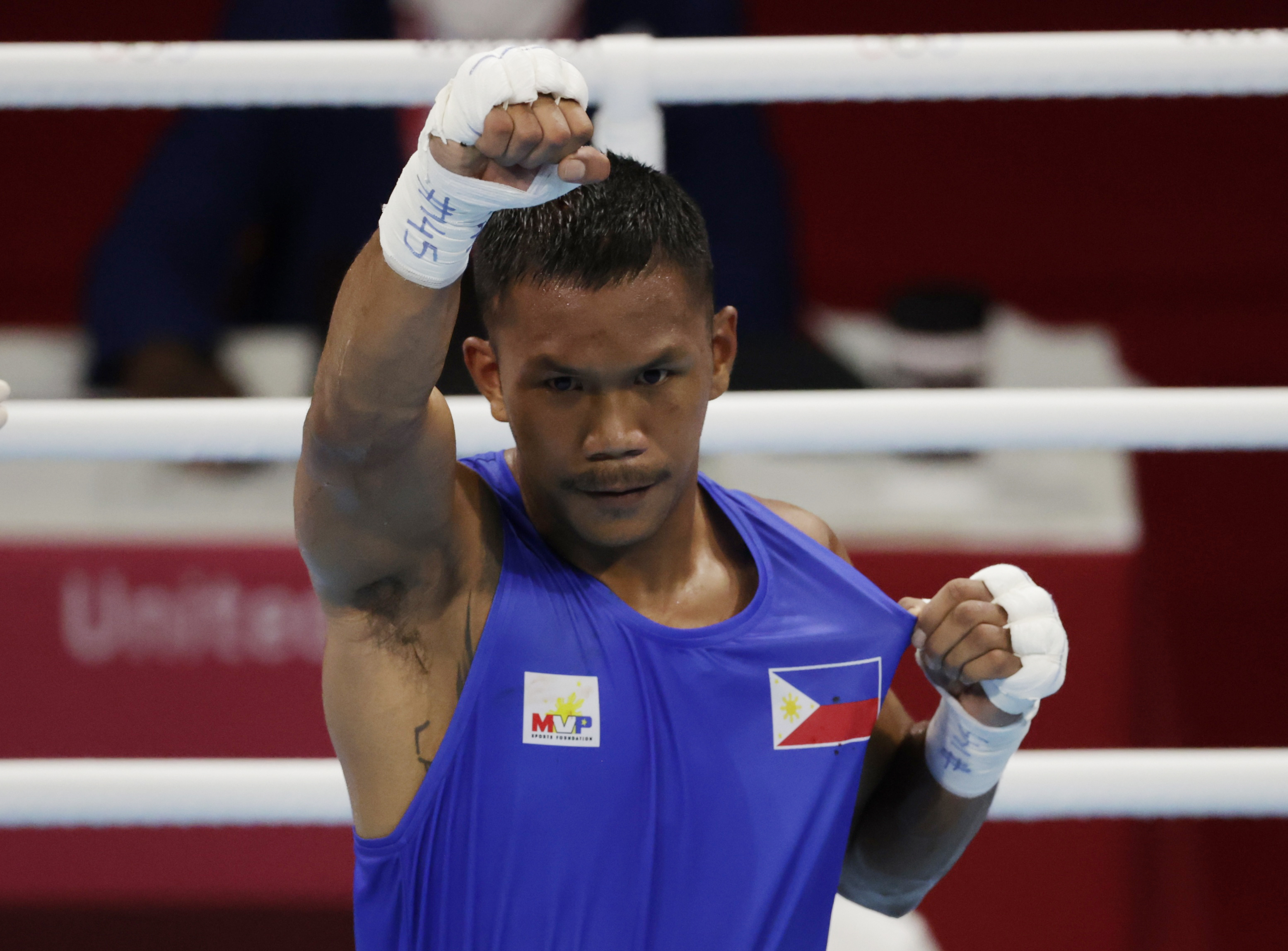 (July 29, 2021) – Eumir Marcial was quick to ease concerns that he might not be 100% ready because of prolonged inactivity, as he quickly dispatched his foe in the round of 16 of the middleweight boxing competition in the Tokyo Olympics on Thursday.

It was Marcial’s maiden fight in the Summer Games after drawing a bye in the first phase of the competition, a full 12 days after arriving in Tokyo.

Association of Boxing Alliances in the Philippines (ABAP) secretary general Ed Picson told News 5.com that the pride of Zamboanga would have very much preferred fighting earlier in the round of 32 to get an early feel of the competition.

“He would have wanted to fight right away, having tested the waters is very important,” said Picson.

But when the bell sounded to start his match against Algeria’s Younes Nemouchi, Marcial quickly showed there were no reasons to worry as he stayed one step ahead, unleashing powerful combinations  The bout was fought at a deliberate pace that worked to the advantage of Marcial, who dominated the match through patient boxing. The former world champion also scored an early knockdown just seconds into the tiff with a right hook.

The fight was ultimately stopped before the end of round one, as the ringside doctor deemed Nemouchi not capable to continue after suffering a nasty cut right above his eye.

The 25-year old Marcial made quick work of his debut match, although if it was up to him, he said he could’ve used a bit more time in the ring.

Marcial, however, was quick to guard himself against over-confidence, as he knows that the road will only get tougher as the stakes become higher in the upcoming matches.

Marcial is now hoping he can duplicate the achievement of her fellow Zamboanga native Hidilyn Diaz, as he aims to give the country its second Olympic gold medal. He is now only three wins away from making that monumental feat.