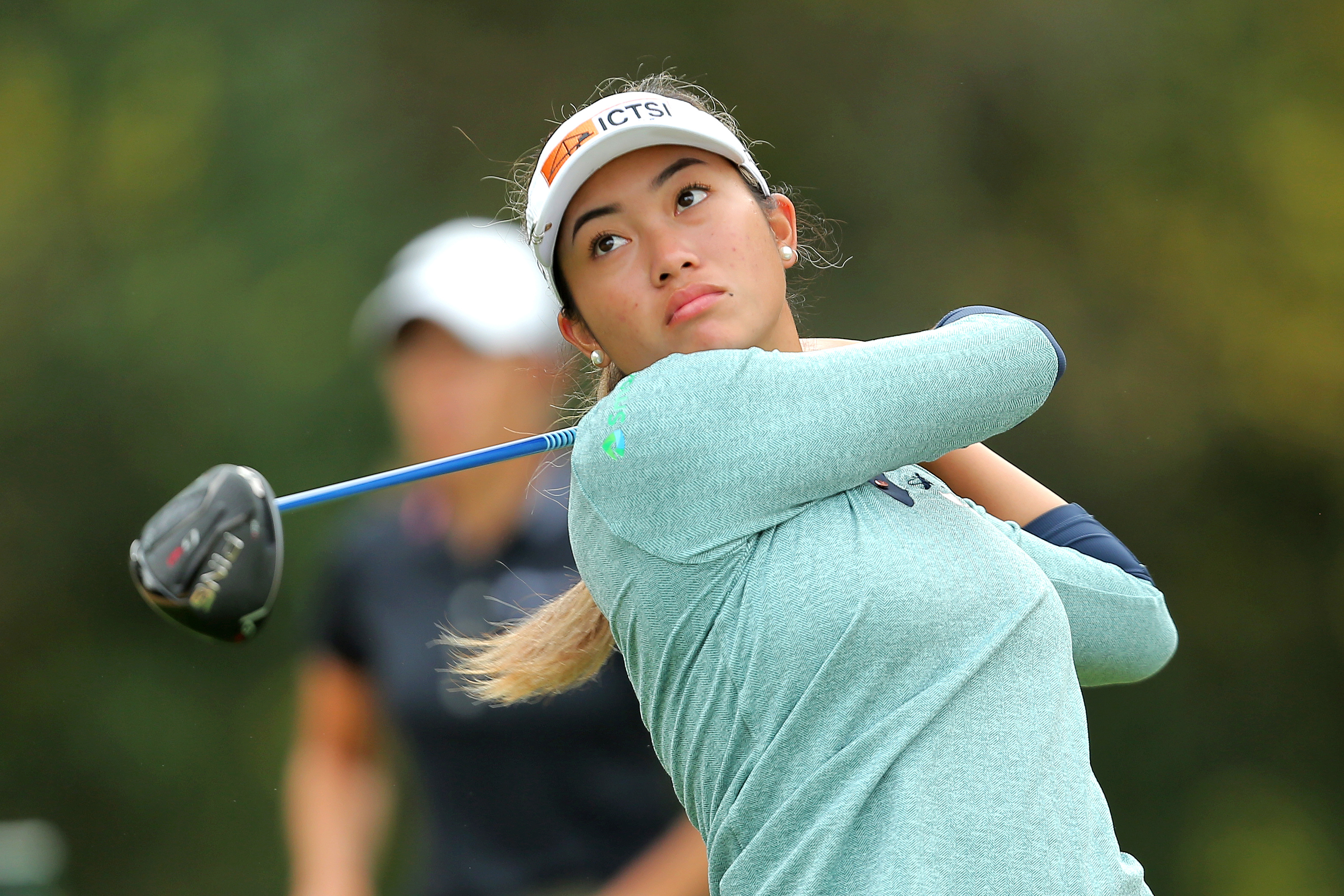 (August 2, 2021) – When Bianca Pagdanganan tees off at the Kasumigaseki Country Club in the Tokyo Olympics on Wednesday morning, one thing sure to be on her mind is Hidilyn Diaz’s historic victory that ended the Philippines’ 97-year gold medal drought in the Summer Games.

After all, Pagdanganan has seen first-hand how Diaz’s golden breakthrough has uplifted an entire nation and smashed gender stereotypes so common in patriarchal Philippines.

“Her win was so iconic,” said Pagdanganan in a report by LPGA.com. “Hidilyn won in a sport that is commonly associated with male athletes. Her breaking these barriers and showing that women can succeed in any sport is just so inspiring for the future generation of athletes, not just in the Philippines, but around the world too.”

Herself a world-class athlete, the 23-year-old Pagdanganan is drawing inspiration from Diaz’s spectacular performance a little over a week ago. She has also been inspired by boxer Nesthy Petecio’s impressive run, which could culminate with a golden flourish on Tuesday.

“I still cry when I watch their highlights,” admitted Pagdanganan to One Sports. “Oh my gosh, iba talaga. You can just see the passion when they’re playing. You understand because you’re an athlete, all their hard work paid off. You also hope that that happens to you.”

Pagdanganan understands, all right, and she has been hard at work in Tokyo, studying the course, observing the male golfers in action, and getting some practice shots whenever she can.

“I’ve been hitting balls in the driving range, practicing short game putting,” said Pagdanganan, who is known in the LPGA Tour for her long, booming drives. “It really helps that I see how the guys play it (the course). At least may idea ko what the course looks like, and probably plan ahead of time.”

One thing the self-confessed Collin Morikawa fan will have to prepare for will be the unforgiving summer heat, which has felled many a number of athletes—Filipina sprinter Kristina Knott, for instance—in the Summer Games.

But the personable Pagdanganan, who hails from Quezon City before moving to the United States for college, is unfazed by what is likely to be less-than-ideal weather conditions. In fact, the Asian Games gold medalist thinks the heat and humidity will work in her favor.

“The weather is like home. So I think there’s a slight advantage. It’s a little bit humid, so at least medyo sanay ako dun,” said Pagdanganan, the last athlete of the Philippines to arrive in the Tokyo Olympics.

Her familiarity with hot, humid playing conditions notwithstanding, Pagdanganan will have her work cut out for her if she is to medal in the four-day competition—let alone replicate Diaz’s iconic golden moment. That’s because the field is particularly strong, headlined by LPGA Tour standouts Lexi Thompson and Nelly Korda of the United States, Inbee Park and Ko Kin Young of South Korea, Nasa Hataoka and Inami Mone of Japan, Anna Nordqvist and Madelene Sagstrom of Sweden, and even teammate Yuka Saso.

But Pagdanganan is as inspired as she has ever been, driven by the success of her peers Diaz and Petecio. She is also ready for her big moment, having worked tirelessly on her game for so many years now.

Pagdanganan is eager to start her quest for Olympic glory, with hopes of ultimately making history. (PM)