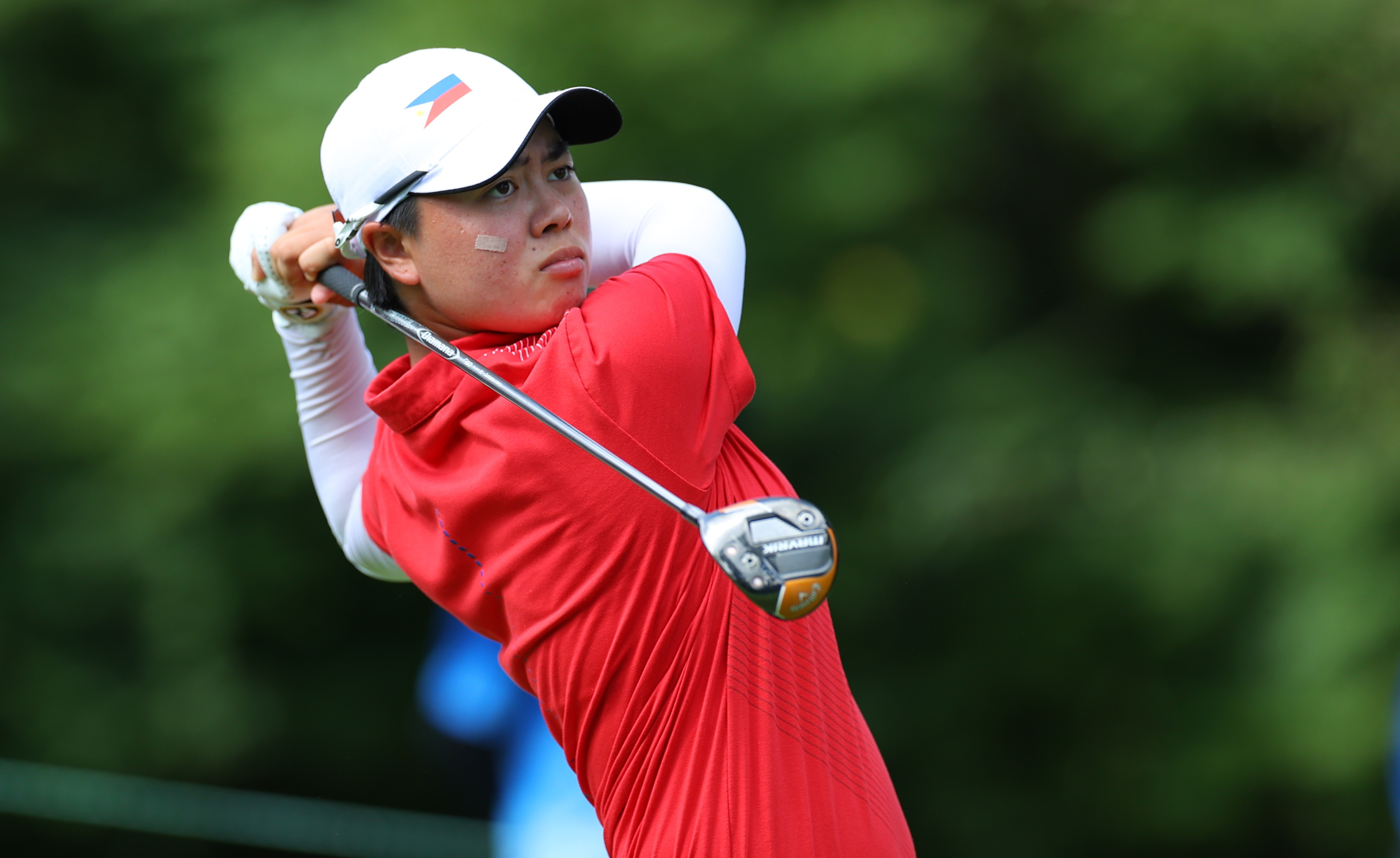 (August 4, 2021) – It was a good start overall for Bianca Pagdanganan and Yuka Saso in the women’s golf competition in the Tokyo Olympics, especially given the challenges each had to overcome.

The biggest hurdle for Saso, the reigning US Women’s Open champion, was adjusting to the greens, and her five bogeys for the day—three right on the front nine, two more on the back nine—are testament to her early struggles that ended in a 3-over 74 total.

“I think the grass is pretty tough for me,” said Saso. “It’s different from the bentgrass. I think it’s like tall ryegrass. It plays different, so I think I have to adjust to that.”

Saso said prior to the competition that she has already played at the same course before, but it was during wintertime in Japan, so the conditions were quite different then.

The 20-year-old Filipina-Japanese was also without Lionel Matichuk, her caddie since August 2020, who was rushed to a hospital on Tuesday after suffering from heatstroke. He is still recovering as of posting. Saso said the situation didn’t distract her, but it appeared to be in the back of her mind.

Pagdanganan, on the other hand, found the hot, humid conditions at the Kasumigaseki Country Club as the day’s most formidable obstacle.

“I think the real challenge was staying cool and hydrated,” said Pagdanganan. “It was really, really hot today. I think the humidity kind of gets to you, but I guess I’m also familiar already with this weather.”

That familiarity with the scorching heat, which reached as high as 35 degrees, seemed to work to Pagdanganan’s advantage, as she carded a strong 2-under 69 to on five birdies as against two bogeys. She finished tied for seventh place after day 1, just three strokes behind outright leader Madelene Sagstrom of Sweden, who shot a 5-under 66.

The 23-year-old Pagdanganan also has a plan moving forward: Drink plenty of water.

“You have to be aware that you need to drink water, even if you feel like you can’t take any more water,” said the Arizona-based golfer. “I have the tendency to get headaches when it’s too hot, so I’m not trying to get to that point. I’ve been drinking so much water.”

Her coach and caddie, Carito Villaroman, however, wasn’t so adjusted to the sweltering heat, as he needed medical treatment due to dehydration.

Despite their contrasting starts, both Pagdanganan and Saso are still in contention for medals. That only bodes well for the Philippines, as the country looks to add more to an already historic four-medal haul in the Tokyo Olympics. (PM)