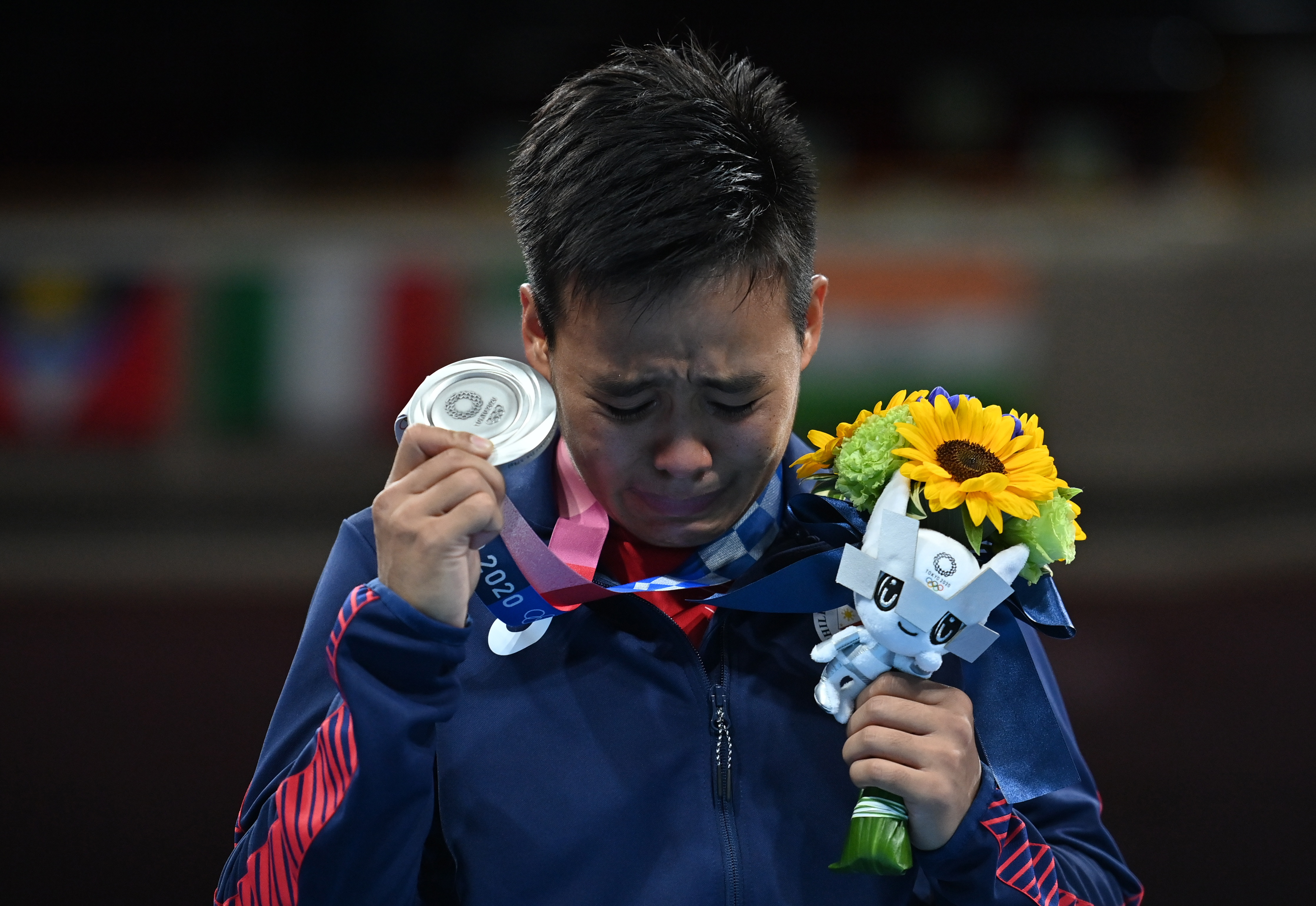 (August 3, 2021) – A crestfallen Nesthy Petecio used part of her postfight interview to apologize to a nation praying for another gold medal.

Her voice started to quiver as dejection took over after losing in the featherweight finals to Japan’s Sena Irie via unanimous decision on Tuesday in the Tokyo Olympics.

After a long pause and still fighting off tears, the fighting pride of Davao del Sur tried to talk in between sobs.

The pain in Petecio’s voice was palpable. It was undeniable. But she didn’t have to apologize, certainly not after taking the country on a thrill ride unlike no other—four scintillating wins, two of the come-from-behind variety, for a shot at a second gold medal in the Summer Games.

She came up short, but it was one hell of a run. It was inspiring and uplifting and every bit a microcosm of the Filipino fighting spirit. It was also a joy to watch, a Filipina braveheart representing the Philippines with all her heart and going toe-to-toe against world-class competition.

That she did, overwhelming the opposition with guile and savvy, along with a ferocity that belies a cheery, likable demeanor outside the ring. Petecio, in her road to gold, even cut down to size two giants a full head taller than her in Lin Yu-Ting of Chinese-Taipei and Irma Testa of Italy, each time coming back from a round down to win in convincing fashion.

It appeared that the 29-year-old Petecio would once again pull off a magical comeback against Sena in their match for all the marbles. The hometown fighter though knew better and employed a bevy of tactics to stifle Petecio’s two-fisted attacks. Sena kept moving out of harm’s way, and ultimately got the nod of all five judges in the final round to win the gold medal.

But Petecio stayed classy and gracious in defeat, giving Irie that effervescent smile of hers, plus a hug and a high-five. She was also grateful despite her heart-wrenching loss.

Petecio became the first Filipina boxer and only the second female athlete of the Philippines to win a silver medal in the quadrennial event since the country first participated in 1924.

She may have said all the right things in her postfight interview, but the sting of defeat was apparent the moment she received her silver medal, breaking down in tears next to her tormentor standing one step higher on the podium.

Petecio, who has already experienced four runner-up finishes in international competitions, cried again later on when asked about her tearful moment.

Then came Petecio’s heartfelt apology, as if she owes one to her fellow Filipinos.

She doesn’t. Not after pouring her heart and soul for flag and country. Not after rallying an entire nation drowning in divisiveness. Not after vowing to do it again, hopefully in the 2024 Paris Olympics. (PM)