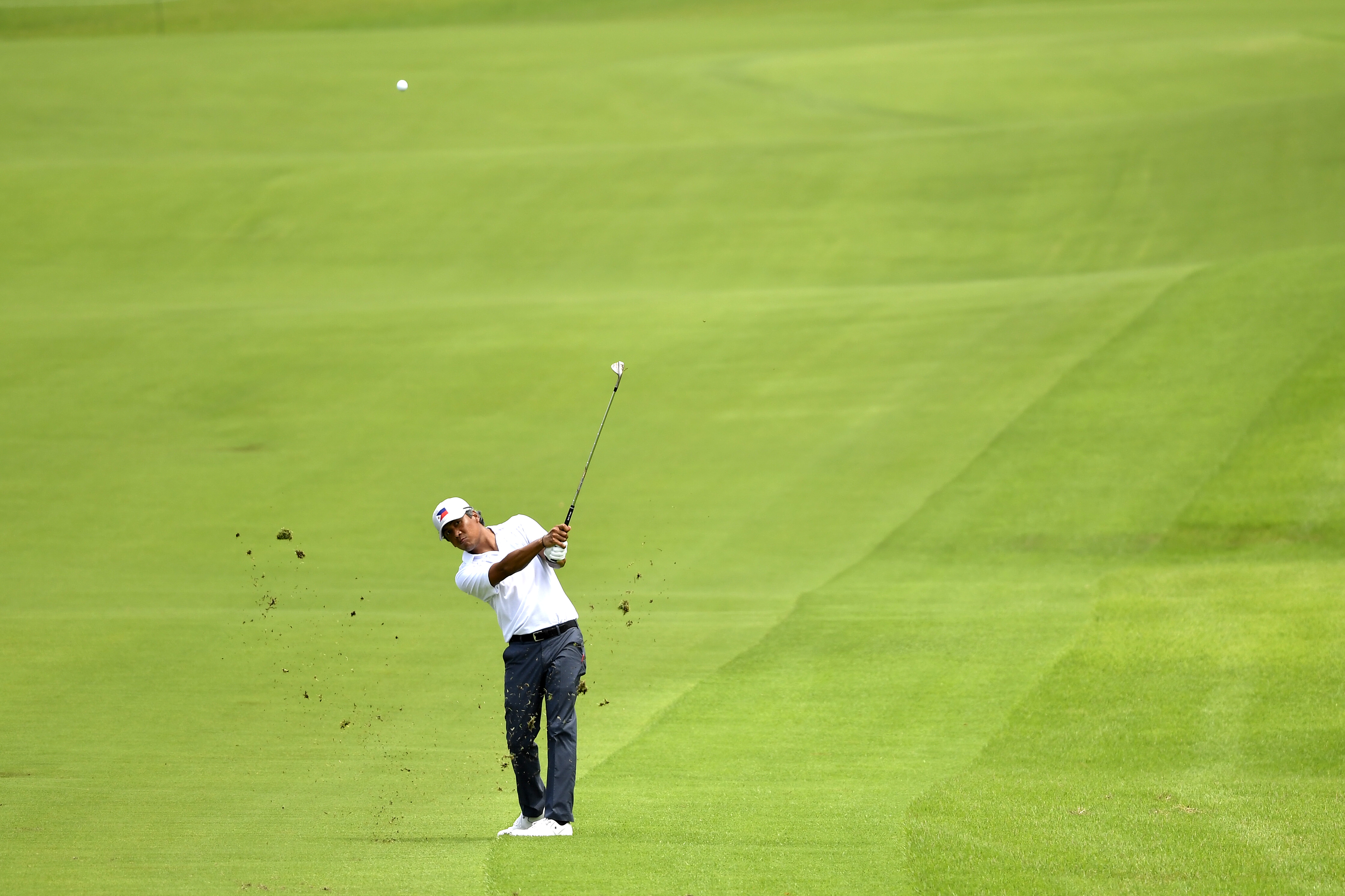 (August 2, 2021) – The whole Tokyo Olympics proved to be a roller-coaster of emotions for veteran golfer Juvic Pagunsan.

Just earlier this year, Pagunsan wasn’t even in the Olympic conversations, falling outside the top 500 of the world rankings. His fortunes, however, changed drastically after a stunning and unexpected victory in the Mizuno Open last May, which earned him his first win since taking his talents to the Japan Golf Tour 10 years ago. But more importantly, the victory ultimately earned him a spot in the Summer Games.

The 43-year old Pagunsan, the oldest among the country’s athletes, was eager to show his wares in the quadrennial event, which he considers as the culmination of a life-long dream.

“Juvic believes this might be his only chance (to play in the Olympics) so he might as well give it his best shot,” said Dizon in a report by Inquirer. “He just feels blessed to have earned a trip to the Olympics by some twist of fate and he looks forward to what is in store for him at the golf course against the best in the world.”

Not a lot was expected from the native of Bacolod City. After all, he was competing with the best golfers the world has to offer, including powerhouse names such as United States’ Justin Thomas and Xander Schauffele, Ireland’s Rory Mcllroy, and Japan’s Hideki Matsuyama among others. Heading into the competition, Pagunsan was ranked a measly 48th out of the 60 participants.

But quickly in day 1, the roller-coaster took its first loop.

Pagunsan had the leaders in his sights after an impressive round 1, delivering a birdie on the very first hole before nailing five more on the 6th, 8th, 11th, 13th, and 16th holes. He ended the round with a five-under par 66 to finish in the top 5. It seemed like a podium finish for Pagunsan wasn’t too far-fetched.

He, however, was not able to sustain the momentum in the succeeding days. A shaky performance in round 2 saw Pagunsan falling to the middle of the pack, before a paltry 76 in round 3, ultimately booted him out of medal contention.

“Maganda naman ang palo for four days. Nag-off lang ang putting talaga in the second and third round. But that’s golf,” said Pagunsan, who ended his Olympic debut at 1-over par with 285 points for 55th place.

For Dizon, who started out as Pagunsan’s teammate in the national team, early frustration may have gotten in the way.

“I felt he was a bit deflated after round two. Putts didn’t drop which was frustrating since he prepared hard especially on the greens. No excuses on his part, he just didn’t have it this week,” said Dizon in a post by Philippine Golf Tour’s Facebook page.

Pagunsan is only the second Filipino to have competed in the men’s golf event in the Olympics, following Miguel Tabuena’s stint in the 2016 edition in Rio.

Pagunsan now heads back to compete in the ongoing season of the Japan Golf Tour. With the added experience of being an Olympian, he might not need to wait another 10 years to capture another title.

The journey for the country’s first Olympic medal in golf is still very much alive as the spotlight now shifts to Yuka Saso and Bianca Pagdanganan, who will carry the flag in the women’s competition starting Wednesday at the Kasumigaseki Country Club. (PM)