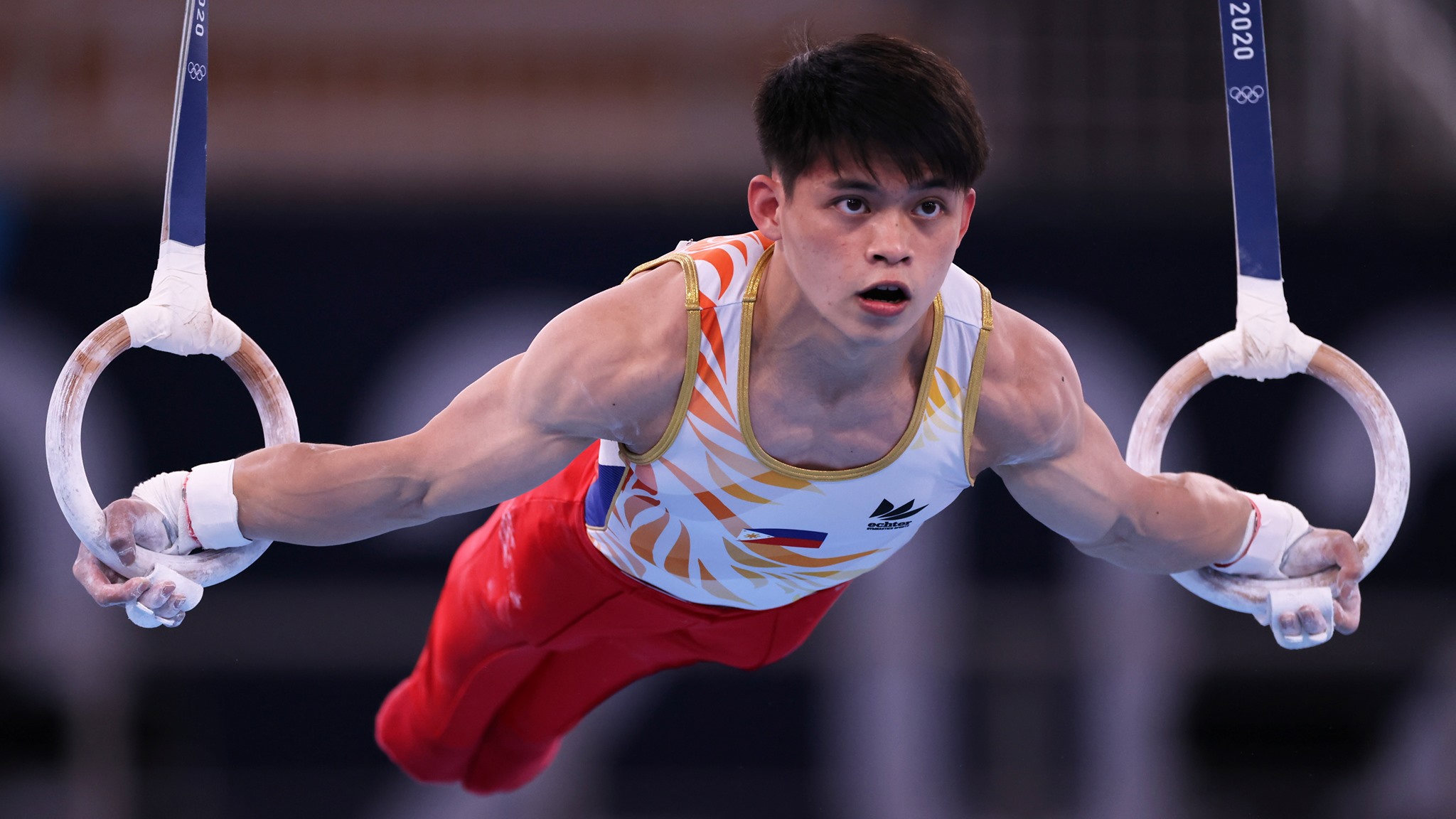 (August 3, 2021) – A piece of redemption was reclaimed in Carlos Yulo’s final performance in the Tokyo Olympics, which saw him narrowly missing a podium finish in the vault event by a mere fraction of a point.

The pride of Manila dished out an impressive showing in his swan song in this year’s Summer Games, recording an average score of 14.716, just .017 points away from bronze medalist Artur Davtyan of Armenia.

Despite this, the 4-foot-11 wunderkind recorded a new personal best and was visibly in high spirits after the competition, a huge turnaround from Yulo’s gloomy disposition after the preliminary round that saw him bow out of all events except for the vault.

In a Facebook post moments after his near-bronze medal finish, the ever-modest Yulo embraced the sorry fate of his first Olympics adventure and vowed to come back even stronger.

A sure boost to Yulo’s confidence entered the comments section a few minutes after, as none other than weightlifting wonder Hidilyn Diaz expressed her support to the 21-year old gymnast.

Yulo was quick to reply to his “Ate Hidilyn,” thanking her for giving him the needed inspiration to bounce back.

A few days before the opening ceremony of the Tokyo Olympics, Diaz and Yulo snapped a picture together, although they didn’t spend too much time hanging out due to strict COVID-19 protocols. But it’s clear they have always had each other’s back.

It wasn’t the ending that everyone expected from Yulo, who was projected to have a multi-medal campaign in the quadrennial meet. Nonetheless, he is taking all the experiences he gained with him, both good and bad, as he looks forward to representing the country in future competitions.

Yulo plans to stay in Tokyo, which has served as his second home for years now, to prepare for the All-Japan Seniors contest next month.