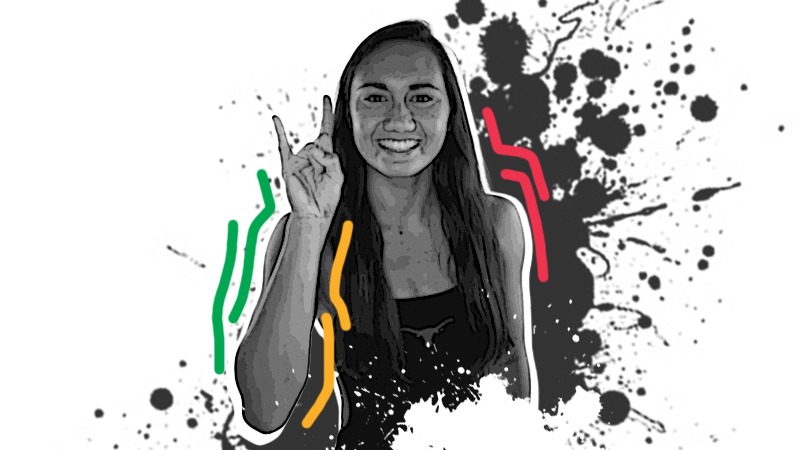 Barring a change of heart, swimmer Remedy Rule will be saying goodbye to the sport that has defined her at the conclusion of the Tokyo Olympics. Regardless of what happens, she will walk away with the distinction of competing with the world’s best.

Rule loved sports as a kid growing up in the United States, but she was drawn to swimming the most. She started really focusing at the age of 10, with aspirations of making it to the Summer Games. She would watch every edition of the quadrennial meet intently, her ambition growing with every stroke, lap, and finish.

“I’ve had this dream to compete in the Olympics when I first began swimming,” said Rule in a report by The Daily Progress. “I remember watching the Beijing Olympics, cheering Michael Phelps on through the television as he went for his eight gold (medals).”

Since then, it’s her lofty ambition that has driven her year after year.

While big dreams can be wishful thinking for many, such was not the case with Rule, who proved as early as high school that she had the talent to compete with the best swimmers. A member of the Western Albemarle HIgh School squad, she copped a total of seven individual state championships, helping the Warriors win four team titles overall.

Rule took her swimming chops to the University of Texas, where she won multiple Big 12 crowns and was named an All-American twice. Then in 2019, she finally came home to represent the Philippines, first in the FINA  World Championships, where she broke Jasmine Alkhaldi’s longstanding national record in the 100-meter butterfly.

This year, the cheerful 24-year-old will finally fulfill her lifelong dream in the Tokyo Olympics due largely to the International Olympic Committee’s universality rule that allots spots to a country’s top-performing tankers.

The consistently solid Rule scored a combined total of 830 FINA points in the 200-meter butterfly and 200-meter freestyle in various competitions. She will join fellow SEA Games medalist Luke Gebbie as the country’s only swimming bets in the 32nd edition of the Summer Games.

A podium finish is quite the longshot for Rule, especially with the United States, Australia, and Germany historically dominating the tank. But she does not mind at all. She has already won, after all, having achieved what she set out to accomplish 14 years ago.

“I can’t think of a better way to end my swimming career than at the meet that is a dream for every single swimmer, the Olympics,” said Remedy in an interview with swimmingworldmagazine.com.

Rule will get that chance on Tuesday. Then she can walk away from the sport she holds so dear—her head high and her heart full. (PM)