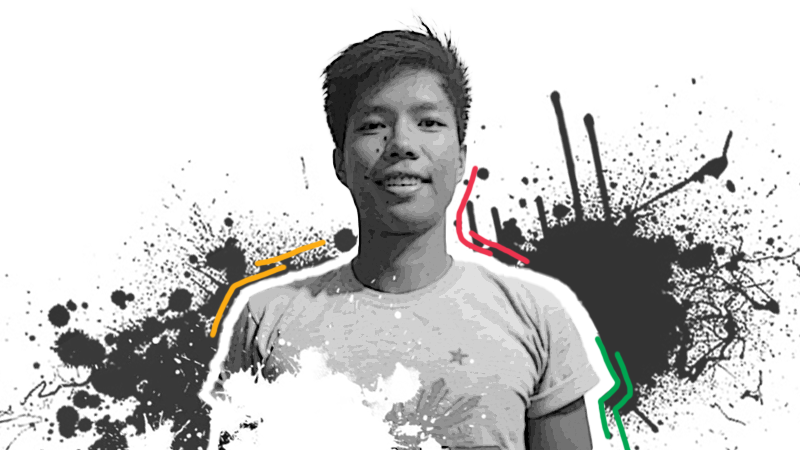 Last May, with the Asia Oceania Continental Qualification Regatta in full swing, national coach Edgardo Maerina called Cris Nievarez rowing’s “last hope,” as he inched ever so closer to booking a ticket to the Tokyo Olympics.

Nievarez would go on to seal the slot by barging into the semifinals. In the process, he became only the third Filipino rower to secure a ticket to the quadrennial meet after Ed Mirena in 1988 and Benji Tolentino in 2000. Now, the humble, unassuming lad from Atimonan, Quezon is looking to make the most out of the opportunity.

“Now that I’ve reached our goal of qualifying for the Olympics, it inspired me to train even more powerfully,” said Nievarez in an interview with Algulf.net.

Nievarez has trained as hard as he can. He will be competing in the single rowing boats (M1x), where he will surely give up much in terms of size and heft despite being 6—and even in technique. Nievarez, though, knows fully well the challenges that await him.

“These are things that need to be improved so that I can keep up with the strongest rowing from other countries,” said Nievarez in a press conference last May. “I have to work on my style and try to stick to medals during races.”

Just keeping up with the field will be a tall order for the 21-year-old Nievarez, who first got introduced to rowing in 2015 as a skinny, wide-eyed teenager with nary an idea on how to make a pair of oars, much less use them.

The youngest of three siblings, the athletically gifted Nievarez quickly caught on to rowing, grasping the sport’s finer points in just a few months. By the end of 2015, in fact, Nievarez secured a spot in the national team, along with the very person who invited him to the tryouts: Fellow rower and Atimonan native Justine Viñas.

Four years later in 2019, Nievarez proved in his first Southeast Asian Games stint that he belonged in the national team by winning the gold medal in the lightweight single sculls event. He clocked in at seven minutes and 34.27 seconds to top the heavily favored, more experienced Siripong Chaiwichitchonkul of Thailand and Kakan Kusmana of Indonesia.

Nievarez carried his strong performance all the way to last May’s qualifiers and is hoping that there is some more magic left—enough for him to achieve his modest goal of finishing in the top six in the Tokyo Olympics.

While it’s definitely a lofty task, Nievarez is undeterred. After all, the learning curve for him is pretty high.

“Cris is 6’1″ but he’s facing rivals who are 6’6″ or 6’7″ or taller. Honestly, mahirap ang laban,” said team leader Magnum Membrere in a report by Philstar.com. “Cris is still very young, magma-mature pa at made-develop. In rowing, may mga nagme-medal in their late 30s. May mga nagme-medal pa nga in their 40s.”

Suffice to say, the Tokyo Olympics will not be the last time rowing’s “last hope” will go for the top prize. Nievarez is only getting started, and he will definitely be inspiring hope for years to come. (PM)