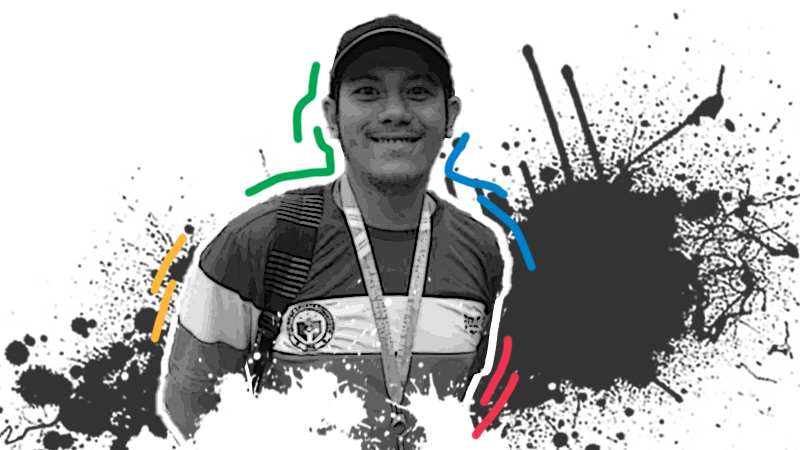 (July 22, 2021) – When Jayson Valdez talks about his Olympic dream, he means it figuratively and literally. Like most athletes, he long aspired to compete in the quadrennial meet. But he is probably one of only a few who had an actual cosmic vision of making it.

In his dream though, Valdez did not just make it to the Summer Games, he actually won a gold medal.

What did happen next was Valdez getting a call from the International Shooting Sports Federation (ISSF) asking him if he was good to go for the Tokyo Olympics.

Ready or not, Valdez said yes.

Just like that, the 25-year-old shooter moved ever so closer to his ambition. On Sunday, Valdez will officially fulfill his dream when he begins his quest for golden glory in the 10m rifle at the Asaka Shooting Range. In the process, he will become the first Filipino shooter to compete in the prestigious event since Paul Brian Rosario Valdez in the 2012 London Olympics.

Valdez, son of three-time Southeast Asian Games gold medalist Julius Valdez, is at best a dark horse, having failed already in his previous attempts to qualify outright for the Tokyo Olympics. Even so, the invite he received from the ISSF is not without merit, as he scored enough points in the qualifying tournaments.

Suffice to say, he simply went through the backdoor. But when the competition begins, he’ll be at the forefront along with the world’s best shooters.

Valdez told CNN Philippines that he lost almost 20 kilos to join the Philippine Army last January. More than the physical benefits, the mental dedication to shed weight should help him focus on the difficult task at hand.

As the contest draws ever so near, Valdez, who has competed in the 2010 and 2018 Asian Games, is staying level-headed in his approach, setting modest goals but keeping an anything-can-happen mindset.

“My immediate goal is to beat my personal record (of 630),” said Valdez. “If I could do that, I’m sure I’ll enter the top eight and go to the medal round. In the top eight, everyone starts from zero. That’s where the pressure sinks in. Kapag nakapasok na ako sa top eights, maghanda na ang buong Pilipinas.”

Valdez may have added that last bit good-humoredly, but he may be on to something. House Deputy Speaker and renowned sports patron Mikee Romero, for one, believes Valdez has a legitimate shot at winning a medal.

Whether or not that maturity will translate to a podium finish for Valdez in the Tokyo Olympics remains to be seen. But if he can, indeed, make the top eight, then the next time the country will see Valdez will be with a gold medal around his neck—as it was in his dream. (PM)