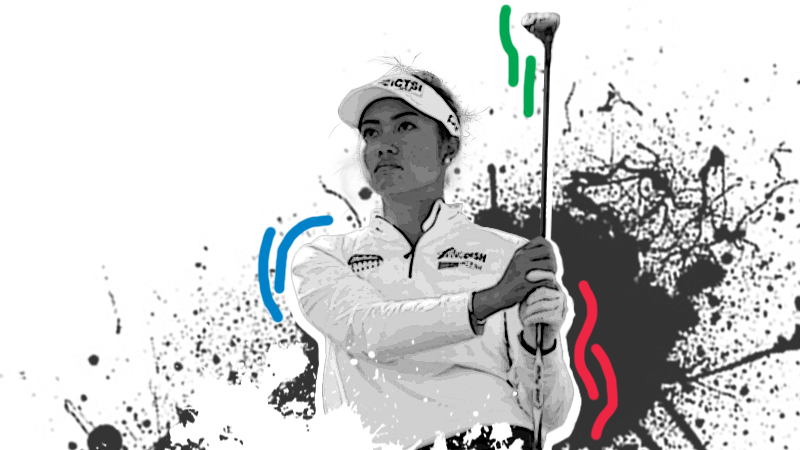 Just a little over a month ago, Bianca Pagdanganan watched as her good friend and teammate Yuka Saso made history by winning the US Women’s Open, becoming the first Filipino ever to win a major golf tournament.

Although she did not participate in the tournament, Pagdanganan went to the famed Olympic Club in San Francisco to show her all-out support. When Saso completed her stunning comeback win, it was Pagdanganan who cheered the loudest.

“I think it’s not only good for her, but I think it’s good for the Philippines. She put us on the radar. What she did was absolutely a great thing, not only for golf but for our country,” said Pagdanganan in a report by Golf Digest.

Now, the 23-year old Pagdanganan is hoping that it will be her time to make history as she joins Saso and veteran Juvic Pagunsan in the Tokyo Olympics.

Pagdanganan, who was born in Quezon City, had already gotten the attention of the international golf scene even before turning professional. Before moving to the United States, she dominated the local amateur scene, winning several tournaments, including the Philippine Junior Amateur Open in 2014.

After graduating from Assumption Antipolo in high school, she played NCAA Division I golf for Gonzaga University and eventually for the University of Arizona. In 2018, she added another hardware to her trophy case when she helped the Wildcats win the national title.

That same year, Pagdanganan made her debut for the Philippines in the Asian Games, clinching a bronze medal in the individual event and a gold medal with Saso and Lois Kaye Go in the team event. She then capped off her stellar amateur campaign with two more gold medals in the 2019 Southeast Asian Games.

“Playing for the country is always one of the greatest opportunities that golf has given me because not everyone is given that chance. It’s just different when you’re playing for something bigger than yourself, like representing your own country,” said Pagdanganan in a report by ESPN 5.

For the 23-year-old upstart, playing for the country gave her the confidence to take the next big step in her career, as she announced her decision to turn professional last year.

Soon enough, Pagdanganan finished within the top 10 of her first major tournament in the Women’s PGA Championship. She then finished in third place in the LPGA Drive On Championship.

Now that she is on the cusp of another memorable moment, she hopes to carry all the momentum as she tries to earn the Philippines its first gold medal in the Tokyo Olympics.

“It’s important to aim high. I think seeing how we played throughout the years, like in the Southeast Asian Games and the Asian Games, I think we do have a good chance, especially with the players that we have now at the moment. That would be pretty cool if golf would be the first,” said Pagdanganan.

With the way the country’s golfers have been performing recently, that statement may hold true in the next few days. Maybe this time, it will be Pagdanganan’s turn to bask in the spotlight, with her teammates gladly cheering her on. (PM)