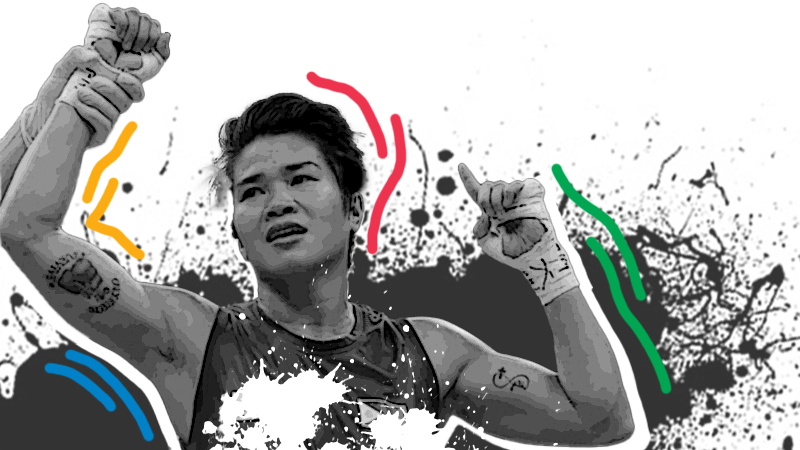 Like so many others, Irish Magno saw boxing as a way out of poverty. She was right. Some 13 years after first lacing up a pair of gloves, her family’s much better off now—with a sturdy house and her sister already a college graduate.

While the financial incentive remains a motivation for Magno in the Tokyo Olympics to provide more for her family, she also has the chance to re-write history.

But the first Filipina boxer to ever qualify for the Summer Games will have to be almost flawless. A bum ankle will only make the task—incredibly difficult as it is already—even harder. But Magno is defiant. This is her stage, her moment, her time to shine. She is not about to give an inch. Never did, never will.

It has been that way ever since Magno first got into boxing—ironically because she wanted no part of doing household chores. In high school and only 16 years old, she went to the town plaza of Janiuay, Iloilo rather than go home. There, while watching a group of amateur boxers in training, she got an unexpected offer to try boxing.

The offer would turn out to be life-changing, but it almost did not happen. Magno hesitated, thinking that boxing was only for boys. She did not like the prospect of getting hurt either—who does anyway? But she was tall for her age and this intrigued the coach, who ultimately convinced her.

Magno trained mostly without telling her parents. She would go after school, often using without permission her father’s shorts. Before long, she was competing in the 2007 National Open Youth and Women’s Amateur Boxing Championship, facing Southeast Asian (SEA) Games gold medalist Annie Albania. Yes, Magno’s first official match was against someone she looked up to, someone she thought of as “really good.”

Nerves predictably got the better of the newcomer, who recalled not being able to throw even a single punch.

“I just covered myself in the corner until the referee counted me out. That was it,” Magno recalled in an interview with GMA.

The loss, to say the least, was humiliating. But Magno took the beating in stride, resolute in her belief that she too could excel in the sport.

Magno soon made it to the national team. Then in 2012, she made her debut in international competition in the Taipei Open. She validated herself by bagging the gold medal, which she followed up with a bronze medal in the 2013 SEA Games. She also won a pair of silver medals in the 2015 and 2019 editions of the biennial meet.

Last year, the 29-year-old fighter punched a ticket to the Tokyo Olympics by outclassing Tajikistan’s Sumaiya Kasimova in the flyweight box-off of the Asia-Oceania Olympic Qualifying Tournament, arguably her biggest achievement.

Her joy, however, was soon counterpunched by harsh reality. Last March, while training in Thailand, Magno bared that she hasn’t received her government allowance for two months, affecting her preparations for the Tokyo Olympics. Worse, she was worried for her family back home.

As expected, she got bombarded by bashers, calling her ungrateful. But her courage to speak the difficult truth led to good things, as support came pouring in, giving her more fortitude to prepare for the Summer Games.

The help was well-deserved—and perhaps 14 years in the making for one of the national team’s hardest workers.

“These are two boxers (Magno and fellow Tokyo Olympics qualifer Eumir Marcial) who really deserve to be in the Olympics because they work hard,” said Association of Boxing Alliances in the Philippines secretary general Ed Picson in a story by ESPN 5. “They’re conscientious and very dedicated to their craft.”

That dedication has lifted Magno’s family out of poverty. It can soon lift her into boxing immortality. (PM)