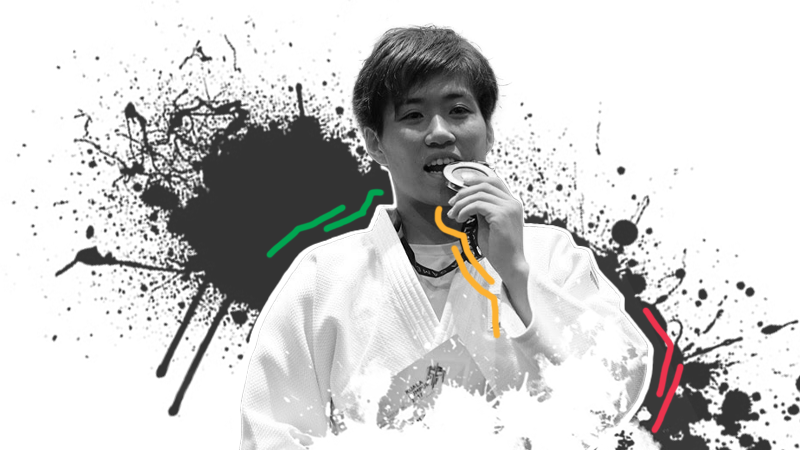 True to her shy and timid nature, judoka Kiyomi Watanabe chose to do her preparations for the 2020 Tokyo Olympics in isolation, away from the fanfare of media interviews and public appearances.

For the past months, the 24-year old Watanabe, who was born in Cebu City, has been in deep training in Japan under the tutelage of her coach and former Asian Games gold medalist Yazaki Yuta.

It’s a completely different story once Watanabe wears her judogi and steps on the mat. The 24-year-old becomes a relentless force that has been terrorizing the competition in Asia.

She has become one of the top judokas in the region, winning consecutive gold medals in the last four Southeast Asian Games and a silver medal in the 2018 Asian Games.

But Watanabe easily could’ve won all of these for Japan, his father’s country. But she chose to represent the Philippines despite living in the Land of the Rising Sun since she was eight years old.

“The Philippines has provided great support to me, so I wanted to make my contribution as the Philippine representative, said Watanabe in a Facebook post in 2019. “The Tokyo Olympics will start soon so I will put my best effort to get a ticket and win a medal.”

Watanabe’s performance in the 2018 Asian Games was an eye-opener for a lot of Filipinos. There, Kiyomi showed that she can compete with Asia’s top judokas, earning the Philippines its very first podium finish in the judo event of the biennial contest.

Still, Watanabe, who will be the first Filipina judoka to qualify in the Summer Games, will face stiffer competition in the Tokyo Olympics against the highly ranked opponents from Europe.

But for Carter, the biggest mistake any judoka can make is to underestimate the unassuming Watanabe, who will be one of the country’s flagbearers along with boxer Eumir Marcial.

Watanabe’s track record for the past 10 years of representing the Philippines speaks for itself. Isolation gives birth to strength. Solitude breeds self-belief. Only a few details might be known on her preparations for the Tokyo Olympics, but one thing is for sure, she’ll be ready for the sport’s biggest stage. (PM)