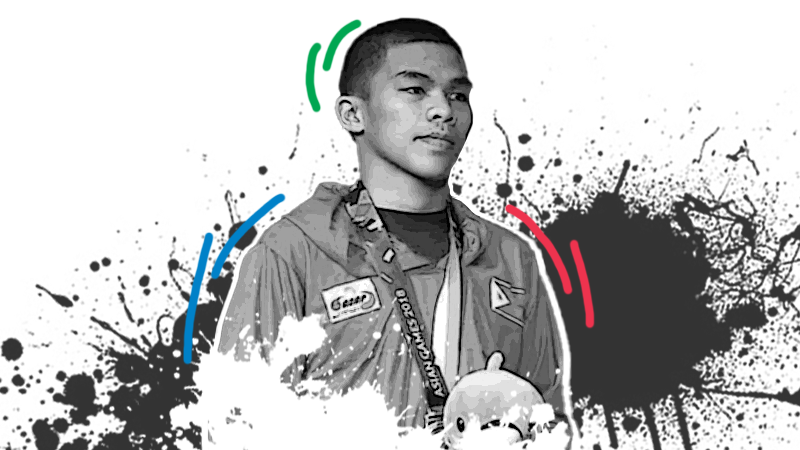 (July 22, 2021) – Since the country’s very first Olympic participation in 1924, the Philippines has earned a total of 10 medals. Five of those coming from boxing.

In a few days, Carlo Paalam will look to add to the count as he takes on his greatest challenge yet, under the bright lights of the renowned Ryogoku Kokugikan Arena in the Tokyo Olympics.

It has been a long and arduous journey for the 22-year old Paalam to get to this point. Back then, he had to pick out garbage around the streets of Cagayan De Oro and exchange them for money to make ends meet for his family. And in a story that is all too familiar, it was boxing that helped them escape the tight grasp of poverty.

In stark contrast to Paalam’s tough and difficult situation as a kid, his first encounter with boxing was light-hearted and frankly, a bit comedic.

He discovered boxing when his neighbor, who happened to be a boxing trainer, asked him to spar with his son. Although life and past experiences have toughened him up, the then-skinny nine-year-old still had his doubts.

Although hesitant at first and with no prior experience, he actually did well enough to impress his neighbor who offered him proper boxing training. In no time, Paalam found himself immersed in the so-called Sweet Science, as he competed in the locally organized “Boxing In The Park” held every Sunday at the town plaza, where he was eventually scouted by other coaches and officials.

Since then, Paalam has punched his way to national attention. The Filipino boxing community witnessed his rapid rise in the amateur ranks, highlighted by his stints with the national team.

In the 2018 Asian Games, Paalam settled for the bronze medal as he lost via a close split decision in the semifinals. Boxing pundits at that time believed he did enough to score the victory and ultimately should have gotten the chance at the gold medal.

A year later, the hard-punching Paalam made sure that there will be no room for doubts as he dominated the competition to win his first gold medal in the Southeast Asian Games, helping the Philippines assert total dominance inside the ring.

In just a few days, Paalam, now more developed and more skilled, will carry the unrelenting hope of the entire nation for the much-elusive gold medal in the Summer Games.

Paalam knows that the stakes are a lot bigger. But unlike his first sparring with his neighbor’s son, this time, there will not be even an ounce of hesitation. (PM)