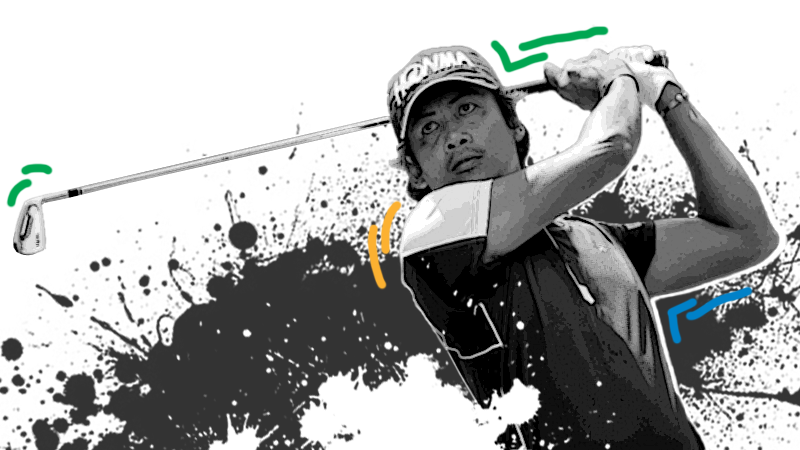 Then seemingly out of nowhere, at 43 years old, Pagunsan won the Gate Way to the Open Mizuno Open last May. It was his first monumental victory in 14 years, and it earned him a spot in the recently concluded The Open Championship, one of golf’s four major tournaments.

“I was a little bit worried that I would never win again,” said Pagunsan. “But I kept practicing, playing, and working on getting mentally stronger.”

The veteran golfer, who hails from Manila, however, did not make the trip to Royal St. George’s in Canada, the site of the 149th edition of the tournament. His decision to skip it cost Pagunsan a chance not only to compete for one of golf’s most prestigious titles but also to earn a purported six-figure appearance fee.

Not that it matters to Pagunsan.

The former Asian Tour no. 1 skipped The Open Championship for something he thinks is far bigger and more important: The chance to represent the Philippines in the Tokyo Olympics.

He will be one of three Filipino golfers competing in the Summer Games, the others being Yuka Saso and Bianca Pagdanganan. Pagunsan will be the second Filipino to compete in the quadrennial meet after Miguel Tabuena, who competed in the 2016 Rio Olympics.

“I am pretty excited to represent the Philippines,” said Pagunsan in an interview by The Perfect Drive PH. “Who knows, baka suwertehin tayo sa Olympics.”

Obviously, he knows that the odds are not in his favor—and by a mile, to say the least. But again, not that it matters. This is not the first time he’s staring at a monumental hurdle. Like a crucial swing behind a tree.

Despite an illustrious amateur career, little was expected from Pagunsan when he turned professional in 2006 at the age of 27. But he exceeded expectations, qualifying for the Asian Tour right away on the strength of four top 10 finishes that season. He also earned over $290,000 for the year, a figure that to this day remains the most successful Asian Tour campaign in terms of earnings.

Then came the drought. From 2008 to early 2021, Pagunsan recorded eight runner-up finishes in the Asian Tour and another seven bridesmaid tags in the Japan Golf Tour Organization. Almost but not quite became a familiar story for Pagunsan.

He was due for a breakthrough. His history of heartbreak suggested otherwise.  This contradiction made Pagunsan’s victory in the Gate Way to the Open Mizuno Open all the more remarkable. That he did so in the most unusual of circumstances—going caddie-less and carrying around 11 clubs rather than the allotted 14—made it even more impressive.

“It is nearly 11 years in Japan right now and I always came up second but last week I broke that curse and I did it, I finally won,” said Pagunsan. “Hopefully I can win again, every year, and every tournament I keep positive.”

He will need to bring that same positive vibe in the Tokyo Olympics if he wants to beat the odds once more. That, of course, is close to mission impossible with a loaded field that includes world no. 1 John Rahm of Spain, The Open Championship winner Collin Morikawa of Japan, and United States stars Justin Thomas, Bryson DeChambeau, and Xander Schauffele.

Then again, none of that matters to Pagunsan. (PM)